Today is Saturday, so it’s time for me to publish my first 100 New Code Films article of the week. According to the schedule of this series, I will publish two articles in all but four weeks of this year. The purpose of this series is to expand my knowledge of Code films by giving me an outlet for watching and reviewing many American Breen Era (1934-1954) movies which I have never seen before. A lot of things scheduled for 2020 have been cancelled in the last few months, but this series can still thrive. In fact, staying home on Sundays has provided more opportunities for film watching, so I have begun finding myself ahead of my movie-watching schedule! 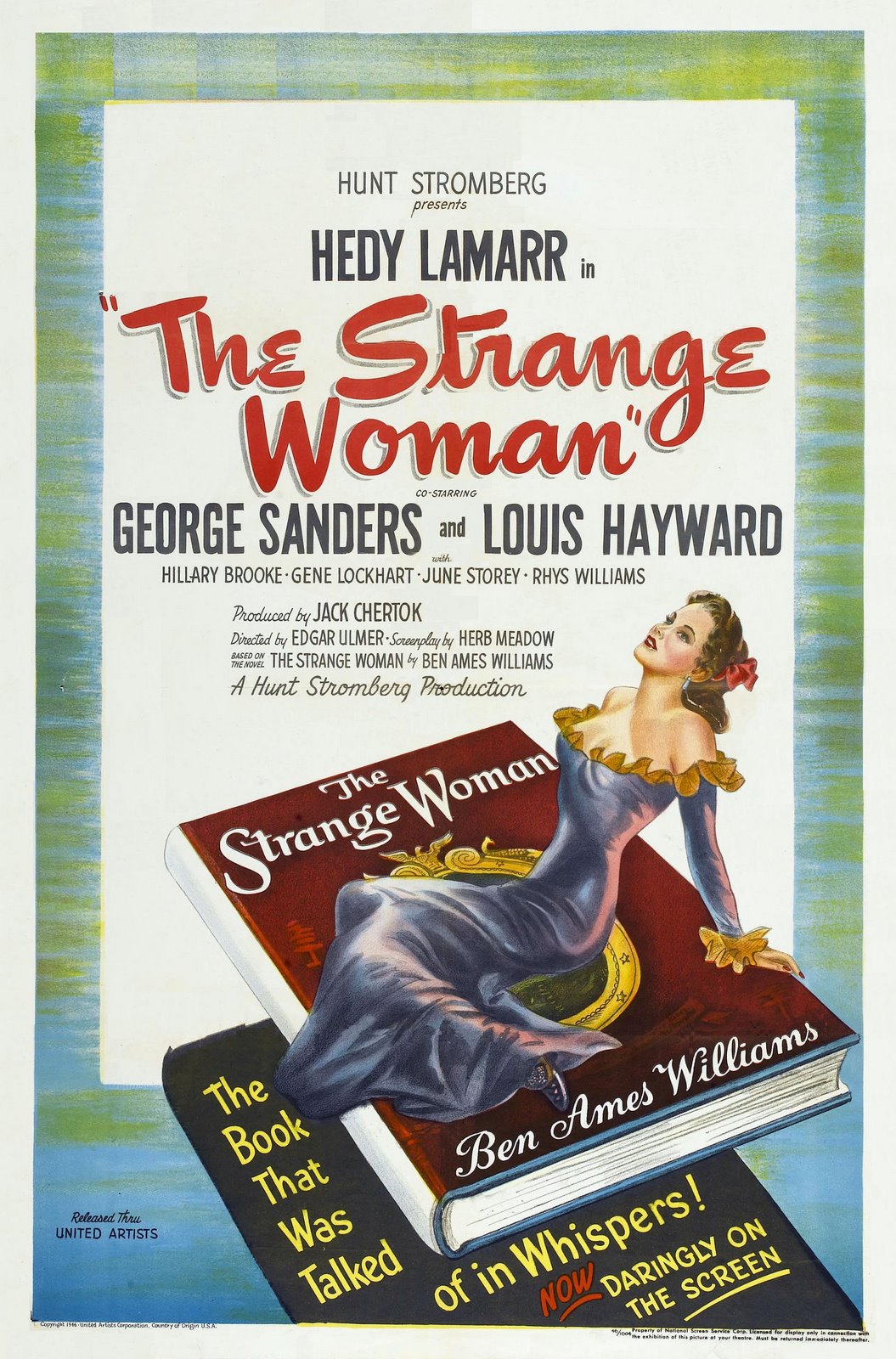 Today’s topic is The Strange Woman from 1946. This is one of the new movies to which I alluded earlier, since I watched it a few Sundays ago but haven’t had a chance to review it before. This film is offered for free on Amazon Prime, so my family and I watched it one Sunday evening. The lovely daughter of the town drunk in a Bangor, Maine, during the 1800s is a vicious little girl who grows up to be a gorgeous but manipulative young woman. When her possessive father beats her before dropping dead of a heart attack, she flees to the house of the wealthiest man in town, a middle-aged widower who she knows is interested in her. As she planned, he offers to marry her and give her the protection and security she deserves. His son, a weak young man her own age, soon returns from college. She seduces the young man, a former sweetheart, into killing his father so that they can be together, only to shun him after he does the deed. Then, she sets her sights on her late husband’s handsome foreman, who is engaged to her best friend. 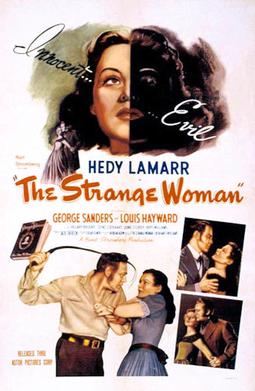 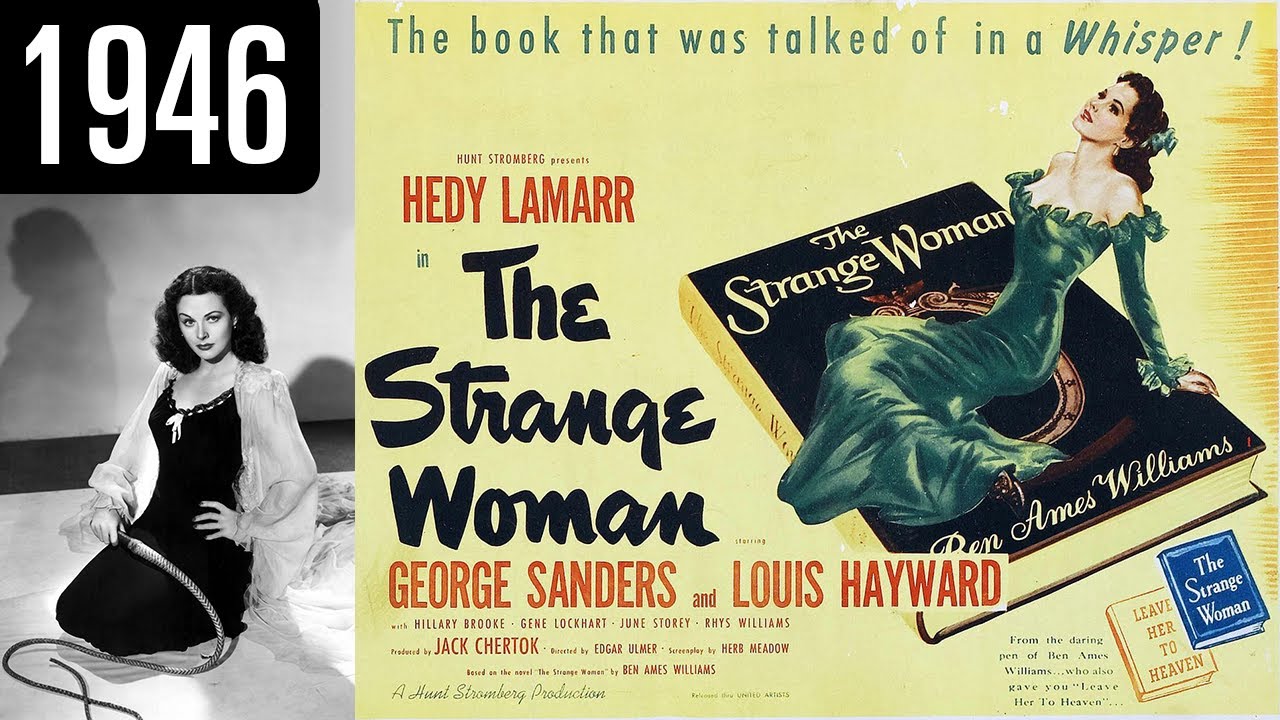 This movie was directed by Edgar Ulmer. It was produced by Jack Chertok and Eugen Schuefftan with executive producers Hunt Stromberg and Hedy Lamarr. The production companies were Hunt Stromberg Productions and Mars Film Corporation, and the film was released in theatres by United Artists . The screenplay was written by Herb Meadow from the novel of the same name by Ben Ames Williams.

This is a good Code film. It handles some difficult topics well. This movie effectively shows that coping with neglect and abuse through manipulation and greed never brings happiness. Jenny (Hedy Lamarr) is a seductress who entices three men, although she only really cares for the last, John Evered (George Sanders). Much like Scarlett O’Hara in Gone with the Wind (1939), she merely uses the other two for her own purposes. However, she has a surprisingly sensitive and generous side, which she shows when donating to the poor and helping her working-class friend. The title is a reference to the adulterous “strange woman” described in the Bible. This film is as much a caution for men against following one as for women against being one. There were implications of Jenny actually luring her stepson, Ephraim (Louis Hayward), into sin, but they were very delicate. There were similar implications with John. However, they were all very delicate. Although this film handled dark topics, I think it dealt with them well. 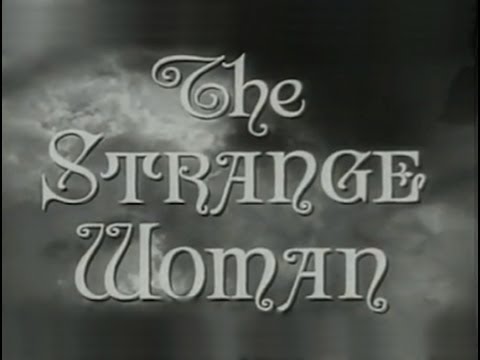 I recommend this film. I found it very riveting. It seemed much longer than it was. Although it ran only about an hour and a half, it had an epic quality which made it seem an hour longer. The acting was excellent. Director Edgar Ulmer said that this movie was the only movie in which Hedy Lamarr truly had the opportunity to act. I wouldn’t say that that is true, but she did get an excellent chance to display her dramatic capabilities in this story. Since this film was made by Miss Lamarr’s own production company, she had control over the content. Thus, she was able to play a role in which she portrayed a woman of a startling but very realistic dual nature. Few people are as entirely “bad” as literature may often present villains. Even wicked people usually have some good, kind, or generous traits. In that respect, the often kindhearted Jenny was very realistic. George Sanders gave an unusual performance in this role of a right-meaning man who is deceived by the beautiful “strange woman.” Louis Hayward was perfect as the tortured young man who had to see the woman he loved married to his father. Gene Lockhart was very effective as Isaiah Poster, the generally decent older man who undeniable lusts after Jenny, although he never considers an immoral relationship with her. The filmography is very captivating and mood-inspiring, especially with its dark lighting and use of candles. The period costumes are beautiful. Although not a big studio production, this is an excellent movie. I think you will enjoy it.