Today is Sunday, so it’s time for another 100 New Code Films articles. I always publish my second article of the week on Sunday, the week’s end. This series is a semi-weekly one for 2020. During this year, I will watch 100 American Breen Era (1934-1954) movies in all. Since I will publish two articles in this series in all but four weeks of this year, these articles can easily be paired with other events, such as blogathons. By writing about new Code films which fit certain themes, I can participate without writing additional articles. 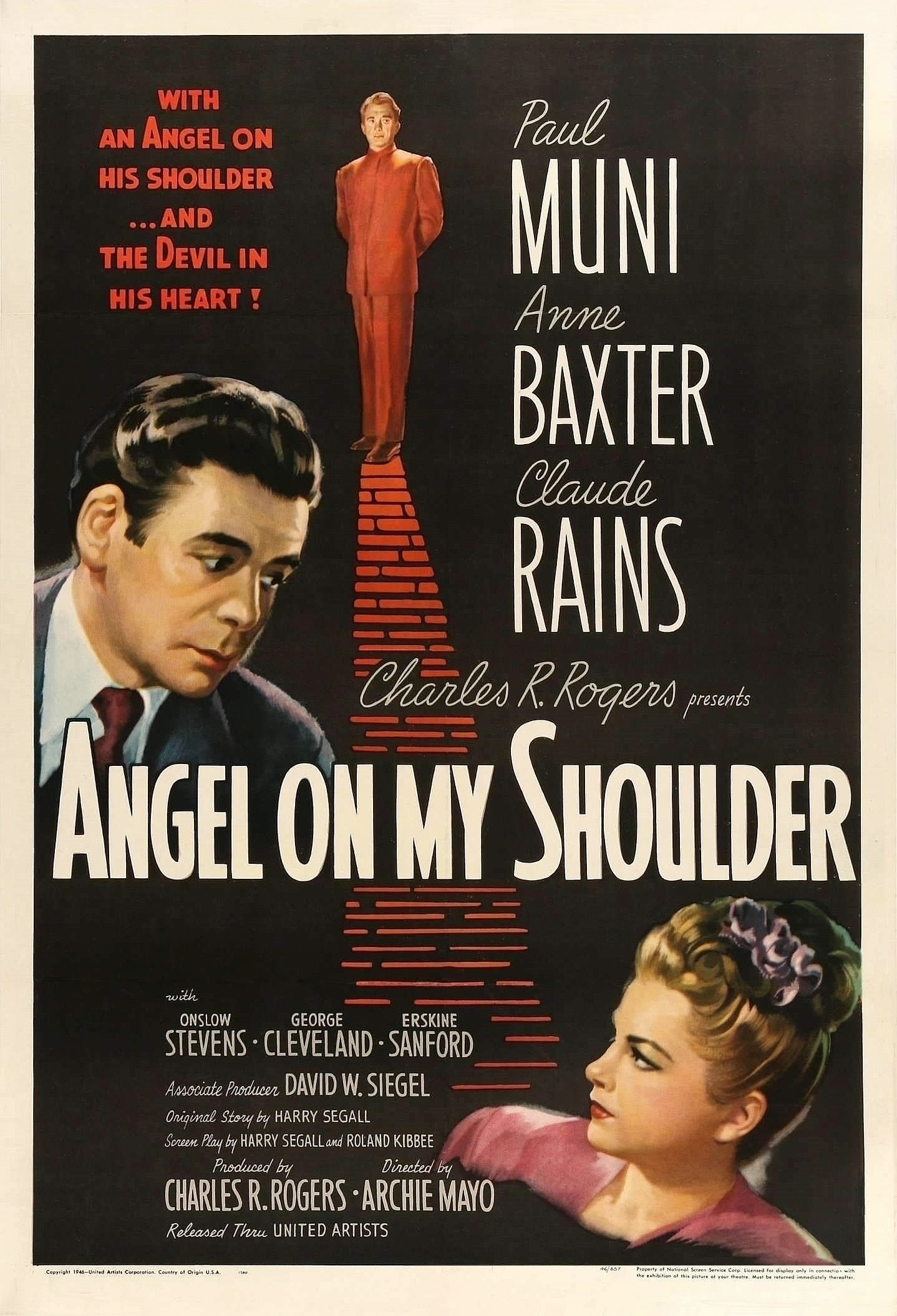 Today’s topic is Angel on My Shoulder from 1946. My sister and I have been curious about this film for some time, as Claude Rains fans. We were fascinated by the idea of seeing him as the devilish counterpart of Mr. Jordan. Since it is offered for free with Amazon Prime, I was just waiting for the right opportunity to review it as a new Code film. When I heard that May’s topic for Genre Grandeur at MovieRob is reluctant heroes, I decided that this would be a good opportunity to review this movie. We watched it this afternoon. 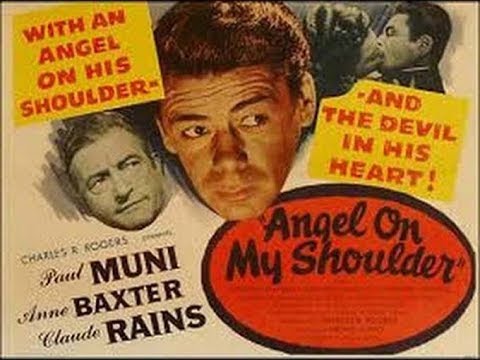 Right after getting out of jail, a gangster is shot by his childhood friend and business partner. While the double-crosser is left the sole owner of the racket, the gangster finds himself in the underworld, where he insists he will break out and seek revenge on his killer. When the Devil himself recognizes a resemblance between the rebellious doomed soul and a pious judge who is depriving his domain of many sinners, he decides to make a bargain with the gangster. Telling him he is just a fellow inmate, he convinces the gangster that he can help him get back to earth and get revenge if he will help him. They make a deal, and the gangster soon is fused into his lookalike. His uncouth behavior puzzles and concerns his manservant and his beautiful fiancee. Although he intends to follow the Devil’s instructions to dishonor the judge, he accidentally makes him more revered and popular than ever before. Meanwhile, growing feelings for the judge’s fiancee make him rethink his evil ways. 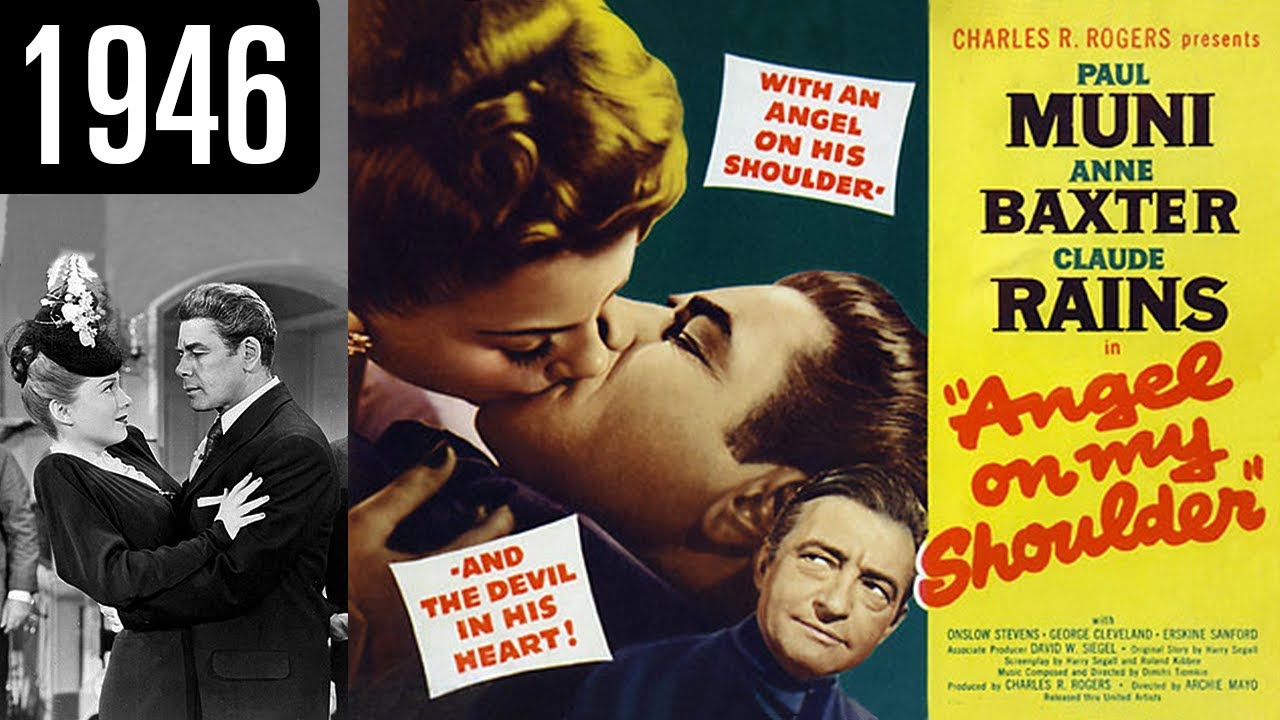 This movie was directed by Archie Mayo. It was produced by Charles R. Rogers with associate producer David W. Siegel. The production company was Premier Productions, and the film was released by United Artists. The screenplay was written by Harry Segall and Roland Kibbee. It was from a book by Harry Segall called Satan and Me. 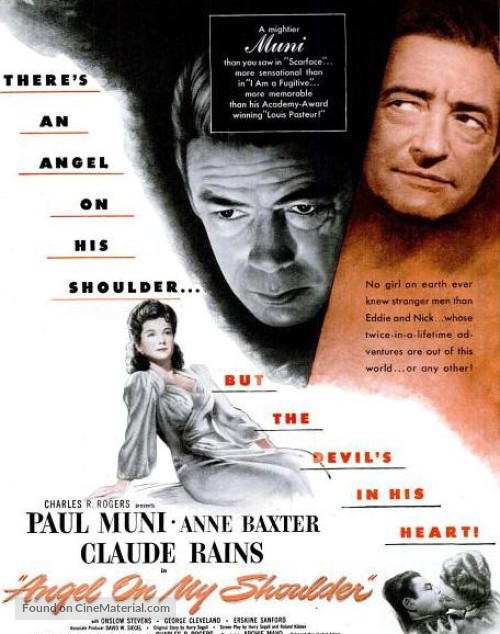 This is a good Code film. There is nothing objectionable about the film. In fact, it turned out to be a film with a very good moral. The only really dark and potentially disturbing part of the film is the opening sequence in hell, which Rebekah astutely pointed out the first depiction of the underworld in a Code live-action film. This chilling sequence draws from literature such as Dante’s Inferno and Biblical references to create a view of the unholy afterlife which, although unrealistic to most religions, is something anyone would want to avoid at all costs. The word hell is never used in this movie, nor is the name Satan ever applied to Nick (Claude Rains), the supreme ruler of the smoldering depths. Instead, he is called Beelzebub, Mephistopheles, and the Devil. This was probably to avoid the Satanic connotations of the other words. Instead of the Satanic title of the novel, Satan and I, the film put the focus on the heavenly influence which can defeat the Devil, angels and God, with the title Angel on My Shoulder. There is nothing objectionable about any of the gangster sections of the film, which do not contain undue violence. Although it features depictions of hell and demons, this film focuses on the importance of moral living and resisting temptation. 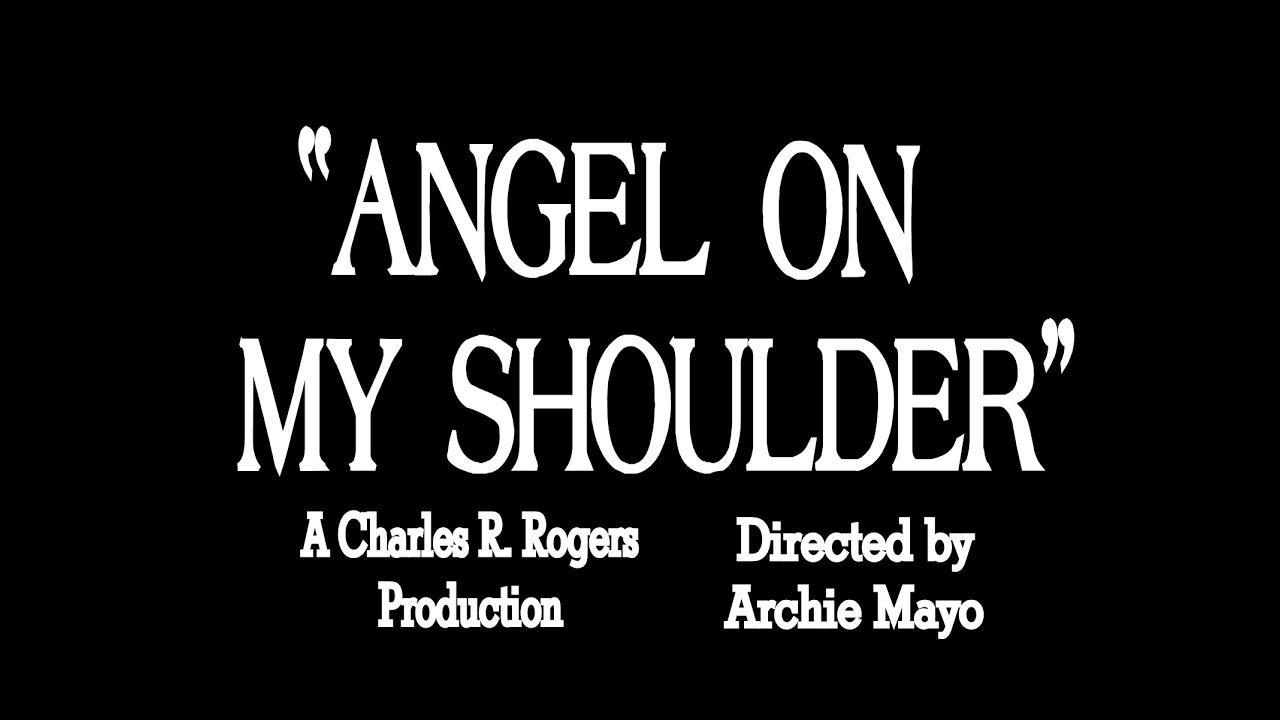 I highly recommend this film. It features excellent acting and very effective cinematography. This is the first time I have seen Paul Muni looking his own age in a film. I found his gangster persona in this film very convincing; I can imagine how he would have been very good in Scarface. However, this role also encompasses the sensitivity which he showed in other roles, such as in The Story of Louis Pasteur from 1936. The scenes of Eddie, the gangster, acting appalling out of place as Judge Fred Parker are hilarious. The slight nervous breakdown which the overworked judge was having provided the excuse that he was reverting to his impoverished roots because of the stress of his campaign for state governor. Claude Rains is sly, wryly humorous, and sometimes extremely creepy as Nick, the Devil himself. He maintains his droll but refined persona, adding an extra sinister quality to be subtly demonic. Some of his best scenes are when he is loitering in the background, unseen and unheard by everyone but Eddie. Even when he isn’t speaking, his facial expressions say it all. Anne Baxter is wonderful in this role. This is the first time I have seen this lovely actress in a thoroughly nice role. The other two parts I have seen her play are the devilishly manipulative invalid in Guest in the House (1944) and her Academy Award-winning depiction of a tragic alcoholic widow in The Razor’s Edge (1946). She gives a wonderful performance in this film as the devoted fiancee who is heartbroken to see her beloved Fred turning neurotic. However, she sticks to him no matter what. The doomed love story between the impostor Fred and his lookalike’s betrothed is very endearing. If you have ever wanted to see a Golden Age film version of C. S. Lewis’s The Screwtape Letters, this is about as close as you can get. 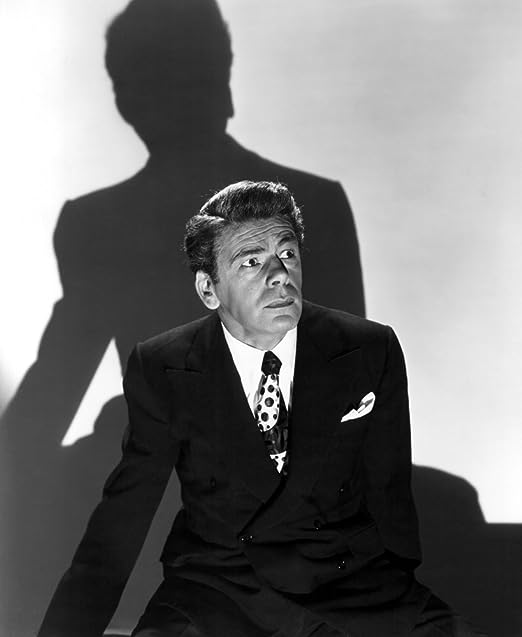 Every month, Rob of MovieRob hosts Genre Grandeur, a series in which other writers write articles about the topic of the month. All entries must be sent to him by the 25th of the month. At the end of the month, Rob republishes all the entries on his website. The topics are suggested by other writers. This month’s topic is Reluctant Hero Movies, which was chosen by DJ Valentine of Simplistic Reviews. Angel on My Shoulder falls in this category because Eddie Kagle (Paul Muni) is about as reluctant for heroism as a character can be. He begins the film as a jailbird gangster who is ready to get back to racketeering after getting out of jail. After dying, there is not a trace of remorse or even misery about where his soul has been sent. He just wants to get back to earth to kill Smiley Williams (Hardie Albright), his childhood friend who killed him. Although he makes a deal with Nick to impersonate Judge Parker in exchange for being made human again, he quickly pursues his own purpose. He basically tries to run out on his shady deal with the Devil to kill Smiley by hopping a plane to St. Louis. However, Nick quickly brings him back to cause trouble for the judge’s reputation. Such a man seems like the last person who would end up being a hero. Indeed, it is purely accidental when he makes the judge look even more heroic than before. However, he begins to be effected by the sweetness of Barbara (Anne Baxter), the judge’s fiancee. He starts to develop feelings for her. Although Nick is initially able to control him with reminders about his desire for revenge, his affection for Barbara soon grows stronger than that desire. He ultimately becomes heroic by sacrificing himself for Barbara’s happiness.