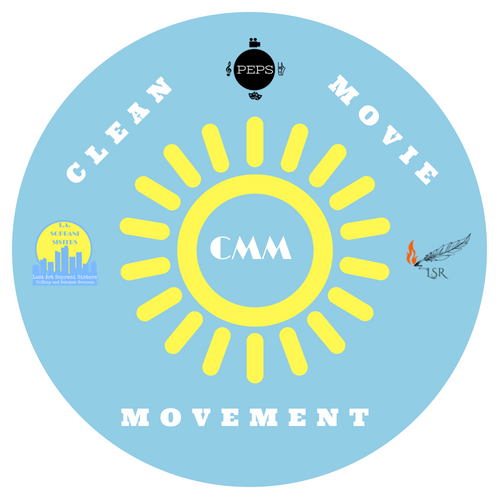 Congratulations! You have reached the home page of the Clean Movie Movement!

This is the hub of the fledgling movement for pure and decent entertainment in America, started by the Brannan family. This movement aims to regenerate decency in society by bringing back production codes for the entertainment industries. The scope includes all forms of entertainment, both popular ones, such as television and movies, and classical ones, such as opera and ballet.

The Clean Movie Movement is composed of three organizations, the Pure Entertainment Preservation Society, the L. A. Soprani Sisters, and the yet-to-be-launched Legion of Scriveners for Reform.

The Pure Entertainment Preservation Society (PEPS) is an organization dedicated to reforming the arts in America. It is the foundation organization of the whole movement. It was founded on October 17, 2016, by Tiffany and Rebekah Brannan, then fifteen and twelve. This organization is interested in four main fields, represented by the images in its logo: film, classical music, particularly opera, ballet, and theatre. We believe that all the arts in America and the world have been decaying in recent years. Our organization’s central belief is that the replacement of the Motion Picture Production Code with the Classification and Rating Administration in 1968 led to the decay of society and all the arts. PEPS’s main goal is to reinstall the Code, regenerate Hollywood, and return the other arts to their pure states.

Save the arts in America!

The L. A. Soprani Sisters is a singing duo started by the Brannan sisters on May 15, 2018. L. A. stands for Lost Art, what we are trying to bring back, as well as Los Angeles, where we are trying to bring it back. This is a sister organization to PEPS. We have the same goals, but we sing to share them with people, since we are both classically-trained opera singers. We perform concerts of classical songs which represent concepts, themes, or movies from the Golden Age of Hollywood. Our programs tell the story of the Code and its influence on Hollywood through our songs, Tiffany’s narratives, and accompanying slides. Click here to go to our website, where you can learn more about us, see pictures of us, read about our programs, watch and hear videos of us, and hire us for your event!

The Legion of Scriveners for Reform is the third organization in the Clean Movie Movement. We are working on launching this newest endeavor. It will be a group of concerned citizens who write letters to influential people about important issues in our society. More information will follow when it is officially launched.

You know the power of one good letter?

The Clean Movie Movement is symbolized by the morning sun, since its motto is: Only the Code can make the sun rise on a new day of pure entertainment. Its colors are light blue and bright yellow, the colors of the sky at dawn. You can use these colors to support the movement.

We are the Tiffany and Rebekah Brannan, L. A. Soprani Sisters, the primary authors of this website’s articles, and we ask you to become supporters of the Clean Movie Movement today!

News from the Clean Movie Movement 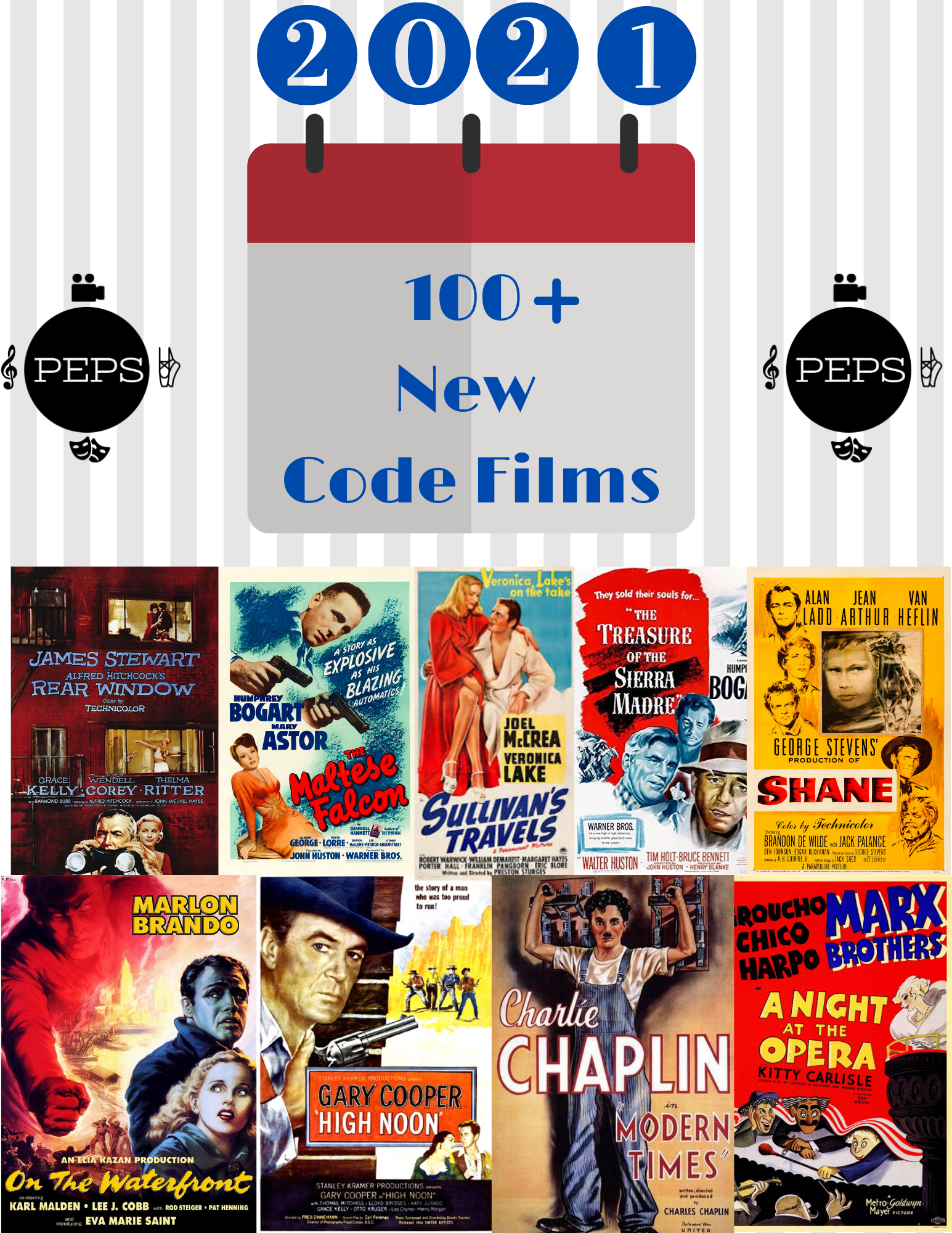 In 2021, we are discovering as many never-before-seen American Breen Era (1934-1954) movies as possible through 100+ New Code Films. Every this year, I am going to watch at least two Breen Era films which I have never seen before and write an article about each. In each article, I will mention the film’s plot, cast, production notes, and Code classification, as well as whether or not I recommend it. Thus, I will watch and review more than one hundred Code films which I have never seen before in 2021. I am encouraging other film-lovers to join the challenge and discover new Code films for themselves. Be sure to visit the afore-mentioned article every week to see my latest articles in the series!

Be sure to visit our website every Thursday to read our weekly Breening Thursday articles. On Thursdays, we publish articles in which we explain how films made outside of the American Breen Era (1934-1954) could have been completely Code-compliant. By imitating the Production Code Administration’s process of self-regulation, which hope to show how breening improves films. 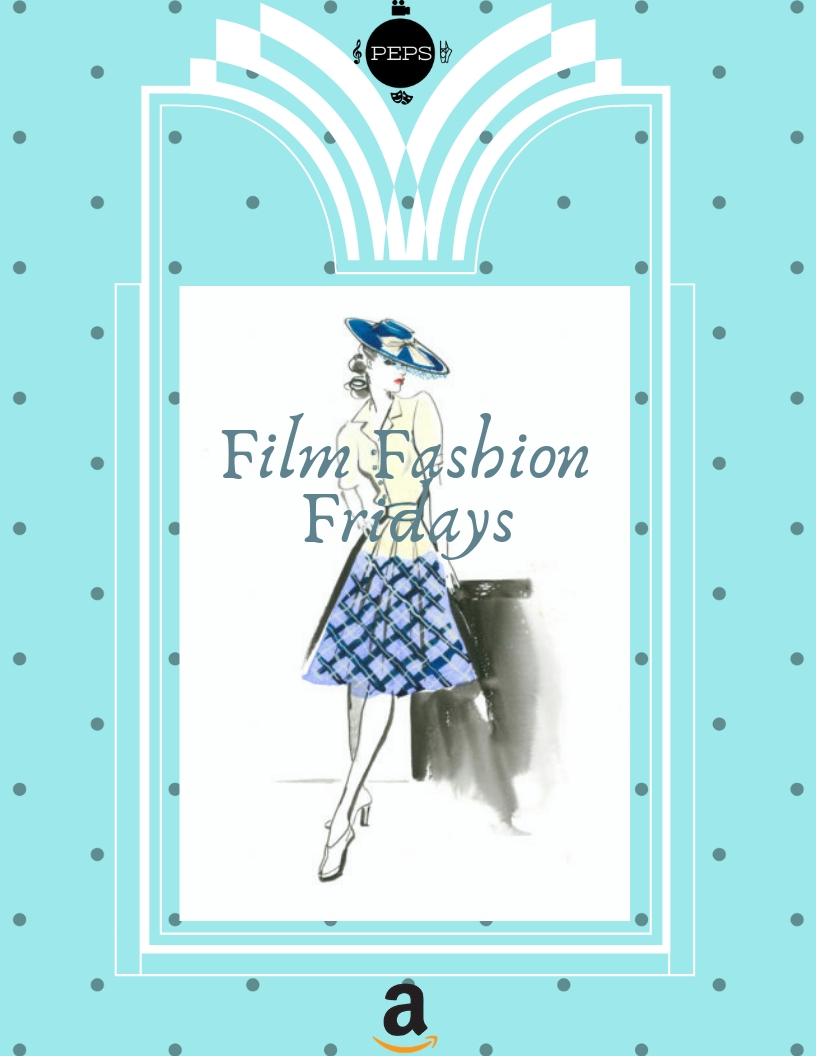 Don’t forget to come back on Friday to read our third weekly series, Film Fashion Fridays. Every week, I choose an outfit from a Breen Era film. Then, I describe how you can get a similar look with modern products. I might focus on just one aspect of the outfit, or I may discuss the entire ensemble. In other articles, I focus on one aspect of vintage fashion, using examples from multiple films and ads. I sometimes provide photographs of us to show how these vintage outfit ideas look in a current situation. In every article, I provide links to Amazon so that you can buy recommended products. I alternate between ladies’ and gentlemen’s fashion, since there is a vintage style for everyone! Read these articles if you want to be a Glamour Girl or a Dapper Dan. 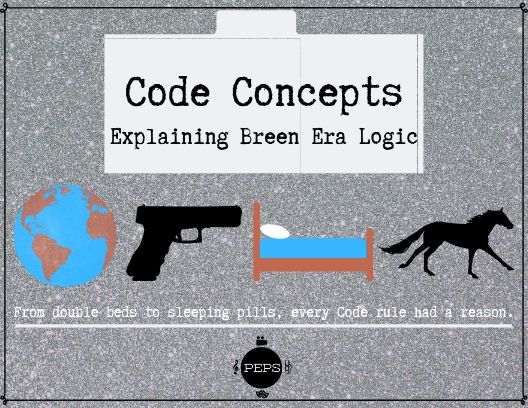 Since July was #CleanMovieMonth85, we replaced our weekly un-Code series, Breening Thursdays, with a weekly series about different aspects of the Code, Code Concepts, throughout the month. This new series is dedicated to explaining the most important aspects and debunking the most common myths of the Code. Starting in October, we are dedicating one Thursday each month to a Code Concepts article. If you have questions about the Code at large, a certain aspect of the Breen Era, or even an individual film which befuddles you, please leave a comment and tell us about it! We will answer your question with an article. 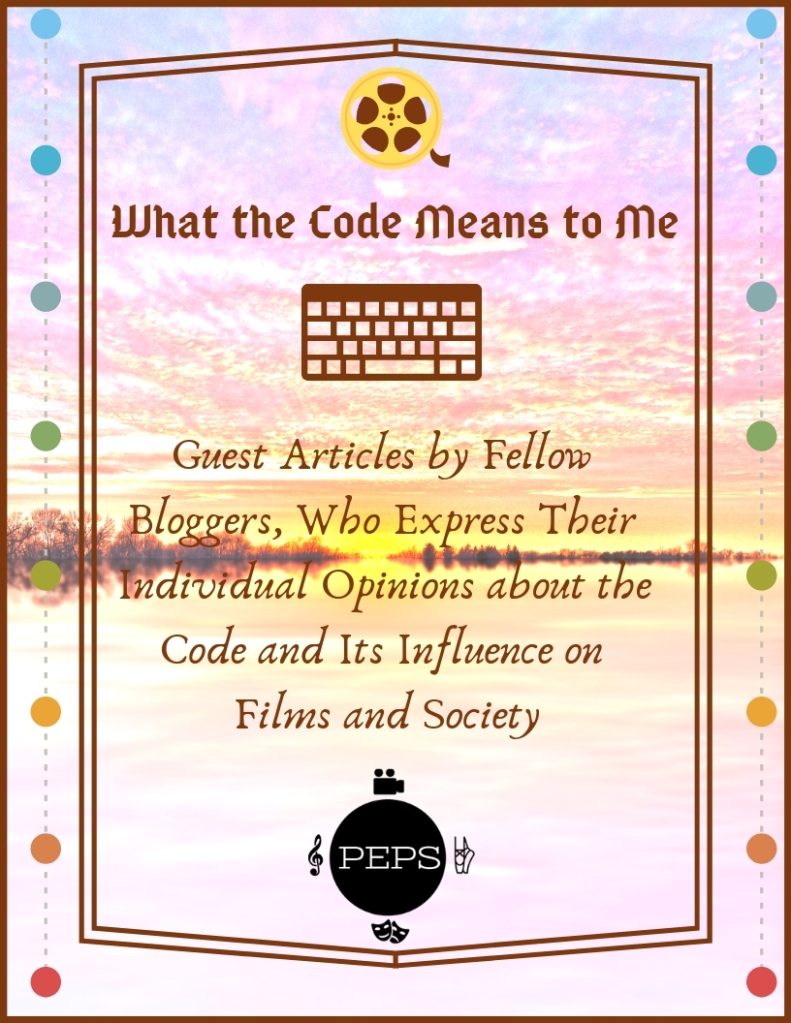 In 2019, we are beginning a new series, What the Code Means to Me. It is a monthly series of guest articles. Every month, a different blogger writes an article about his thoughts and opinions on the Code or one of its aspects. Then, he gets to choose the topic for the next Breening Thursday article. It is a good chance for us to compare our opinions on this unique aspect of film history. Visit the page to sign up to be a participant yourself!

We recently started a new, on-going series here at PEPS, The Breen Letters. This is a series of very special articles. They are special and unique because they are not written by us, and you can’t find them anywhere else. These articles are written by the real descendants of Joseph I. Breen. We have been able to connect with many of his grandchildren and great-grandchildren. Many of them have shared information with us. Some of them have agreed to write letters about their ancestor. These letters include intimate, personal family information which is distinct and rare. We are providing this for you for historical research, but mostly to show the real and wonderful man behind the Code, Joe Breen. Keep checking this for more articles from Breen family members!

You know the power of one good letter?