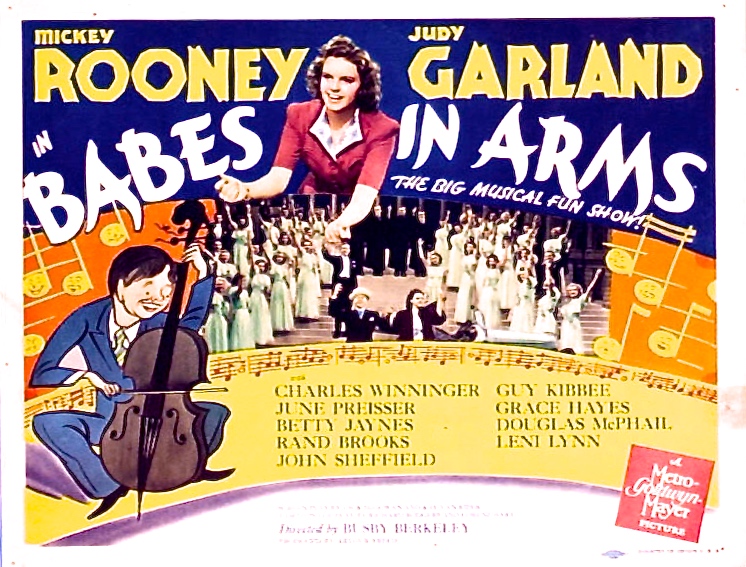 Today’s highlighted film is Babes in Arms from 1939. This is the story of a son of vaudevillians who is eager to start his own career in show business as a performer, playwright, and composer, despite his father’s insistence that he avoid entertainment. When the has-been showfolk go on the road to make a comeback, their children plan a show to raise the money their families need and avoid being sent to trade schools. This film stars Mickey Rooney, Judy Garland, and Charles Winninger. It was directed by Busby Berkeley, produced by Arthur Freed, and released by MGM. This is a perfect Code film because it inspires young people to pursue their dreams and never listen to those who despise their youth, and it includes a very patriotic musical finale. I like this movie because it features a great mixture of serious drama, lighthearted humor, and musical entertainment. My favorite thing about it is the impressive array of young talent which it features and the wonderful story it tells of how they defy all odds to put on their production, a concept which is very close to my heart.