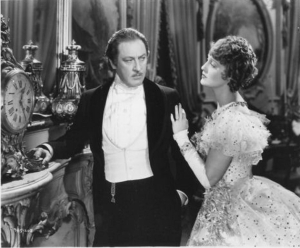 Nicolai Nazaroff is a middle-aged man who has molded many female opera singers for success. He has always demanded romantic affection in return. His most recent protege is Marcia Mornay, a beautiful young American whom he has made one of the quickest rising opera stars in Paris. He is rather harsh, cold, and stern with her, yet there is a fierce, consuming, jealous passion beneath his brooding exterior.

After he has her presented to the emperor, he proposes to her. To his surprise and delight, she accepts him. She does not love him, but she is very grateful to him. Nicolai knows she is marrying him out of gratitude alone, but he does not care; he will take her anyway he can get her. He does not have an unpleasant appearance, but he knows that he is not as young and handsome as he once was. An impetuous midnight outing that night leads Marcia to meet Paul Allison, a handsome young American singer whom she really loves.

That outing also makes her realize how insanely jealous her fiance is. When she innocently returns from her carriage ride, he is angrily waiting for her. Although he reluctantly accepts her excuse, he reveals his possessive and mistrusting nature. Marcia foolishly goes through with the marriage, despite the fact that she has found true love and discovered the dangerous nature of her betrothed. This mistake haunts her for the rest of her life.

In my previous article about Maytime, I examined the story from a Code standpoint, considering the way it had to progress because of the Production Code Administration. I have now found out that the operetta from which this movie comes had a completely different story than the movie. It was standard practice at that time to use the songs from operettas with new stories. Because of this, Joseph Breen surely helped MGM formulate the brilliant, tragic ending for which this film is famous. This can be added to the list of famous Code endings, which begins with Casablanca from 1942!

John Barrymore is very effective and convincing in this role. He conveys the fierce, brooding, tormented spirit of Nicolai brilliantly. Perhaps it is because he could relate to him. He too was tormented.

He assumes a menacing stare which is almost frightening to see. In Hedda Hopper’s gossip column, she said that he found it impossible to memorize lines, so he had to read them from a chalk board out of camera range. This accounts for the way he seems to stare past everyone and everything. Sadly, his sottishness had addled his memory. He had been a drunk since he was fourteen years old. I think that this contributed to his effectiveness in this role. His sedated, brooding manner could be attributed to intoxication during filming. This is also suggested by the way he leans against furniture, stiffly walks, and tips his head forward.

Although his inebriation hindered him in many roles during this part of his career and made him very difficult on the set, Mr. Barrymore is thoroughly convincing in this role. 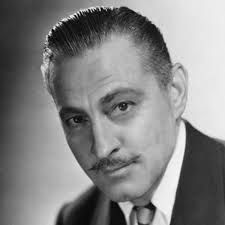 I feel very sorry for John Barrymore. He seems to have been so miserable. He was definitely more handsome and more famous than his older brother, Lionel. 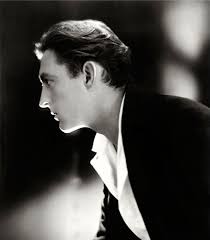 When he was young, he was a very attractive leading man who was called “The Profile.” However, good looks and artistic success often do not mean happiness. Lionel was never as much of a leading man as his brother, so it was easier for him to transition to older roles. In almost every picture I have seen of John Barrymore, whether it is a publicity shot or family photograph, he looks miserable. Even if his mouth barely forms a smile, his eyes have a perpetually tortured look. 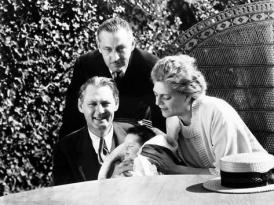 Lionel and Ethel look happy in many family pictures, but John never smiled. I feel sympathy for anyone who was so miserable. Despite his wild, immoral life of perpetual drunkenness and four marriages and divorces, Mr. Barrymore seems to have experienced a deathbed conversion. When he was dying, he returned to Catholicism. 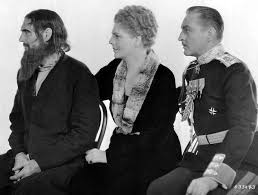 I have seen at least thirteen movies with Lionel Barrymore, but I have only seen two movies with Ethel and one with John. In the near future, I would like to see more pictures from the vast and interesting careers of these talented siblings. There are a large amount of wonderful Code films in which these legendary actors displayed their amazing talent. As I explore these fascinating careers, I will breen pre-Code selections, praise Code productions, and describe enjoyable performances for my readers of this column. I hope you will become a follower so that you will not miss a single article. 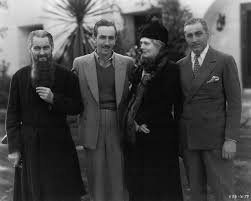 I would like to thank my hostess, Crystal, for inviting and allowing me to participate in this unique, enjoyable blogathon. It has been a real treat. The Barrymores were a unique family, but they also lived in a special time. It was a time which appreciated talent and a time which gave opportunities for the display of great talent. If the Barrymores lived now, they would not be able to display their talents as they did in their own day. There may be people alive today who are as talented as the Barrymores. However, in the modern film industry, they never could have the opportunities the Barrymores had. We must give modern actors opportunities for great performing. The Code would help performers as well as viewers. Your support can make the difference. I believe that Lionel, Ethel, and John Barrymore, who, like the authors and main enforcer of the Code, were Catholics, would want the Code to be brought back to Hollywood.