For the 4th Alfred Hitchcock Blogathon, I wanted to review a movie that was released after 1954 or before 1934. This is because I’m also participating in Pure Entertainment Preservation Society’s A Month Without the Code Blogathon. While searching through Alfred’s filmography, I came across the 1964 film Marnie. The idea of the female protagonist being the center of the film’s mystery was something I hadn’t seen in the other Alfred Hitchcock projects I saw. As of August 2020, I have seen five of his movies, including Marnie. Two years ago, I said The Birds was the worst film I saw in 2018. However, Strangers on a Train appeared in my Honorable Mentions for my 2018 best movies list. Will Marnie appear on my best or worst of 2020 list? That mystery will get solved by reading this review!

The acting: Tippi Hendren worked with Alfred Hitchcock when she starred in The Birds. In Marnie, she knew what to expect with the direction of her performance because of this pre-existing partnership. Tippi was given more acting material to work with in this film compared to the previous one from 1963. Her portrayal of the titular character was well-rounded, allowing her to express a variety of emotions. Marnie and Mark’s honeymoon serves as a good example of this. During a nice evening dinner, Tippi displays feelings of content. But when her character is having a heated argument, she provides a fierceness and strength to Marnie that projects off the screen. Before watching this movie, I had seen some of Sean Connery’s films. Even when the film surrounding him doesn’t hold up, he still gives his performance everything he has, talent wise. When I watched Marnie, Sean’s portrayal of Mark reminded me of Rhett Butler from Gone with the Wind. What I mean by this is Sean had a commanding presence that captured the attention of the audience. He also carried himself with confidence throughout the film. Despite appearing in the movie for about two scenes, I thought Louise Latham’s performance was strong! Without giving away any spoilers, I’ll say her portrayal of Marnie’s mother, Bernice, was powerful in the movie’s climax. It was captivating to watch and had a good amount of emotionality.

The cinematography: One of the staples of an Alfred Hitchcock film is the interesting uses of cinematography that can be seen. Marnie features camera work that was creative and appealing to the eye. My favorite example is when Marnie is stealing the money from the office. While she’s doing this, a custodian is mopping the floor in the same vicinity. The shot shows the custodian on the left side of the screen and Marnie on the right side. As this part of the story played out, it built suspense and left me on the edge on my seat. Another good use of cinematography happened at the beginning of the film. When Marnie is first introduced, her face is not shown on screen. This creates a sense of mystery that surrounds her presence. It’s not until she changes her hair color from black to blonde that we finally see Marnie’s face.

The use of the color red: Throughout the movie, the color red appears in various forms. When a red object crosses paths with Marnie, she reacts with panic and fear. One example is when Marnie and Mark go to a horse race. As soon as she notices the red dots on a jockey’s shirt, she immediately wants to leave. This aspect served as a consistent component of this character. It also allows the audience to engage in the mystery surrounding this visual choice.

The scene transitions: When a cinematic story moves from one scene to another, that transition can make or break the movie’s overall flow. In Marnie, some scenes ended abruptly, causing the transitions to feel clunky. A good example is when Marnie is leaving the office after she steals some money. As soon as she walks down the stairs, an employee shows up and greets a custodian. All of a sudden, the next scene begins. Had these transitions been smoother, the film wouldn’t feel like it was in stop-and-go traffic.

Light on thrills: Before watching this movie, I knew it was classified as a thriller. Because Marnie was directed by Alfred Hitchcock, I was expecting a mysterious and suspenseful tale that fits the brand he created. While it did have moments of suspense, the film as a whole was not thrilling. The majority of the story focused on the drama within the narrative. In fact, Marnie felt like it belonged in the drama genre. If Alfred wanted to try something new and go out of his comfort zone, that’s understandable. Unfortunately, this movie seemed out of character for him.

The run-time: Alfred Hitchcock once said “the length of a film should be directly related to the endurance of the human bladder”. However, it seems like Alfred forgot his quote when he directed this movie. Marnie is two hours and ten minutes. Because of this creative decision, some scenes were drawn out longer than necessary in order to satisfy the run-time. One example is a conversation between Mark and Lil after Marnie goes horse-riding. Personally, I thought this scene went on for too long. Had scenes like that one been trimmed down, it might have put the film’s run-time under two hours.

Alfred Hitchcock is a director who has created a distinct brand for himself. Known as the “Master of Suspense”, Alfred’s work consists of mystery and thrills. This decision is the reason why Marnie sticks out like a sore thumb. I want to make it clear that this is not Alfred’s worst film. The mystery itself was intriguing and the creative choices involving visuals were interesting. But the drama in this story overshadows the thrills, making the overall project feel like it should have been classified as a drama. As I said in my review, this felt out of character for Alfred. It would be like if an author like Debbie Macomber, an author known for writing heart-warming stories, published a gruesome murder mystery novel out of the blue. This would feel out of the character for the brand she created. Because this is my first review for A Month Without the Code, it’s time for me to point out how Marnie could be “breened”! I believe this story could be made into a Breen Code era film. However, these are the things that need to be changed in order for this to happen: 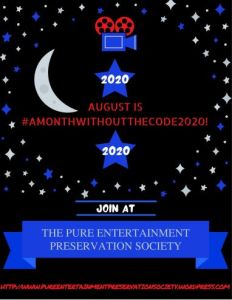