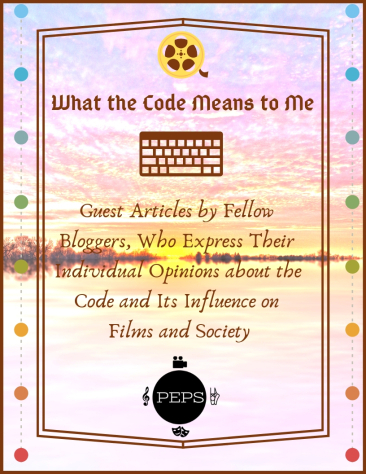 This article was written by Ruth of Silver Screenings. Her analysis of the Code’s influence on justice in Golden Era films is the October 2020 entry in our guest series, What the Code Means to Me. It was originally published on her website here. Ruth, thank you for contributing the eighth article to our series exploring other writers’ opinions on the Code! 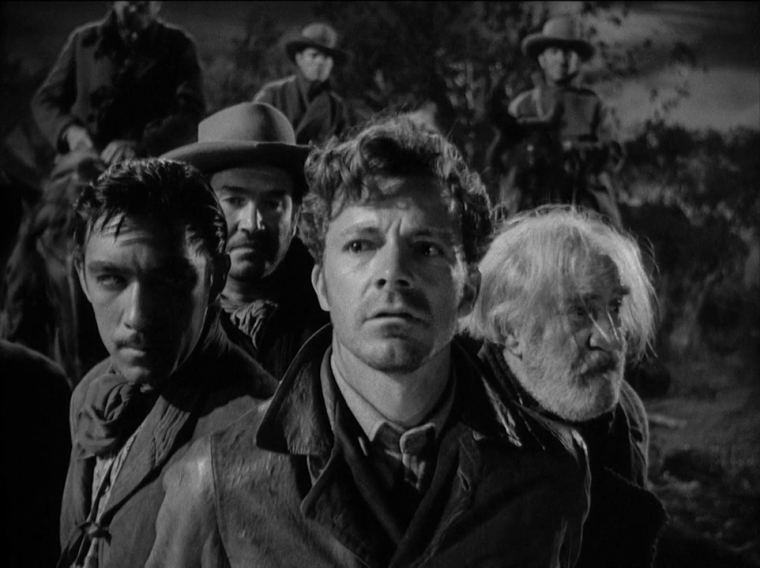 Innocent men prepare to be lynched in The Ox-Bow Incident (1943). Image: Did You See That One?

Have you ever been the victim of an injustice?

Maybe a false rumour got you fired. Perhaps a loved one was hit by a drunk driver. Maybe someone you trusted emptied your bank account.

Of all the unjust acts committed against you, how often were you recompensed, if ever?

Sadly, there are many who will never receive the justice they seek, and that includes those languishing in prison camps or sold into slavery. Who will right those wrongs?

The concept of Justice can be elusive, despite the courts that exist in nearly every country. For many, the concept of Fairness is a fairy tale.

Bette Davis pins vehicular manslaughter on a bystander, In This Our Life (1942). Image: JustWatch

The movies have always had much to say about justice – whether good or bad. During the Classic Era of Hollywood filmmaking (c.a. 1910s to 1960s), themes regarding justice were governed by the Motion Picture Production Code.

The Code was established in 1930, but not fully enforced until 1934. It was an industry creation meant to fend off the threat of government censorship, especially after a number of high-profile Hollywood scandals in the early 1920s – scandals that included suspicious and untimely deaths.

During the 1920s, censorship boards started popping up around the U.S. in response to public complaints about Hollywood naughtiness. As you know, when folks are unhappy about a situation, they demand the government Do Something.

Additionally, there was a nationwide petition, organized by the Legion of Decency in 1933, that collected an estimated 7,000,000 to 9,000,000 signatures¹. This led to a significant decrease in box office receipts and, as you know, that spells Trouble with a capital T.

So what’s a Studio Exec to do?

Adopt the Production Code, of course. Adherence was voluntary, but it was a nifty Public Relations maneuver, to prove Hollywood was Listening and was willing Clean Up Its Act. 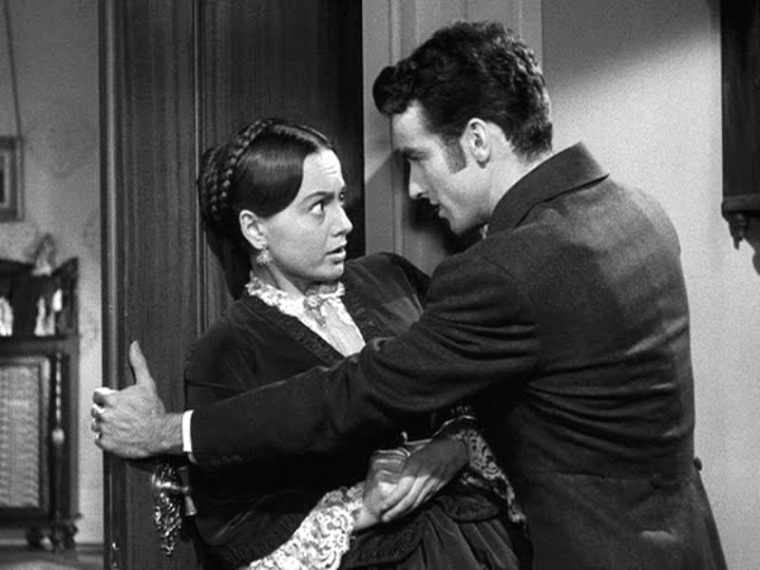 The Code has been criticized for some/all of its Rules, such as prohibition of interracial marriage and profanity. Our purpose today is not to examine criticism of the Code, because there are many writings on that subject.

We do, though, want to point out some Code stipulations that are still, surprisingly, relevant. For example, filmmakers were never to make rape the subject of a comedy, and they were asked to show a fair representation of the “history, institutions, prominent people and citizenry of all nations”.²

There’s one other rule we like, and it has to do with the idea of justice. The Code reads:

This principle extends to other situations. A ruthless politician terrorizes his constituents? Behold, here is a successor who gives everyone a Fair Shake.

We (yours truly) enjoy this sort of Comeuppance in a film; it’s not something you see in everyday life. Courts, for example, cannot always be depended upon to punish the guilty or exonerate the innocent.

James Stewart is framed by a crooked senator in Mr. Smith Goes to Washington (1939). Image: Empire

Of course, the idea of Good triumphing over Evil is an ancient storytelling trope and is not something exclusive to the movies.

Nor is it exclusive to old movies. Films made today, as far as we can tell, embrace this idea of Good conquering Evil, because it’s something we all want to see. (Never mind that it’s good Box Office Business.) It’s discouraging to see good people lose, and filmmakers realize that.

The authors of the Production Code realized it, too.