It’s that time of year again, folks! For all of August #AMonthWithoutTheCode2020 we will be limiting our watching and reviewing to films made outside of the American Breen era (1934-1954), when Joseph Breen was head of the Production Code Administration (PCA). This month can really make us miss and therefore appreciate even more our favorite Code films. However, if it’s too much for you, you can always get a breath of fresh air from Tiffany’s year-long series, 100 New Code Films.

In 1920, the popular stage and screen actor John Barrymore played the title roles in Paramount’s grand silent adaptation of Robert Louis Stevenson’s immortal novel, The Strange Case of Dr. Jekyll and Mr. Hyde. Eleven years later, in 1931, the studio decided to revive the story with the new phenomenon of sound. They originally hoped for the great Barrymore to reprise his portrayal of the infamous dual role. However, when he turned the role down, it eventually went to a young actor quite noted for bearing a striking resemblance to him, Fredric March. From his hair styling to his make-up design to his frequent profile shots, it is quite apparent that the filmmakers sought to portray their new lead as a second Barrymore. However, with his remarkable performance and distinct acting style, he distinguished himself admirably in the role, winning his first Academy Award for Best Actor and gaining the movie the first Oscar granted to a horror film. However, from Hyde’s horrific appearance to the brazenly loose character Ivy Pearson, this dark pre-Code film is riddled with problems. In my article, I will show how this film, with the guidance of the PCA, could have been made clean and appropriate for all audiences. Now, the lights dim, the theater hushes, and the dark screen transforms to a moving picture! Now, remember that it is unscientific not to admit the possibility of anything, because here comes Dr. Jekyll and Mr. Hyde! 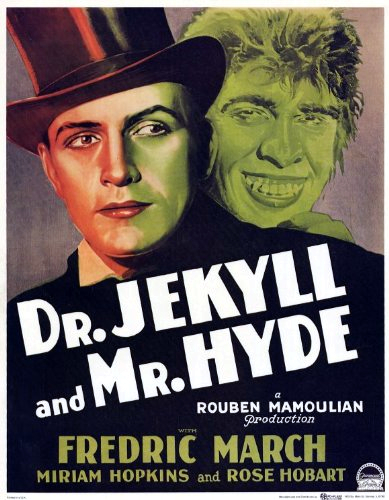 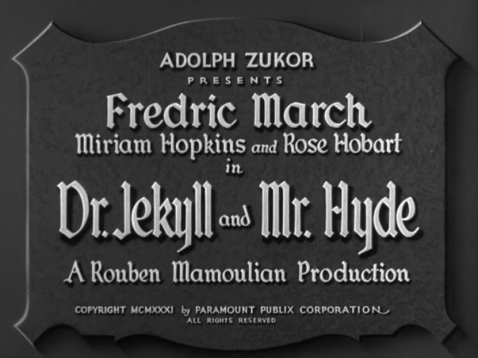 This concludes my breening of Dr. Jekyll and Mr. Hyde. As you can see, with the alteration of just forty-one points, this film could be acceptable for all audiences. I found the story a bit disturbing, since it is always upsetting to see someone’s life be ruined in so short a time. However, this doesn’t mean that we working for clean movies should shy away from it. Some stories do have disturbing elements to them which even careful breening cannot remove. However, with the removal or revision of the points I mentioned above, the story would have less focus on naked women and violence, and more on the moral of the story. Very similarly to the stories The Invisible Man and Frankenstein, this story teaches how dangerous it is for a man to try to play God. I personally found the scene where Dr. Jekyll admitted to God that he had trespassed on his territory and asked for forgiveness very moving and memorable. With fewer low necklines and garters, scenes like that one would become the focus of the film, as they should be. I hope you enjoyed this breening journey, and I look forward to our next venture into the dangerous world of un-Code films. I’ll see you next time!

Click the above image buy this movie on DVD at Amazon and support PEPS through the Amazon Affiliate program!

One thought on “Breening Thursday #51. “Dr. Jekyll and Mr. Hyde” from 1931 by Rebekah Brannan; #AMonthWithoutTheCode #7”