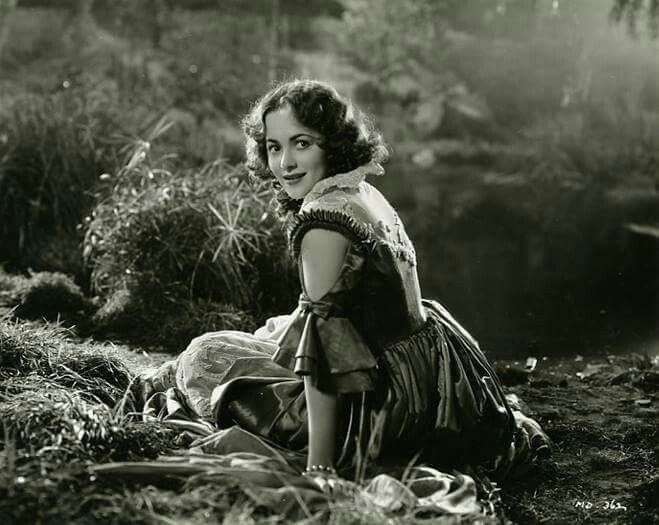 Update: I wrote this article on Friday and put it on automatic post for Sunday, since my family was planning a weekend getaway. When I got back on Monday, I saw the online news that Olivia de Havilland died on Sunday, July 26, at the age of 104. After my initial shock and sadness upon hearing of her death, I thought of the irony of the fact that I had published my review of her first film on the day she died. It is a fitting and almost uncannily coincidental tribute. I will write another tribute to this great actress later, but now, I just add this note in memoriam of this great actress from Hollywood’s Golden Era. Rest in peace, Dame Olivia.

Today is Sunday, so it’s time for another 100 New Code Films article. Every week, I publish two of these articles, which are reviews of American Breen Era (1934-1954) films which I have seen for the first time. The only exceptions to this schedule are four weeks in which I have planned to watch and review only one new Code film, thus equaling 100 reviews in all. During July, these articles are adding to the additional mini reviews of new Code films to equal twenty reviews for #CleanMovieMonth2020.

Today’s topic is A Midsummer Night’s Dream from 1935. I have been curious about this film for a couple of years, ever since I first heard about it. The cast, including favorites of mine like James Cagney, Olivia de Havilland, and a young Mickey Rooney, sounded fascinating. Also, I was eager to see how this rare Shakespeare adaptation measured up, Code-wise. When we planned our Code Classics Blogathon for the middle of this July, Rebekah volunteered to watch and review this film as her entry. Thus, we both got to watch it a couple of Sundays ago. We bought it on Amazon Prime Video. 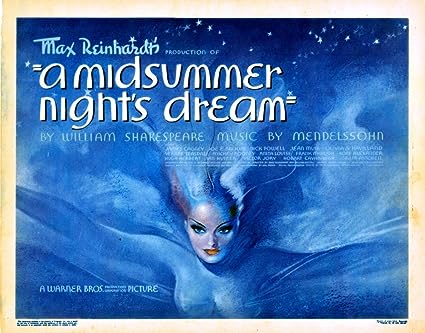 If you are familiar with Shakespeare’s immortal play about fairyland in ancient Athens, you already know this film’s plot. This movie follows the complicated romances of four young Athenians, who spend a confusing summer night in an enchanted wood filled with magical beings, including the Fairy King and Queen, sprites, dwarves, elves, fairies, and a unicorn. Other mortals caught in this confusing situation include a troupe of extremely bad actors, led by a weaver who is turned into a donkey. It will take the whole night for the confusion to lift and everything to be right with fairy and mortal alike. 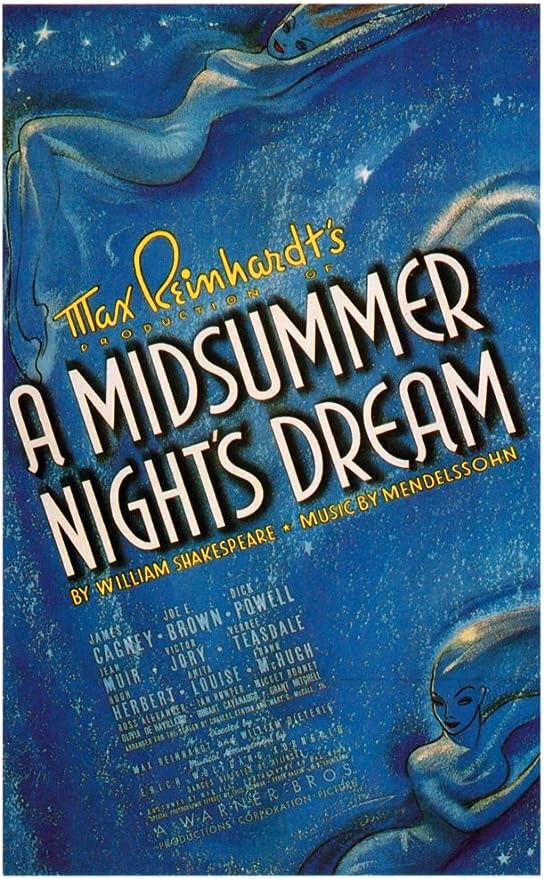 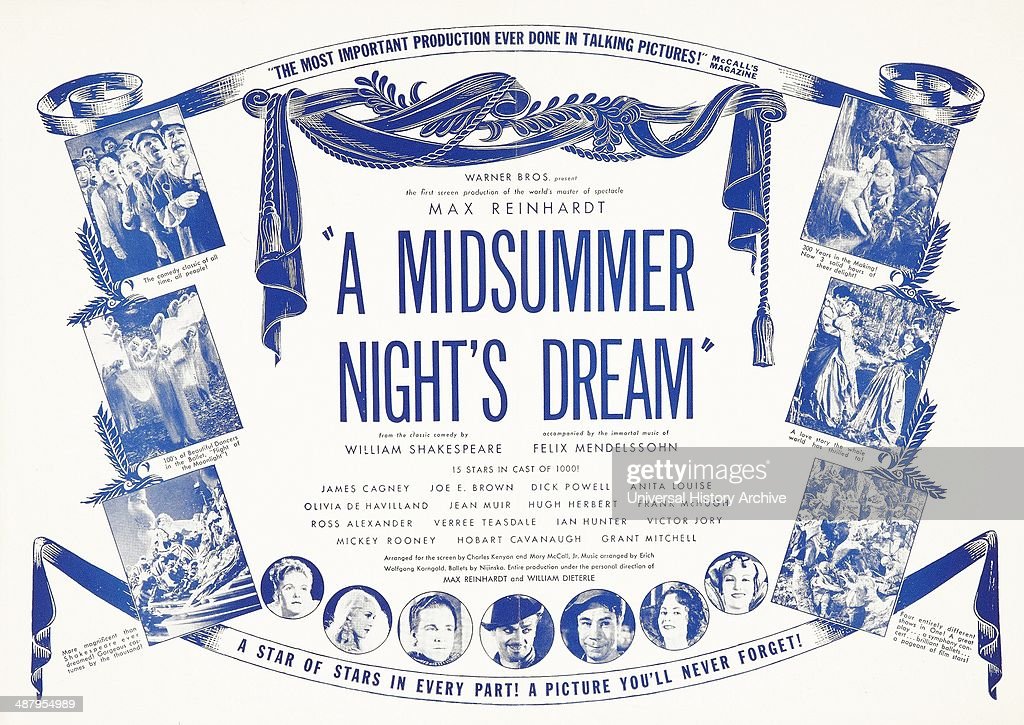 This movie was directed by Max Reinhardt and William Dieterle. It was produced by Henry Blanke with executive producer Hal Wallis. The production company was Warner Bros. The script was written by William Shakespeare, arranged for the screen by by Charles Kenyon and Mary C. McCall Jr. It was nominated for Academy Awards for Best Picture and Best Assistant Director for Sherry Shourds. It won two Academy Awards, Best Cinematography for Hal Mohr and Best Film Editing for Ralph Dawson.

This is a good Code film. I must say I was delighted by how Code-compliant this film is. Shakespeare was not a favorite name around the PCA. His works have long been noted for double-intendres and raunchy meanings cloaked in flowery prose. Thus, Joseph Breen and his comrades would cringe at the thought of having to clean up famous passages of literature without butchering them. However, my fears were not realized. This is a very decent movie. While complete with Shakespearean prose and all the hilarious elements of the famous original story, there was nothing embarrassing, indecent, or improper in the scenarios or the dialogue. Some difficult elements, which could have caused offense, were handled just right. For instance, the scene of the married Queen Titania (Anita Louise) falling in love with Bottom, the Weaver (James Cagney), who is currently bewitched with a donkey’s head, is not suggestive of adultery. Instead of lying together suggestively, they simply recline next to each other. During the play which the actors perform at Theseus’s (Ian Hunter) wedding, Flute, the Bellows-Mender (Joe E. Brown), plays the leading lady. Although this seems a little odd to modern standards, women did not perform in ancient Greece, so all roles were played by men. Flute, although a dimwitted and goofy character, does not seem perverted or effeminate, since he seems very embarrassed and uncomfortable playing a female character. My other concern was the costumes. Elizabethan gowns often are designed with indecently low necklines, and spritely dance costumes do not convey images of well-dressed ladies. Warner Bros. was particularly notorious for having nearly-nude throngs of chorus girls just two years earlier in its three block-buster musicals. However, there was none of that in this film. The Elizabethan garments were historically accurate, yet none of the necklines were revealing enough to be indecent. The fairy garments were all very covering. While some of the dancers’ legs were visible, their torsos were completely covered by beautifully whimsical garments. Don’t be shocked by the use of the word ass. In both Shakespeare’s day and the 1930s, it was often used to refer to donkeys as well as human fools. However, it did not have the crude meaning which it has now, so it was allowed in Code films.

I really enjoyed this movie. It is the most unique Code film I have ever seen. Its whimsical, magical, fanciful nature makes it seem almost like a Disney film. I have never seen so much fairy dust, glitter, and magic in a live action film. The special effects are very impressive. This movie really seems like a distinct, magical place inhabited by very lovely enchanted beings. It is a place which the film made me want to visit. I was immensely impressed by the technology used to create the special effects. Fairies flew through the air in winged hosts, both human-sized and tiny. In this enchanted world, embellished with sparkling filters, many top Warner players cavort capriciously. I was impressed by the dedication which the performers exhibit in these challenging roles. I am sure it was difficult for the actors to not feel ridiculous saying the exaggeratedly flowery lines written centuries earlier by the Immortal Bard. The end result is very amusing, but almost always because it is supposed to be so. I was very impressed by the debut performance of Olivia de Havilland, who was only nineteen in this film. James Cagney is hilarious and completely committed to his ludicrous role. I enjoyed the many opportunities in this film to hear him sing, since I appreciate this often-overlooked talent of his. Mickey Rooney gives a particularly stellar performance as the spritely, mischievous Puck, the horned creature who causes much of the chaos in the woods. He delivers his lines and performs his action with such hilarious aptitude that he deserved some kind of award for his performance. He is the driving force behind much of the action. All the other actors are splendid, as well. The only actor for whom I have any criticism is Dick Powell. I feel he was miscast in a period piece like this, and he himself shared this opinion. He is not bad in the role, but he sounds a little silly reciting Shakespeare. The fact that the dancing is choreographed by renowned ballerina Broninslava Nijiska, is very impressive to me. The result is lovely, complete with beautiful ballet costumes. This is part of the early Breen Era movement in Hollywood for high class entertainment. When the Code banned the gritty modern films on which Warners relied in the Pre-Code Era, they responded by adapting very high brow literature, Shakespeare! The Mendelssohn background music is lovely. I really enjoyed this film. I recommend it to all classic film fans.