The below article was published on Thoughts from The Music(al) Man by Neil “The Musical Man” Powell on July 22 as his sixth entry in #CleanMovieMonth2020. See the original post here.

To keep the celebration of July as Clean Movie Month 2020 (as hosted by Pure Entertainment Preservation Society) going, we have that classic 1940 Mickey Rooney and Judy Garland musical Strike Up The Band! Of course, before we get into that, I want to deviate a little and post my next poll:

Vote
Crowdsignal.com
Visit the original post to vote on this poll.

As I stated a few weeks back when I reviewed Romance On The High Seas, I generally tend to be a bit further ahead in my movie viewing than the timing of my reviews would indicate. Having now had a poll to choose the Doris Day movies that I will review for January 2021, I am now doing the reverse and posting a poll to choose the “Star Of The Month” for February 2021 (and I will pick the movies). After this poll ends within the next two weeks, I will post another poll to choose the “Star Of The Month” for March 2021 (fair warning, though, that poll will have a completely different group of actors/actresses to choose from, so if you want one of the eight listed for February, get your vote in now). Now, back to the regularly scheduled program…

Jimmy Connors (Mickey Rooney) and his friends are bored with the band at Riverwood High School. So Jimmy gets the idea to form a modern dance orchestra (well, “modern” for that time, anyway). He takes the idea to the principal, Mr. Judd (Francis Pierlot), who signs off on letting him start the orchestra and do the school dance. With his friend Mary Holden (Judy Garland) helping out as a vocalist, the band proves to be a hit at the dance, and so Jimmy decides to try to enter the orchestra in a contest being held by famous bandleader Paul Whiteman. However, the contest will take place in Chicago, and they don’t have enough money to get the whole band there, so they put on a show for the Elks Club to make enough money. The show is fairly successful, but they fall short. Also causing trouble is the new student at Riverwood, Barbara Frances Morgan (June Preisser), who has set her sights on Jimmy, much to the consternation of Mary, who also likes Jimmy. Barbara’s attentions do bring some luck, though, as her parents hire Paul Whiteman (of course, played by himself) and his orchestra for her birthday party, and Jimmy and the members of his orchestra are invited as guests! At the party, while Paul Whiteman and his orchestra take a break, Jimmy and his friends admire the instruments, and decide to start playing. Listening in, Paul Whiteman is impressed, and offers Jimmy a job as a drummer. At first excited by the opportunity, Jimmy realizes he would be hurting his friends, who need him for the contest, and so he declines. Impressed, Paul Whiteman gives him the remaining money to finance the trip. The excitement soon ends, as one of Jimmy’s friends is sick from an injury and needs an operation to survive. Valuing his friend more than the trip, Jimmy gives the money to help his friend. All is not lost, though, as Barbara’s father is impressed and offers to use his railroad to get the band there in time for the contest!

After the success of Babes In Arms, MGM did what any self-respecting studio would do: give their audience more, and as soon as possible! So Louis B. Mayer, the head of MGM, picked out Strike Up The Band to bring back together Mickey Rooney, Judy Garland and director Busby Berkeley. Technically, Strike Up The Band was the title of a Broadway show from 1930 with music by the Gershwins, but outside of the title and the song, the movie bore very little resemblance to the Broadway show. Still, the movie proved to be another hit, resulting in Babes On Broadway and Girl Crazy keeping the gang together.

Strike Up The Band was the second of the four films Mickey Rooney and Judy Garland made together that are generally described by the phrase “Let’s put on a show” (or something similar to that). As for the movie itself, I enjoyed it very much. In some respects, the movie really focuses in on Mickey Rooney’s character here, which *almost* makes it seem like an Andy Hardy movie! Obviously, we have Mickey’s character with all the youthful enthusiasm, which gives him his drive, and we also have a parental figure (in this case, it’s his mother, played by Ann Shoemaker), who advises him and helps him to grow up more. But, it’s also more of a musical than an Andy Hardy film would be, which for me is most of the fun! I know some of the songs make me want to get up and dance myself, especially with the likes of “Do The La Conga!” I’ll admit, the show they put on in the middle of the movie, while fun, doesn’t really seem to fit, and could just as easily be removed. And, of course, the Busby Berkeley numbers are here, with all their ridiculousness intact (including the finale, which is very visual for what should be a radio program)! It is a fun movie, with Mickey and Judy making things work! It’s a good clean movie, with nothing I can think of to say against it as far as it being family friendly! With the kids showing respect to the adults (and being given the same respect back), it just makes you feel better seeing it! It might not be the best of the Mickey and Judy films, but it’s certainly a treat to see, and one I have no trouble recommending!

This movie is available on Blu-ray from Warner Archive Collection. This new release touts a 4K restoration from the best available archival elements, and it looks fantastic! While I personally can’t speak to how it may have looked previously, it does look pretty darn good here! As visual as director/choreographer Busby Berkeley could be, especially in his musical numbers, the details are really brought out here, and make this release well worth it! The movie itself is two hours in length. 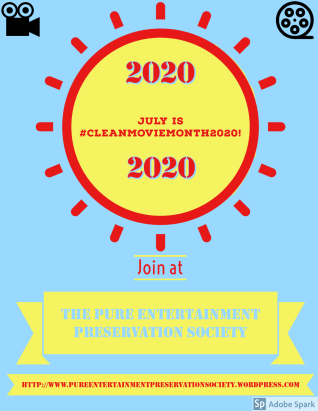