When you think of great directors from the Golden Era of Hollywood, what names come to mind? Alfred Hitchcock, John Huston, Billy Wilder, and Otto Preminger? True, these men made some huge and great contributions to the film industry. However, they were by no means the only directors who made a big impact through their numerous diverse films. One director who receives little recognition these days is Robert Wise, who, having been dead only fifteen years, shouldn’t be such a distant memory as many other late directors. While many of his films remain classic, his name rarely receives the credit it deserves. Today, I am going to review a book which strives to remedy that situation. It is a biography of this great director entitled Robert Wise: The Motion Pictures by J. R. Jordan.

On April 26, I received a comment from Joe Jordan via the PEPS contact form. In it, Mr. Jordan requested that we read his biography of Robert Wise, which had recently been published in its second edition, and write an unbiased review for our website. I was honored by this offer, so I gladly accepted it. Mr. Jordan arranged for his publisher to send me a lovely paperback copy of his book, which I eagerly began reading upon its arrival. I finished it on July 19. 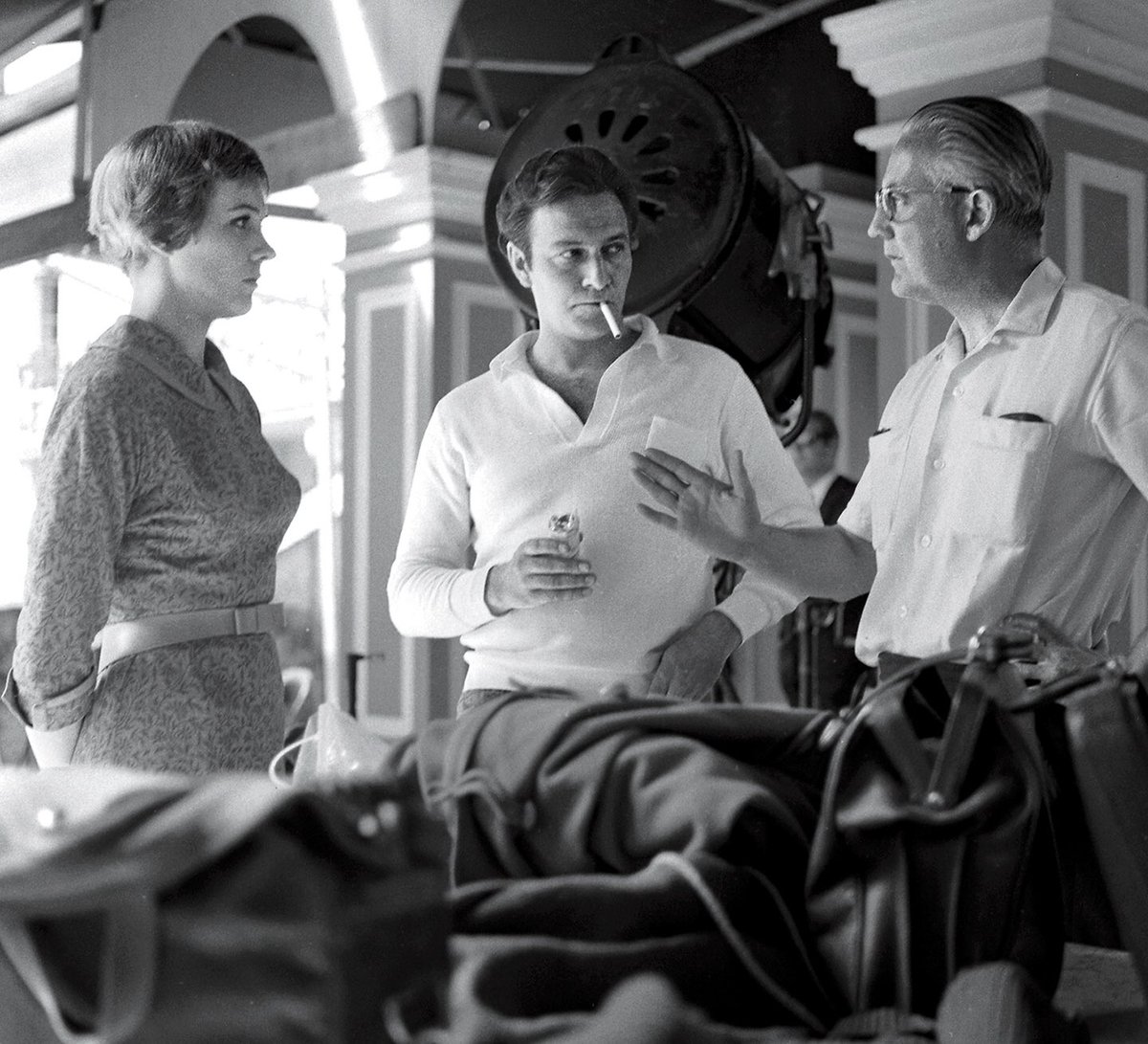 Of the forty films which Robert Wise directed, I have only seen one in its entirety so far, The Sound of Music (1965). I also saw part of West Side Story (1961) years ago. I have yet to see any of the nineteen Breen Era (1934-1954) films which Mr. Wise directed. However, when I heard that Mr. Jordan’s biography is about Robert Wise, I felt that I would rather learn about his life and career than any other director I could name. For a few years, I have been deeply curious about this excellent director because of the exceptionally Code-compliant nature of The Sound of Music, a late Shurlock Era (1955-1968) production. As I have explained in a previous article, I consider this film to be the last perfect “Code” film ever made. Thus, I was very excited about reading this book.

This book’s format is very unique. Instead of grouping the information into long chapters based on years of segments of the subject’s life, Joe Jordan divided the book into short segments about each film Mr. Wise directed. Thus, there are forty sections, or chapters, if you will, each dedicated to a different Wise film in chronological order. These chapters, in turn are grouped into five different parts, dedicated to different eras of his career. These chapters are anywhere from six to fifteen pages long each. You can easily read a chapter in one short sitting. Thus, the book doesn’t feel like a huge undertaking. A busy person with little time for reading, like myself, can easily find a few minutes per day to read a segment or two.

Each chapter has a very definite pattern in this book. Mr. Jordan begins with a relevant quote, either from someone connected with production or because it applies to the film’s topic. Then, a paragraph or two is dedicated to describing the film’s pre-production status, giving some context regarding how Robert Wise came to direct the film. The next section is a summary of the plot. If the ending is not detailed in this initial summary, it is usually mentioned in a later section of the chapter. Summarizing films’ plots is not easy, which I know from personal experience. Sometimes it can be almost as tedious to read the end result as it was to write it. Thankfully, Mr. Jordan avoided tedium. His synopses are very clear, sufficiently brief, and effectively give the reader a good idea of the film in question. He refers to the actors playing the different roles faithfully, so one is always clear on who is who.

After the synopsis, Mr. Jordan dives into the fascinating part, the production information. He discusses the details of the film’s making with the perfect balance between brevity and elaboration. He then proceeds to discuss the deeper meanings in the films, explaining themes and messages which Robert Wise conveyed through his subtle direction. He always includes a couple of quotes from the film’s dialogue, which is very interesting and helpful for providing context, especially when one hasn’t seen the film in question.

Next comes the best part of each chapter, the personal quote from someone involved with the production. These eye-witnesses are mainly actors, although a writer wrote the quote for one of the most memorable films. Many of the chapters on earlier films do not contain personal quotes, since Mr. Jordan obviously was unable to attain an interview with anyone connected to these productions. The first film with a personal quote is the seventh, Mystery in Mexico (1948). Beginning with the nineteenth film, Executive Suite (1954), and going to the end of the book, all but four films contained a quote. The chapters which don’t feature personal quotes contain much more dialogue from the film, and they also include more focus on messages and symbols in the film. Also, he makes up for the absence of quotes in some chapters by featuring quotes from two different people regarding one film.

I have read many books on Hollywood history. Most of these books, I have found, are written by authors who seem more interested in being screenplay writers than historians. They seem more eager to be clever with their own editorializing and wittiness than to do justice to their subjects. J. R. Jordan stands out in this respect. He is not trying to give I. A. L. Diamond any competition, nor does he think he is Bosley Crowther. He gets out of the way and lets the facts speak for themselves. As a result, his book is very scholarly, refined, and intelligent. After reading it, I didn’t think that I had read Joe Jordan’s extended opinion article on Robert Wise’s films. I felt that I had read a methodical, orderly examination of Robert Wise’s life and career through his individual films. Although no large segments were dedicated to Mr. Wise’s personal life, information about it was interspersed within the chapters about individual films.

I really enjoyed this book. Through the personal quotes, I felt that I really got to know what Robert Wise and his productions were like. The overwhelming impression of Mr. Wise’s character which I got from the quotes of people who worked with him is that he was a patient, refined, and very polite gentleman. He never resorted to yelling, bullying, or intimidation. He was very professional and relaxed, so that is how his sets were. I am now very eager to see some of Robert Wise’s Code films.

If you want to buy this book, you can click on the above link to purchase it on Amazon. It is available in paperback and hardback. You can also buy it directly from Bear Manor Media, the publisher, in paperback and hardback. I highly recommend it! Be sure to visit Mr. Jordan’s new blog, WiseCastle Way, at which he wrote a review of So Big (1953) for our recent Code Classics Blogathon.

I am very sad to report that, on July 23, the author’s father, Joseph C. Jordan Jr., died at the age of ninety. His son was at his side when he died. This personal tragedy for Joe Jordan particularly applies to this book because the author dedicated it to his beloved father. He asked me if I could add an addendum to my review of his book in honor of his father, and I was more than happy to oblige.

Joseph Jordan was born in Kansas City, Kansas, on May 30, 1930. He served his country in the United States Navy. His beloved wife, Rosetta, preceded him in death by thirty-seven years. His great love and loneliness for her made him vow never to remarry. Shortly before his death, his son told him, “Today is a special day. You’re going to be with Mom again.” He recounted, “My father’s face lit up, as his excitement was clearly apparent.”

It was because of his father that J. R. Jordan decided to write his biography of Robert Wise. As a navy man, his father really loved Robert Wise’s Sand Pebbles (1966), which was the director’s personal favorite of his films. Mr. Jordan told me, “As I was growing up, my father spoke fondly of the film and proudly owned a copy. I’ll never forget our experience of watching The Sand Pebbles together. It was my first time, and I was absolutely mesmerized. The experience ultimately compelled me to write my book.”

Joseph Jordan receiving a copy of his son’s book

As he learned about Robert Wise’s character during his research for the book, Joe Jordan was struck by how similar the great director was to his own father. In the forward to his book, he wrote, “Those I interviewed for this book generally described Robert Wise as noble, patient, validating, and a class act. Such words, in short, apply to Dad. Had it not been for his moral guidance, I would not be the person I am today.” This moral guidance is very evident in the book. While other Hollywood history books are full of vulgar language and profanity, Mr. Jordan avoided all profanity, crude words, and inappropriate content in his writing about Robert Wise and his films. The only off-color language was contained in a few quotes from interviewees, and Mr. Jordan apologized to me for these! This sensitivity and consideration shows what kind of a man Mr. Jordan is and what kind of a man his father must have been.

I am honored to know Mr. Jordan, and I respectfully dedicate this review to the memory of his dear father. Rest in Peace, Joseph C. Jordan Jr.