Every Thursday in July, I am publishing a Code Concepts article instead of a Breening Thursday article. That is because July is #CleanMovieMonth2020, during which we are focusing strictly on the American Breen Era (1934-1954) by not watching or reviewing movies from any other era. The Code Concepts series is designed as a means for exploring the intricacies of the rules, regulations, and principles which were intrinsic in Code enforcement during Joseph I. Breen’s twenty-year tenure as head of the Production Code Administration (PCA). In these articles, I frequently cite examples in Code films and contrasting situations in un-Code films, quote passages from books on Hollywood history, and cite passages from the Code itself. Through this series, I hope to provide a deeper understanding of self-regulation’s most delicate points.

From July 14-17, we are hosting the Code Classics Blogathon. This blogathon, the highlight of #CleanMovieMonth2020, is dedicated to American Breen Era adaptations of famous literary works, such as novels and plays. The Code played a big part in how these stories made their way to the screen. I addressed this issue in my fifth Code Concepts article, Code Films from Classic Literature. The theme of this article is similar. This time, I am talking about controversial literature and its conversion into films.

We should start by mentioning titles. In the original Code, the second to the last section, XI, was dedicated to titles, although it consisted of just one clause.

Salacious, indecent, or obscene titles shall not be used.

The large amount of movies with hell in their titles during the Pre-Code Era shows how necessary this clause was. However, in 1947, it was expanded to three clauses.

1. Salacious, indecent, or obscene titles shall not be used.

2. Titles which suggest or are currently associated in the public mind with material, characters, or occupations unsuitable for the screen.

3. Titles which are otherwise objectionable. 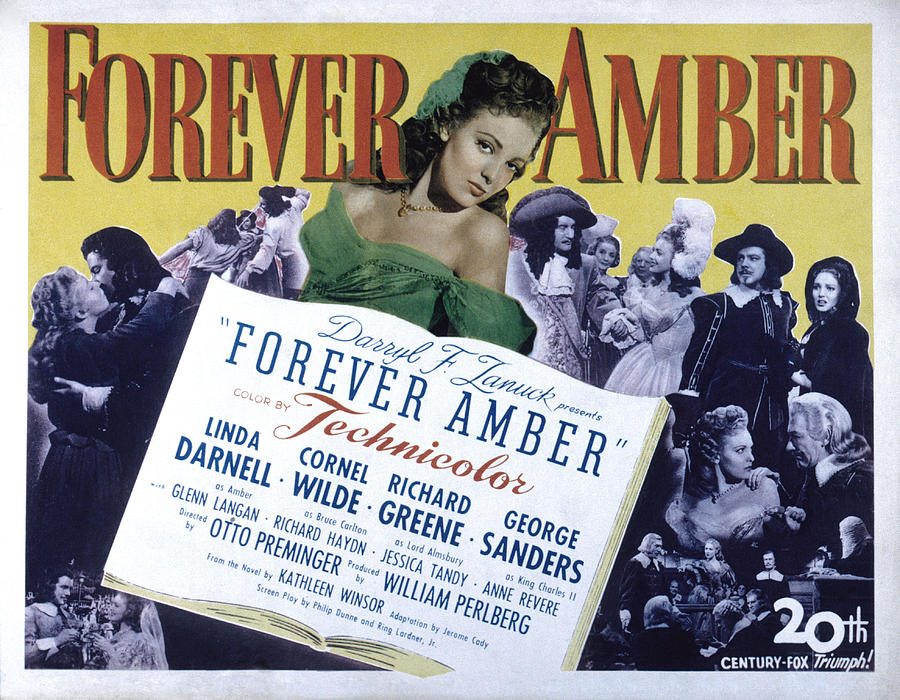 The second clause is the one which pertains to this article’s topic. It was added in 1947 in response to the reaction to Forever Amber, a 20th Century Fox Technicolor release based on Kathleen Winsor’s salacious but popular 1944 historical romance of the same name. When it was released, this book was banned by many countries and US states and was condemned by the Catholic Church for its immoral content. Naturally, the Motion Picture Producers and Distributors of America (MPPDA) added it to their list of banned titles. This was a list created by the New York headquarters, the PCA’s parent organization which was often called the Hays Office. Literary material on this list was considered generally too salacious, immoral, or controversial to be made into Code-compliant. However, that didn’t keep filmmakers from purchasing items off this list for large prices to adapt them into movies.

Despite Forever Amber‘s notorious reputation, 20th Century Fox payed $200,000 for the book’s screen rights, since it was a best seller. The story received extensive cuts and revisions from the PCA to become Code compliant. Doubtless they thought that it was worthwhile because people would come to see the movie based on the book’s notoriety alone. Even if they changed it drastically, audiences would buy tickets out of curiosity to see how much was changed to make the film morally acceptable. Despite its self-regulation, the film was not immediately acceptable to all moral guardians. The Catholic Legion of Decency initially condemned this film because of its heroine’s immorality. After the filmmakers reluctantly made some cuts and added an opening and closing message condemning the characters’ immorality, the harsh classification was lightened to B, “Objectionable in Part.” 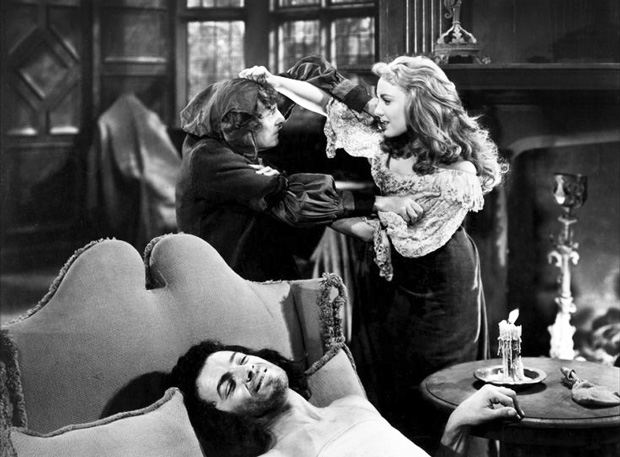 Amber’s (Linda Darnell) tending to Bruce (Cornel Wilde) when he has the Black Plague, one of the situations which positive reviews of the book compared to the fortitude of women during World War II.

What were Joseph Breen’s thoughts on the filming of controversial materials? Basically, the politics of stories and their origins was not the PCA’s department but the business of the political goodwill organization, the MPPDA, later the Motion Picture Association of America (MPAA). Mr. Breen’s concern was just what appeared on the screen. Regarding this particular situation, Thomas Doherty’s biography of the great PCA director, Hollywood’s Censor, contains an informative exchange between Joe Breen and British journalists regarding the forthcoming production of Forever Amber.

“How can you make Forever Amber?” carped the Brits.

“I was afraid that was going to come up,” Breen sighed. “Remember the chapters on the fire of London and the great plague?”

“But you wouldn’t go to Forever Amber to see the fire of London or the plague,” scoffed the reporters.

“Well, confidentially,” Breen stage whispered, “that is what you’re going to see.”

“That’s one school of thought,” he grinned.

Apparently the MPAA shared the British journalists’ opinions that there was something dishonest or false about releasing heavily self-regulated films under the titles of their infamous source material. If a clean version had been made, it should be presented as such and not attempt to capitalize on the naughty curiosity aroused by the original title.

Even before this addition was made to the Code, many Breen Era adaptions of controversial books of plays were released under different titles. A good example of this is These Three (1936). This Samuel Goldwyn Production was the first film adaption of Lillian Hellman’s 1934 play The Children’s Hour. The controversial theme of perversion in the play was changed to a love triangle between two female teachers and one male teacher at a school. Despite this major core change, the dialogue of the film remains very similar to that of the play. Lillian Hellman stated that she was pleased with this film adaption because it retained the core idea of malicious gossip, which was the most important thing. To accompany these changes, the revised film was given a new title. In 1961, William Wyler directed a film adaption of this story for the second time. As the Code-violating core element was reinstated, the original title was restored. 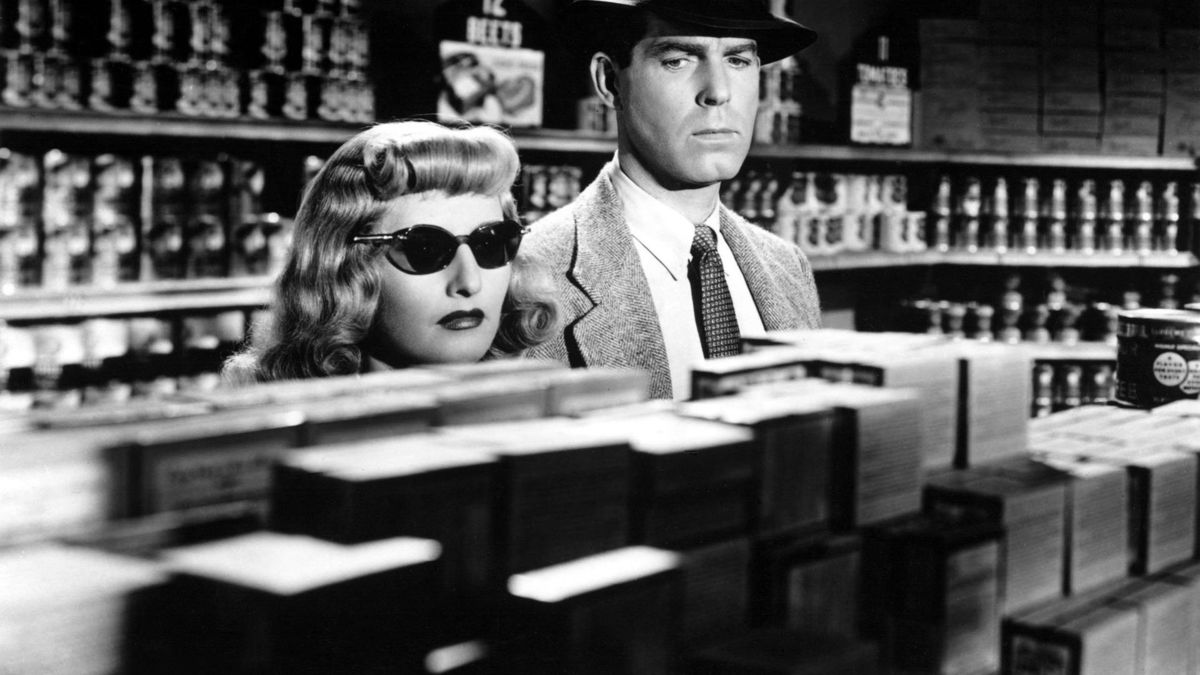 Despite being initially cautioned against the story, Paramount successfully made Double Indemnity (1944), starring Barbara Stanwyck and Fred MacMurray.

One hears about so many Code films which were adaptations of movies on the MPPDA/MPAA banned book list that one wonders why they had such a list at all. I imagine it was meant to dissuade filmmakers from tackling projects which could result in films which were ineligible for Code Seals of Approval. However, the filmmakers quickly learned that, if they were willing to make compromises and sacrifice a lot of the story for decency’s sake, very few stories were unbreenable. Before buying a controversial piece of material, filmmakers usually sent it to the PCA along with a letter detailing their intentions. No matter how much they groaned at the sight of certain materials, the self-regulators sent prompt, objective responses. They often began letters by saying that, in their present states, certain stories could not receive Seals of Approval. They would then list the objectionable qualities which made them so, saying that they would have to be removed or changed to make the stories acceptable. Sometimes filmmakers found such letters discouraging enough to can an idea. However, if they were determined, they would proceed with the project, knowing that they would have to make drastic cuts to receive a PCA Seal of Approval. 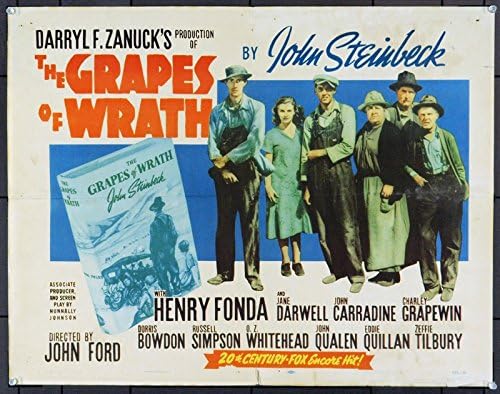 The Grapes of Wrath (1940) was advertised with the tagline “The thousands who have read the book will know why WE WILL NOT SELL ANY CHILDREN TICKETS to see this picture!”

One reason filmmakers would use the original titles of films adapted from infamous literature is that they wanted to capitalize on the publicity of controversial or banned material. Many films’ taglines would include phrases like “The film they said couldn’t be made,” “The daring story finally on the screen,” “How did they make a movie out of -?” and “Anyone who has read the book knows why children won’t be allowed to see -.” These taglines often were greatly exaggerated or even inappropriate for the Code film versions, but they were sensationalism based on the original material. In 1947, the MPAA decided that they should no longer get away with that. Even worse than the content in Howard Hughes’s controversial The Outlaw was the fact that he insisted on capitalizing on his struggle with the PCA.

Why did the MPAA object to clean Code films using the titles and, perhaps, gaining publicity from their less than wholesome source material? It was mainly because of the bad reputations. Moral-minded citizens, religious leaders, and educators of that day were very vocal about their concerns about and objections to films. Joseph Breen often noted that the people who objected the loudest to films often didn’t even see the movies in question. They would base their outrage purely on the film’s advertising material, such as its name, posters, and tagline. Unfortunately, I have found that the Advertising Code Administration (ACA) was much less careful than its sister branch, the PCA, so advertisements tend to be much more suggestive and provocative than the films they advertised. They used to say in the picture business, “You can’t make a movie as bad as the advertising!” I think they have achieved that goal at last. 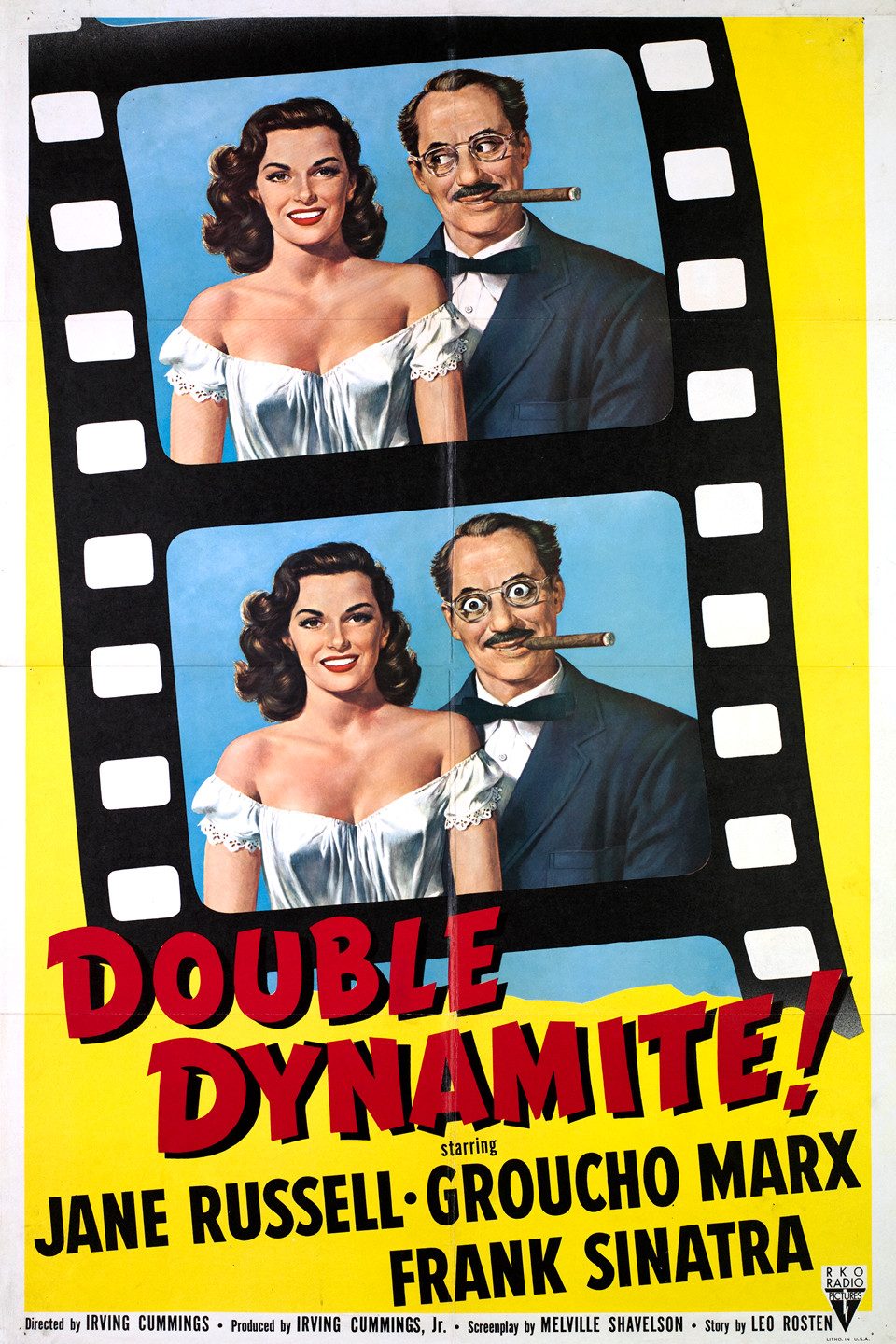 Moral guardians often didn’t watch the movies whose advertising offended them because, obviously, they didn’t want to offend their own sensibilities with distasteful and salacious entertainment. Also, they wouldn’t give filmmakers the satisfaction of getting the money from their tickets. Unfortunately, because of this, some of them misjudged Code films which were very or at least mostly acceptable because of their preconceived notions. One has to wonder why the studios didn’t insist that their advertising departments or companies make decent publicity material. I know that they thought “ginger” sold in the Pre-Code Era and used it to lure in customers. However, once the Code made morality and decency the fashion in entertainment, why did they continue trying to sell tickets with implications of tawdriness? Since it could cause unnecessary outrage, it seems a little foolish. However, that was the business of the MPAA and the ACA, so it had nothing to do with Mr. Breen. 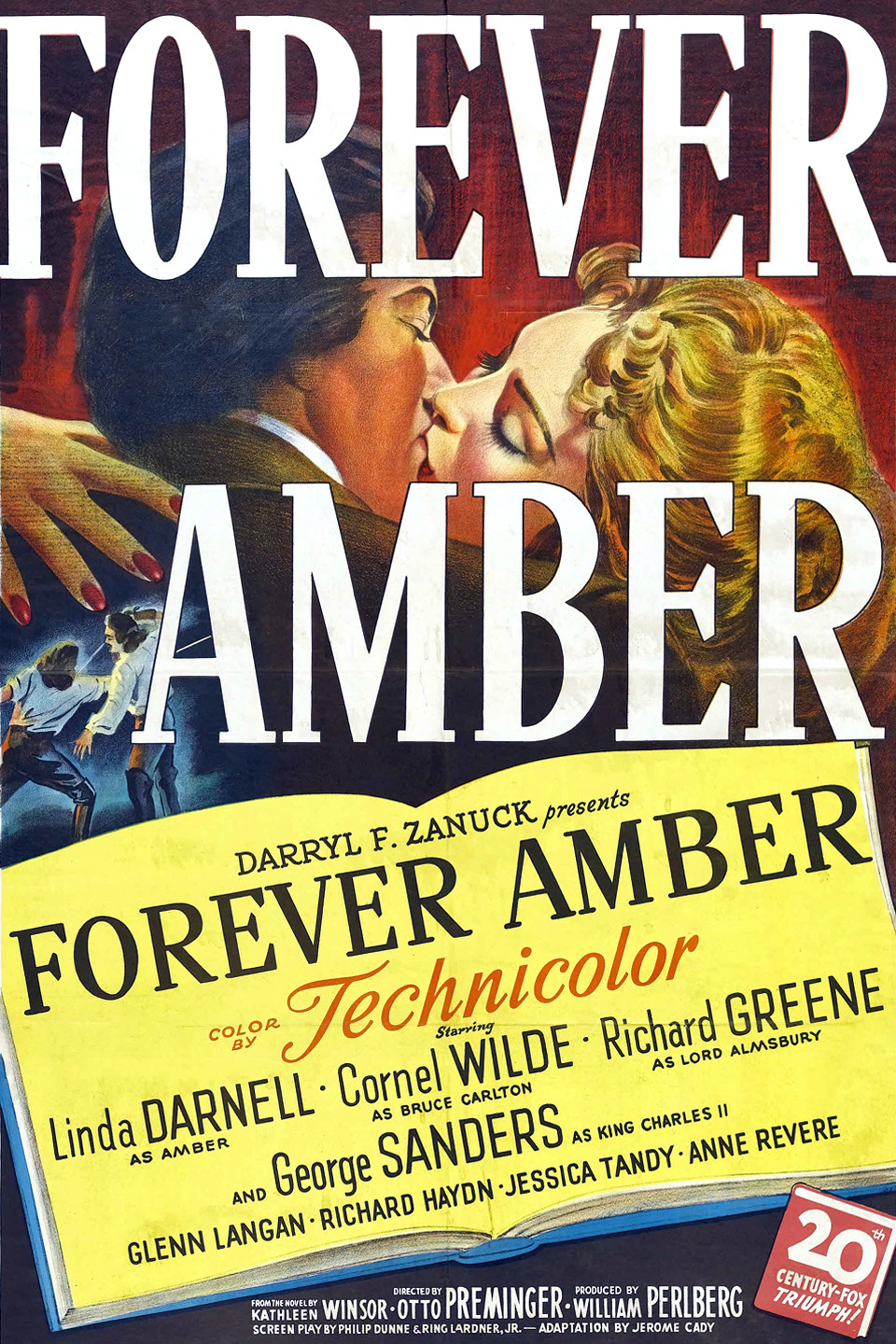 The reputation which the title on this poster bore must have made many flush with horror.

One can just imagine the horror which many people felt on learning that the salacious Forever Amber was being made into a Hollywood production. The disgusting details of this impure woman’s life were sordid enough on paper. Now they were to be splashed across the screen in a lavish Technicolor extravaganza? I don’t know exactly how Code compliant the film is, having never seen it. From what I have read, I know that it is a huge improvement from the book, which is shocking just based on its Wikipedia page. However, those who only knew of the book could only guess that, to have been deemed acceptable by the PCA and passed by local censors, it wasn’t that bad. Those who weren’t willing to give the picture a chance may have assumed that all the book’s tawdriness was put on the screen and probably complained to the MPAA. 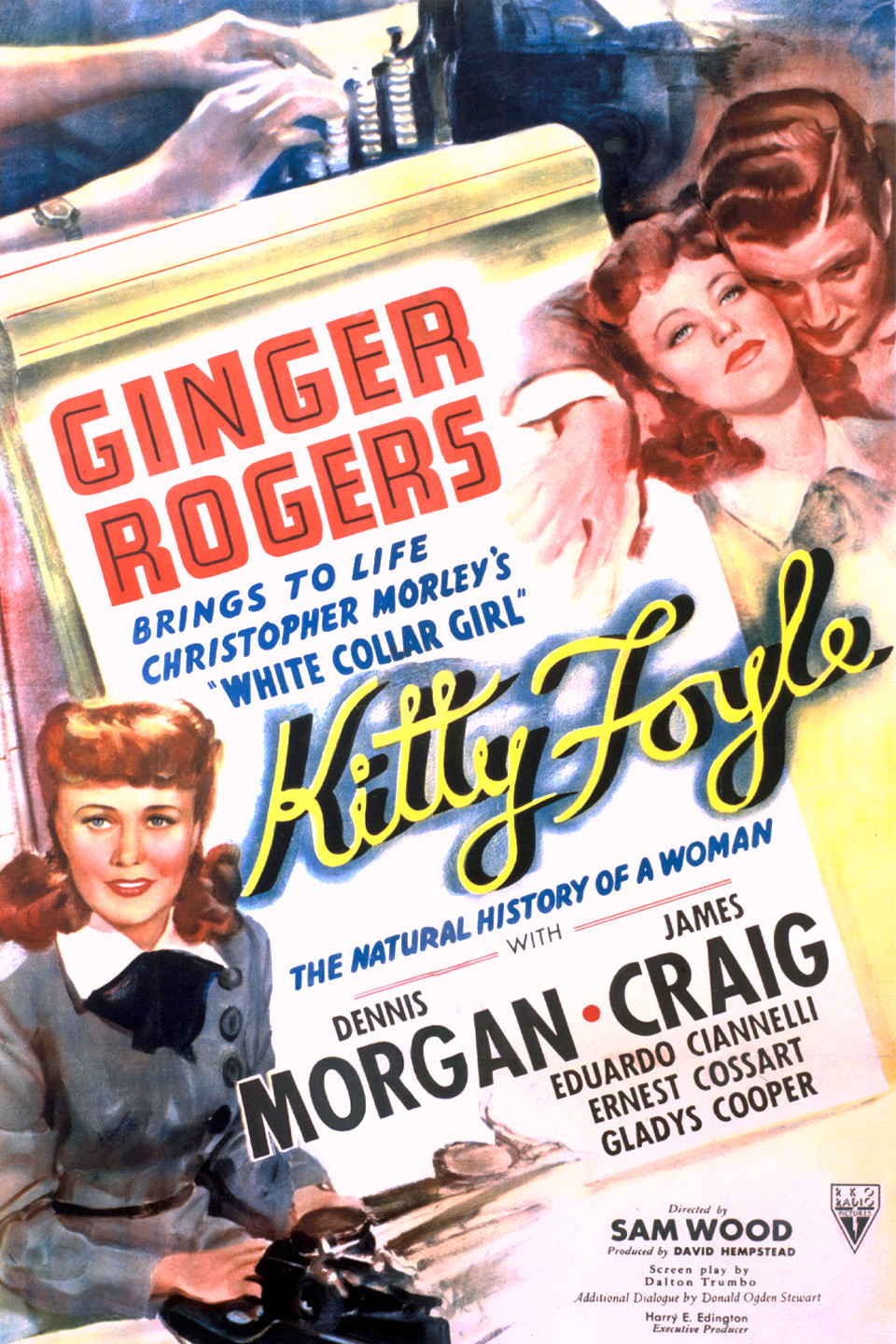