Today is Saturday, so it’s time for the first 100 New Code Films article of the week. Twice every week, I publish articles in this series, in all but four weeks this year. This schedule will result in my watching 100 American Breen Era (1934-1954) movies which I have never seen before during 2020. The purpose of this series is to broaden my knowledge of the Code and the Golden Era of Hollywood by watching as many Code films as possible. It is a daunting undertaking, but I hope to watch every American Breen Era film ever made during my life. I estimate that this equals about 8000 films, so I’m constantly making a dent in the list of unseen films with this semi-weekly series!

Today’s topic is Mrs. Parkington from 1944. I didn’t have any blogathons or other previous commitments for topics this week. Thus, on Sunday, I had an opportunity to watch any new Code film I could find and thought sounded enjoyable. Amazon Prime Video has become my favorite source for discovering new Code films, especially ones which I haven’t selected in advance. I decided to search Greer Garson on Amazon Video, and several of her films came up. I saw this film. I had never heard of it before, but I had heard of her famous partnership with Walter Pidgeon. My family and I decided that this sounded like a great movie to watch. 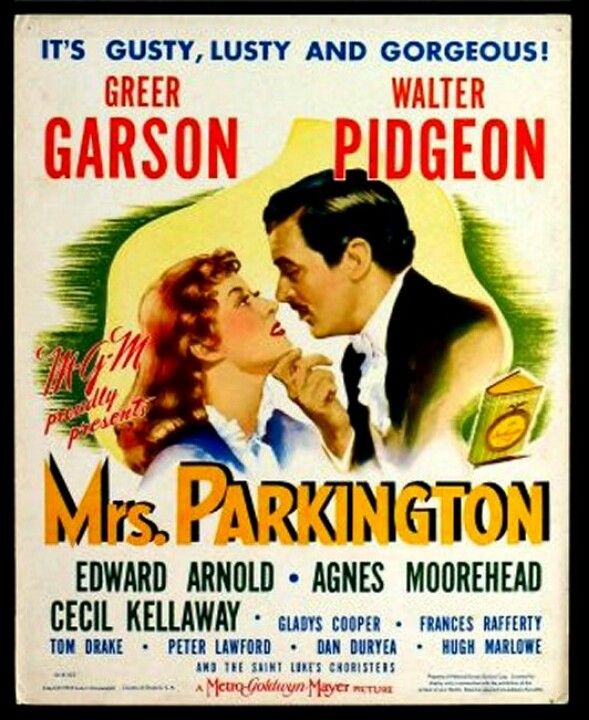 A rich New York family gathers in the matriarch great-grandmother’s home for Christmas. The younger generations of the family are greedy, selfish, and shallow individuals who are only concerned with their personal comforts and their inheritance. The only sensitive member of the family is the great-granddaughter, who is close to her great-grandmother. On Christmas Eve, she tells her wise old relative that she is going to elope with a young man from her father’s office. When the matriarch asks to meet the young man, she discovers a financial scandal in the family. As she deals with the current problem, she remembers her journey from a Western boarding house owner’s daughter to the wife of a daring, stubborn, yet lovable millionaire. 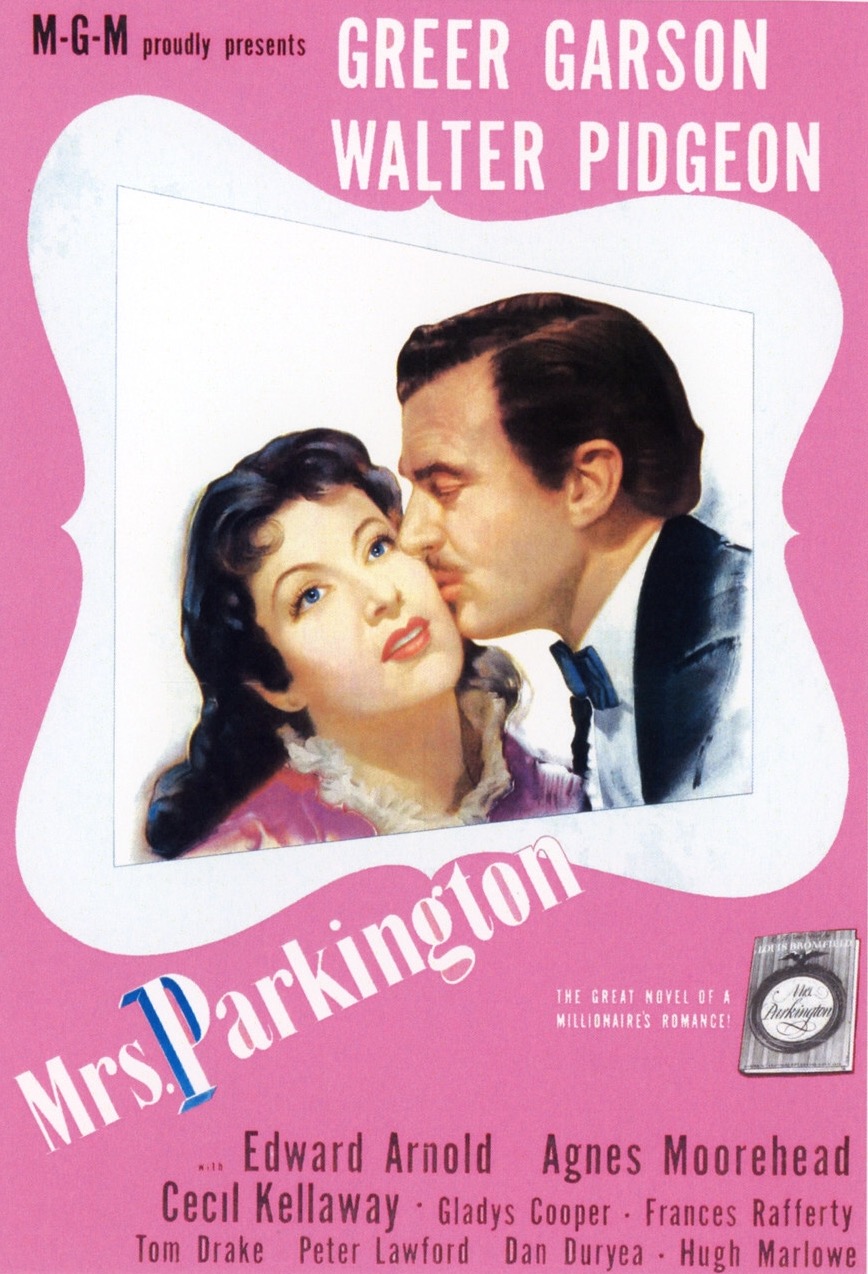 This movie was directed by Tay Garnett. It was produced by Leon Gordon. The production company was MGM. The screenplay was written by Robert Thoeren and Polly James, based on the novel of the same name by Louis Bromfield. At the Academy Awards, Greer Garson was nominated for Best Actress for her performance and Agnes Moorehead was nominated for Best Supporting Actress. Agnes Moorehead won Best Supporting Actress at the Golden Globes. This is a perfect Code film. It shows the importance of family, honesty, and marriage. This is the story of a very courageous lady who uses her love, determination, and wisdom to keep her marriage together and inspire her husband. Ultimately, she uses these same qualities to teach her offspring a valuable lesson. This film handles the topic of philandering very well. Apparently, in the novel Major Gus Parkington, the leading lady’s husband, is notably depicted as a philanderer who is decidedly untrue to his vows. In this film, however, the characterization of this character (Walter Pidgeon) was very subtle in that respect. One scene was subtly used to convey the idea that the major has a wandering eye. When he and his wife, Susie (Greer Garson), are admiring some valuable statues in an antique store, two attractive young ladies walk in. Noticing the way her husband is eyeing them, Susie says, “They’re beautiful, aren’t they?” presumably referring to the statues. This is a delicate way of letting the audience know that Gus has a wandering eye, although we are never given any proof that he acts on his impulses. Later, Gus spends a year in England while Susie is still in New York after they are mourning the loss of their son. When Susie hears from their best friend, Aspasia Conti (Agnes Moorehead), that his household is being managed by the beautiful Lady Norah Ebbsworth (Tala Birrell), she rushes to England. It is clear that the younger British noblewoman is as designing as she is attractive. She obviously wants to seduce Gus away from his wife, although the extent of their relationship remains appropriately vague. Also, this movie is generally very uplifting and inspiring, which makes it perfect.

I highly recommend this film. I know it might seem like my recommendation is easily given, since I recommend almost every new Code film I watch, but I am quite discerning. Most Code films have artistic merit in at least a few categories, so there are few films which I don’t think are worth watching. This movie is certainly recommendable to anyone who appreciates old movies. The acting is excellent. This is the fourth of the eight collaborations between Greer Garson and Walter Pidgeon. It is the second I have seen, after Mrs. Miniver (1942). As the title character, Greer Garson gives a dynamic, dramatic performance, spanning six decades of her character’s life. The way she is aged is extremely impressive. Even her hands look old and arthritic. Miss Garson does an excellent job of changing her voice and her gait to convey age. I was very impressed by the American accent which the British actress affects in this role. She shows a wide range of emotions in this part, endearing us to her. Walter Pidgeon is excellent as the daring, romantic Captain Parkington. This dashing actor is very convincing as the bold gambler who is willing to take risks in business as well as in matrimony. He has his shortcomings, but his admittance of his personal faults makes his character highly sympathetic. Agnes Moorehead stands out as Aspasia, the charming French woman who was in love with Captain Parkington before his marriage. The American actress uses a very effective French accent. She often played harsh characters, but this role is thoroughly charming, sweet, and lovely. She certainly deserved the accolades she received for this performance. The subtext of the unspoken resentment between Susie and Aspasia adds some interesting depth to this film. The rest of the cast is composed of excellent actors, as well. One very interesting aspect of this film is the flashbacks. In most movies which begin at the end and then recount earlier events, the majority of the runtime will be devoted to a single, long flashback. This film, however, depicted the Parkingtons’ life through several separate flashbacks, which were presented chronologically as Mrs. Parkington remembered different events with Gus. It truly made her background seem like memories instead of the more theatrical full-length flashback, which allows one to forget the present-day setting of the movie’s opening. This movie shows that one must fight for the American ideals of making something of yourself, in business as well as in marriage, and then fighting to make it survive. Mrs. Parkington endures many difficulties in her life, but she doesn’t let anything defeat her. This movie is very inspiring. I enjoyed it immensely, and I think that my readers will enjoy this wholesome, thought-provoking story, as well.