Today is Saturday, and I’m publishing my second article of the week in PEPS’s semi-weekly series, 100 New Code Films. This series is dedicated to exploring Code films which I have yet to see. By watching two new American Breen Era (1934-1954) films in all but two weeks of 2020, I am expanding my knowledge of the films which were made during the twenty years when the Motion Picture Production Code reigned supreme under Joseph Breen. 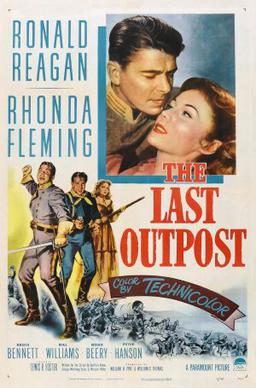 Today’s topic is The Last Outpost from 1951. I watched this film last Monday as research for my latest article in the Epoch Times, 3 Classic War Films for Memorial Day, in which I wrote about a Civil War film, a World War I film, and a World War II film. Since I hadn’t watched any Civil War films which I thought would be suitable for comparison in this particular article, I did some research to find such a movie. I eventually decided on this movie, which I watched on a free film site, ok.ru. A remote Union outpost in Arizona is frequently attacked by a Confederate cavalry regiment, and the local trading post owner believes that the only way to stop them is by setting Apaches against them. When a Union colonel and some soldiers arrive to stop the rebels, the trader mistakes him for his wife’s former sweetheart and invites him to dinner, intending to embarrass both. The joke is on him, since they have never met before, but the discontented wife tells the colonel that she was formerly engaged to his brother after her husband leaves the room. When the colonel attempts to capture the Confederates, he meets their commander, who is his brother. They greet each other amicably and clearly don’t want to injure each other. The colonel thinks that, once involved, the Apaches will attack all the settlers, but the trader persists for his own purposes. It is up to his brother to impersonate a Union soldier and make peace with the Apaches before it is too late. 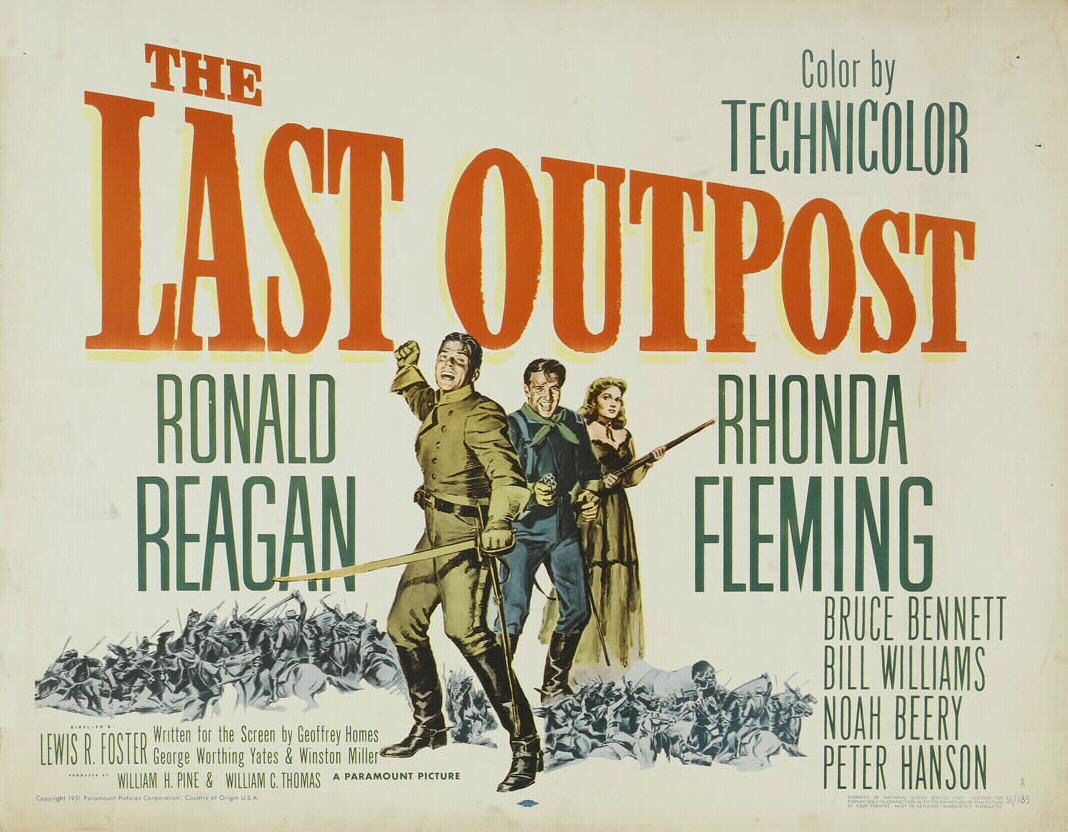 This movie was directed by Lewis R. Foster. It was produced by William H. Pine and William C. Thomas. The production company was Pine-Thomas Productions, and it was distributed by Paramount Pictures. The screenplay was written by Geoffrey Homes (Daniel Mainwaring), George Worthing Yates, and Winston Miller. It was suggested by a story written by David Lang. This movie was re-released in 1962 as Cavalry Charge, a title you see on some posters. 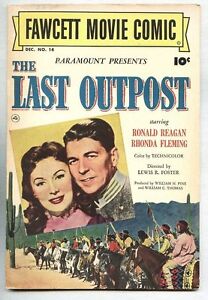 This is a good Code film. It is free of objectionable qualities. The battles are exciting and tense, but they are not too violent. Although deaths are shown during the fighting, there is not excessive blood, brutality, or gruesomeness. The situation with Julie McQuade (Rhonda Fleming), a married woman who still has feelings for her old fiance, Vance Britton (Ronald Reagan), is handled with perfect acceptability. The Civil War is depicted very fairly. Neither the Union nor the Confederate soldiers are depicted as right or wrong; both are just shown as Americans doing their duty. The Apache Indians are also fairly depicted, since they just want peace and the right to govern themselves. It is rare when one sees a film in which three groups fight, yet none of them really seem wrong or evil. 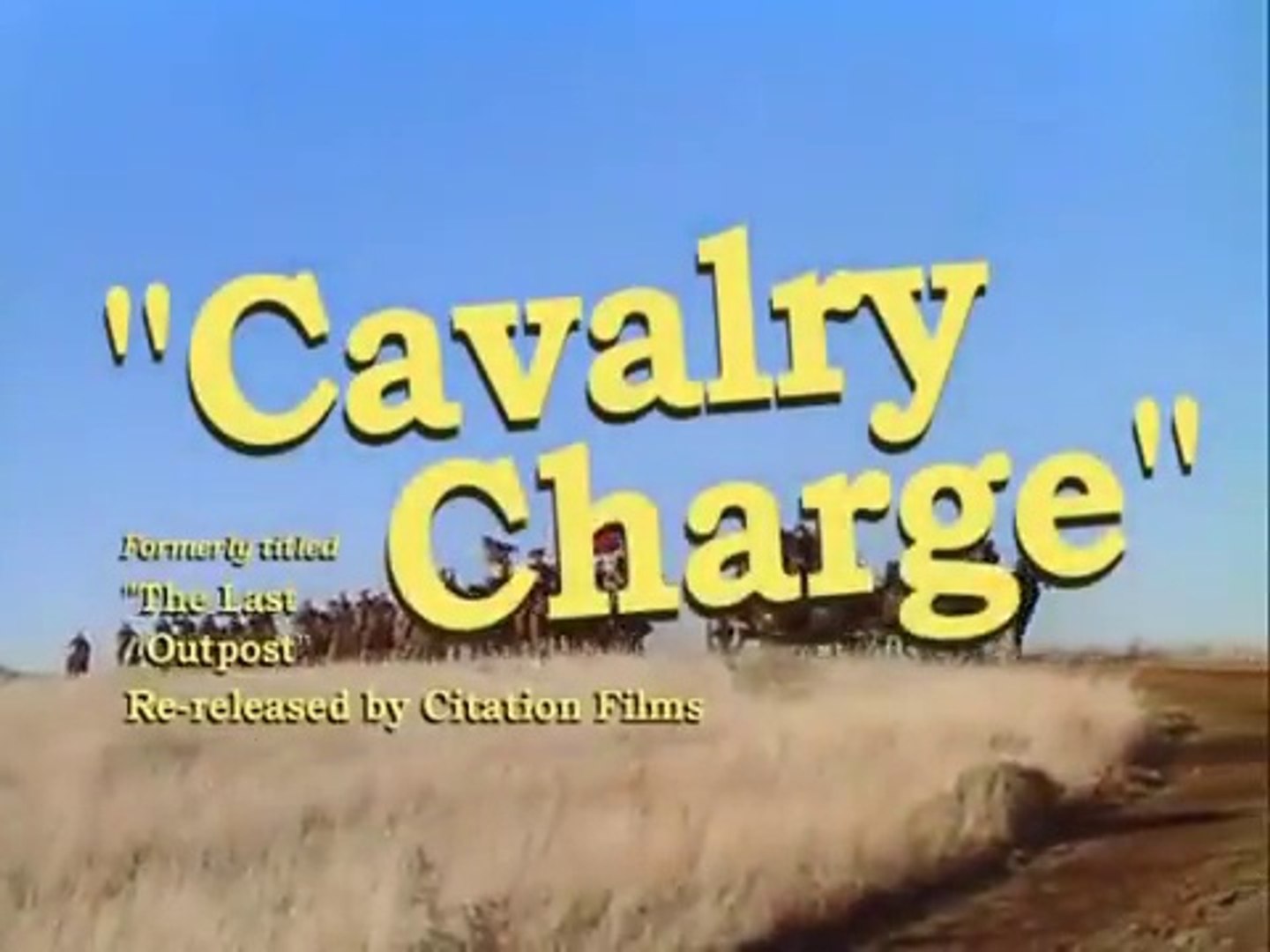 I highly recommend this film. I found it very enjoyable. It not only perfectly served my purpose for the article I was writing, but it also was a movie which I liked watching. Ronald Reagan was excellent in this movie, which is the first color film I have seen with him. I have been seeing more of Mr. Reagan’s acting this year, and I am really enjoying learning more about his work. I found him to be very dashing in this role. Bruce Bennett, whom I have only seen in a few supporting roles before this, was excellent as his brother, Jeb. At first, I was unsure about Vance, since he seemed reckless and selfish. However, as the film progressed, it becomes clear that he is considerate and sensitive, although also bold and daring with a lively sense of humor. The relationship between the two brothers, although seriously strained by being on opposite sides of the war, is very touching. They truly care about each other’s wellfare, even above the call of duty in their respective military sides. Rhonda Fleming is lovely in the part of the unhappy wife. She obviously still cares for Vance, yet she is hurt because he jilted her, leaving to join the Confederate Army without saying anything to her. When she meets him again, she is not eager to accept his excuses, yet she is a faithful woman whose trust is deep, like her love. She looks beautiful in the period costumes. John Ridgely gives a rare sinister performance as the villainous Sam McQuade. This usually likeable character actor is very convincing as a selfish rat in this movie. The rest of the cast is excellent, as well. This movie has an effective blend of suspense, action, and humor. I think it is an enjoyable film which anyone can enjoy.

After the Civil War, Decoration Day began to be celebrated in memory of fallen soldiers. It was originally called Decoration Day because it was a time when servicemen’s graves would be decorated with flowers, crosses, and especially flags. This holiday was originally celebrated on May 30. It was moved to a changing Monday in 1967, but it was celebrated on the consistent date for a century before that time. In honor of this traditional date, I am reviewing this film, which shows soldiers who fight and die in battle. The Civil War was a conflict in which Americans fought each other, and this close struggle is reflected by the Britton brothers, who fight on opposing sides. Like the Britton brothers, America was too strong and too closely bound to be torn asunder by the War Between the States. This is an excellent war film for today and any day because it shows the two opposing sides banding together against a common enemy, the Apache Indians, to fight as Americans.