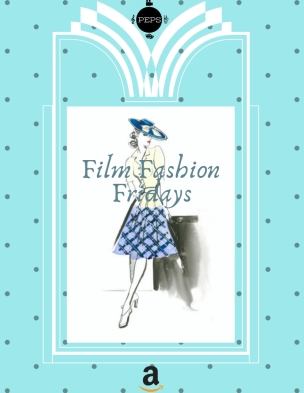 Today’s article is also an entry in a monthly blogathon at the Large Association of Movie Blogs (LAMB). This series, which is hosted by Rob of MovieRob, is called Acting School 101 and honors a different actor each month. The actor chosen usually has a birthday during the month of which he is the Acting School “teacher.” May’s honoree this year is Henry Fonda, who was born on May 16, 1905. He would have been 115 years old tomorrow. I am joining this celebration with an article about a costume which Mr. Fonda wore in one of his Code films. 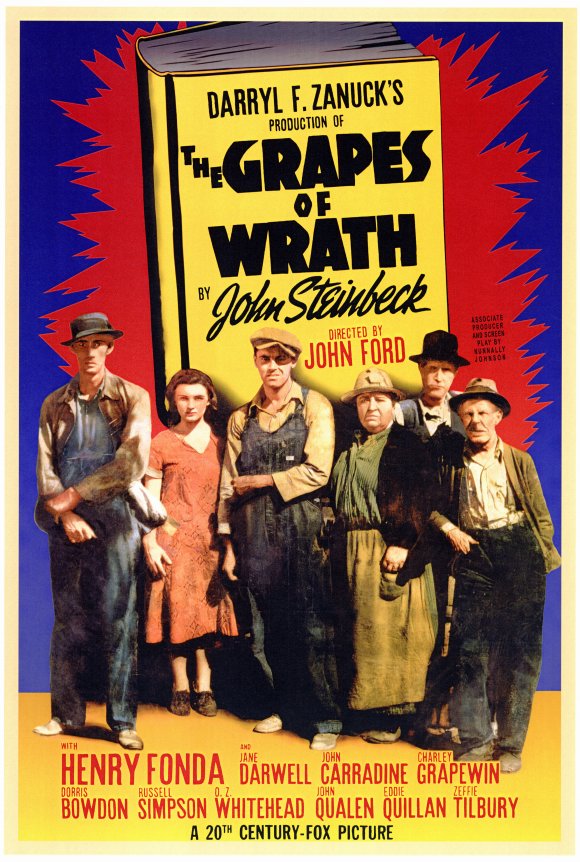 The outfit I am describing today is from The Grapes of Wrath from 1940, in which Henry Fonda famously played Tom Joad, the main son in a family of Oklahoma sharecroppers who migrate to California after they lose their land during the Dust Bowl. Mr. Fonda was nominated for his first Academy Award for Best Actor. He wouldn’t be nominated again until 1981 for On Golden Pond. 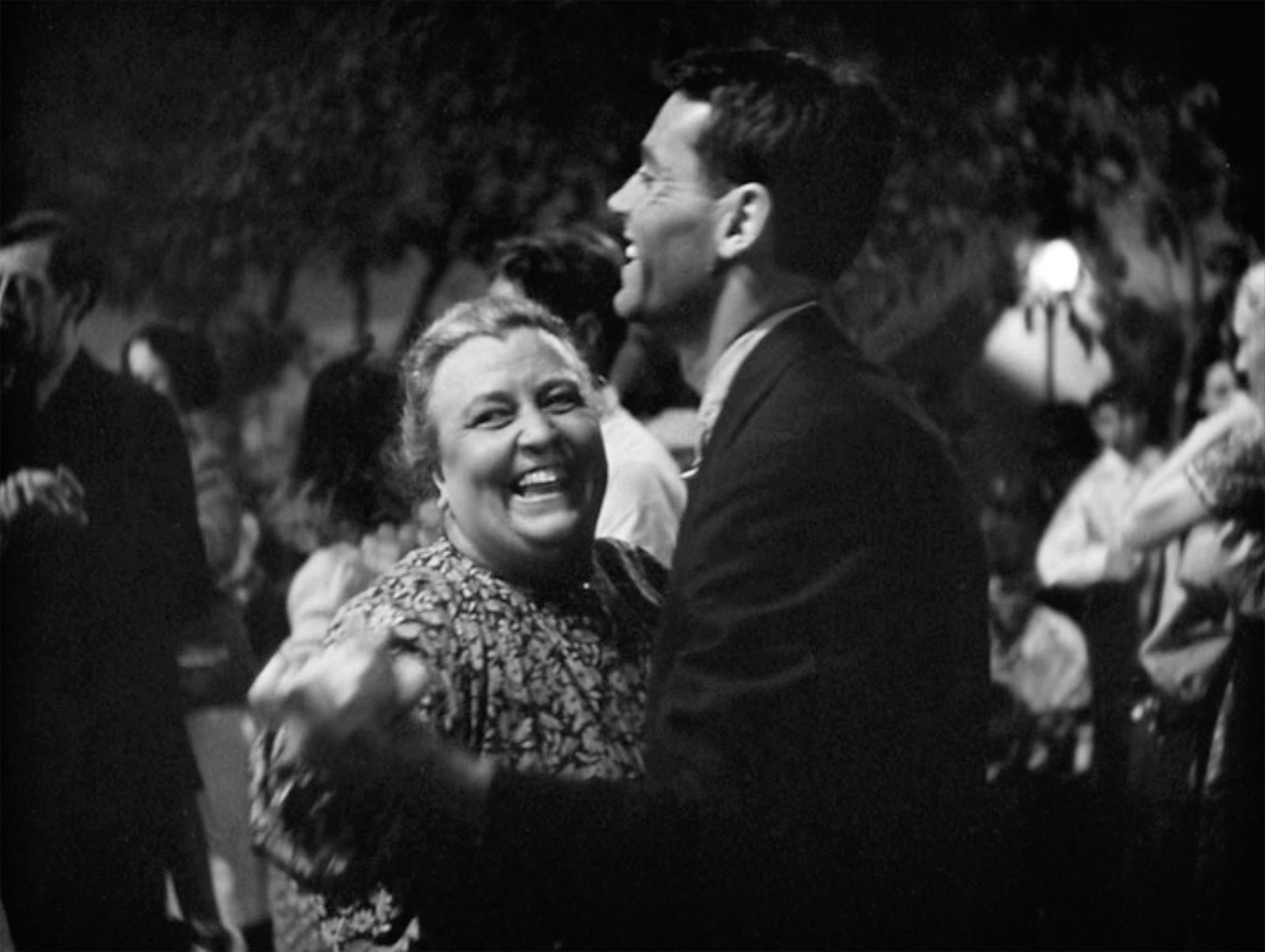 Jane Darwell and Henry Fonda in The Grapes of Wrath, 1940.

The outfit which I am describing from this film is the one which Tom wears at the dance at the Department of Agriculture camp. This is the first clean camp which the Joads find. Complete with sanitation units with clean plumbing, this camp is able to offer amenities like weekly dances. For the first time since they left Oklahoma, the Joads are able to really wash, cut their hair, shave, and put on clean clothes. Tom dances with Ma (Jane Darwell), singing along to the makeshift band playing “Red River Valley,” which is this film’s theme. Instead of his usual overalls and ragged hat, he is wearing the black suit which he got after getting out of the penitentiary at the beginning of the film. You can see him dancing with his mother in this scene in the below clip. 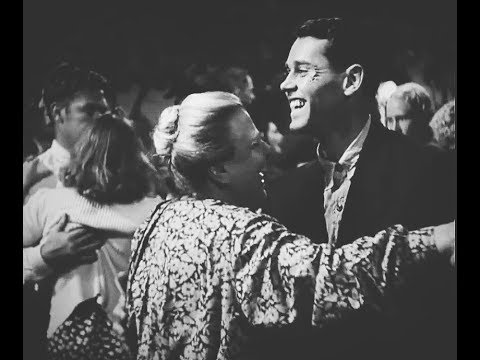 I am writing about this particular outfit from this particular film because I think it is very apropos right now. The Joads are so poor that they barely have any food. They drive for miles just to find a job which pays only a few cents per hour. However, as soon as they are at a camp which offers a few bare necessities, such as water for washing, they spruce themselves up and have a dance. This shows the American spirit which still thrived in the 1930s, despite the Great Depression. People didn’t have money, but they still had self-respect, pride, and some dignity. They wanted to earn their own way and look decent. That is a spirit from which modern Americans could learn a lot. Even though our country is in an unusual and difficult time, that it no reason for us to lose our self-respect. It is still important to try to look your best, even it’s only for a virtual meeting.

George Breakston (center), Henry Fonda, and others in The Grapes of Wrath.

The main component in this outfit is a black suit. It is single-breasted with no vest. The coat and trousers match. There are two buttons in the front. Any standard black suit would work with this outfit. However, it is very important that it has a classic fit rather than a modern or slim fit. As you can see from the pictures, it is a rather loose suit. Of course, this is partially because Tom is very thin due to weeks of meager food. However, under any case, men wore their suits looser, so classic fit is usually more desirable for a vintage look.

I recommend the above suit from Amazon. This matching two-piece suit emphasizes its classic fit, since the description notes the ample cut of traditional styling. The coat has two buttons, and the trousers have pleats. The material is 68% polyester, 28% rayon, and 4% elastane. This suit comes in black (pictured), deep navy windowpane, classic navy, and classic charcoal. It costs $149.99.

It wouldn’t be right to describe an outfit worn by a destitute character like Tom Joad and not recommend a more reasonable suit. This suit also has a classic fit. It is 65% polyester and 35% viscose. It comes in black (pictured), brown, burgundy, charcoal, cobalt blue, navy, grey, silver grey, tan, and olive. It only costs $89.99, making it much more reasonable than the other suit.

The other important aspect of this outfit is the shirt which Tom wears. It is a standard long-sleeved shirt, although not necessarily a dress shirt. It is light-colored, but not white. It looks like it is pale yellow to me. It has a button-down collar and buttons up the front. The buttons are black, so they stand out.

The above shirt from Amazon is a good option for this outfit. It looks like a more sturdy shirt, which would be what Tom would wear. It doesn’t have a button-down collar, but it does have darker buttons up the front and on the pockets. The material is 5.25 ounce twill, made of 65% polyester and 35% viscose. It comes in desert sand (pictured), black, white, charcoal, dark brown, dark navy, gulf blue, hunter green, khaki, Lincoln green, navy, olive green, silver, silver gray, and charcoal. It costs $18.95 and $44.99, depending on which size and color you order.

The above shirt from Amazon is another good option for this outfit. It is a long-sleeved shirt, but less of a work shirt than the other. This shirt has a button-down collar, unlike the other one, but the buttons are white instead of being black. There is only one pocket, but it doesn’t have a button-down flap. It is 100% cotton. It comes in light golden cream (pictured), Algiers blue, artisans gold, fjord blue, orange rust, sour orange, true rapture rose, deep Saxony blue, melon, true dahlia purple, biking red, darkest spruce green, fig, granite green, peacoat, true estate blue, rapture red rose, saltwater red, smoked pearl, sundress yellow, arabesque, dark golden cream, peacoat with pocket, rose bud, and ultra violet. It costs $16.00-$63.87, depending on which size and color you order.

This outfit is completed by black shoes. They are standard black oxfords. Any black shoes could be worn with this outfit, but below is a suggestion from Amazon. These shoes are faux leather. They have a cap toe and laces. They come in black (pictured), cognac, black perf, brown, black saffiano, and bordeaux. These shoes cost $37.97-$110.93, depending on the size and color you choose. 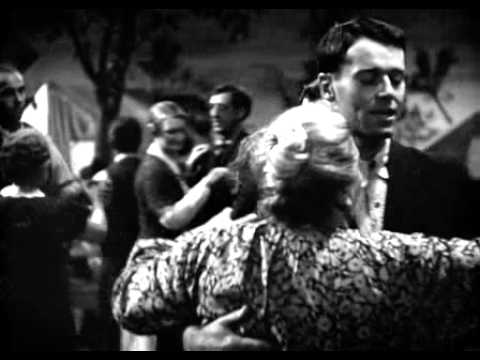 That concludes my description of this outfit. It is a very plain ensemble, but it is ideal for more casual settings. I  have always liked Henry Fonda’s acting, but I really appreciated him when I saw his performance as Tom Joad in The Grapes of Wrath. In this role, he showed that you should always keep your self-respect and try to be the best that you can be.

If you want to observe Mr. Fonda’s style for yourself, I suggest that you purchase this movie and study his outfit firsthand! Click the above image to purchase The Grapes of Wrath on DVD at Amazon and support PEPS through the Amazon Affiliate program.