Today is Thursday, and I am going to publish my first 100 New Code Films article of the week. I am publishing this article today so that it will be published during April, since tomorrow is May 1. This is the thirty-third article in this series. The purpose of this series is to encourage exploration of the American Breen Era (1934-1954) of the film industry, both for ourselves and our readers. We hope to lead others to watch more new Code films by our example of watching and reviewing 100 new Code films this year. As many of you have more free time right now, this is a perfect opportunity to see some new classics!

Today’s topic is Athena from 1954. When looking for a fun musical to watch one evening, I searched for Jane Powell, knowing that her MGM musicals are always lighthearted and enjoyable. I saw that this film was offered for rental or purchase on Amazon Prime Video and remembered seeing the trailer for it some months back. We decided that it sounded like a good movie to watch. We purchase it and watched it on Monday. 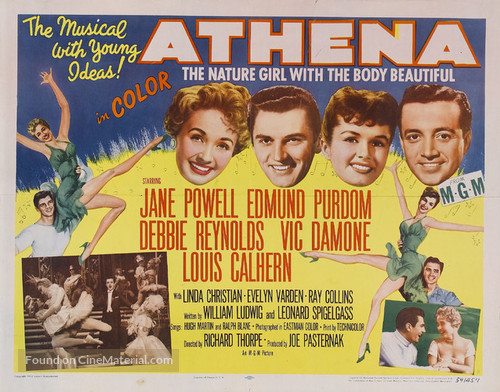 A young lawyer who is planning to run for Congress meets a pretty but eccentric young numerologist at the local nursery. She quickly surmises that they are numerologically destined for each other and offers to mulch his dying trees. It is awkward when she arrives at his house while his refined fiancee is visiting. When she leaves the house, she meets an old friend of his, a handsome young singer, and determines that he is right for one of his sisters. She brings him to her family’s health food store and eventually home to meet the family. The clan of grandfather, grandmother, and seven girls is dedicated to a vegetarian diet of fruits and nuts, abstinence from alcohol and cigarettes, fresh air, exercise, which includes body building for male students competing for Mr. Universe, and some superstitious elements like numerology, mythology, and astrology. Can the two traditional young men join their sweethearts’ health fanatic family, or is their love star-crossed? 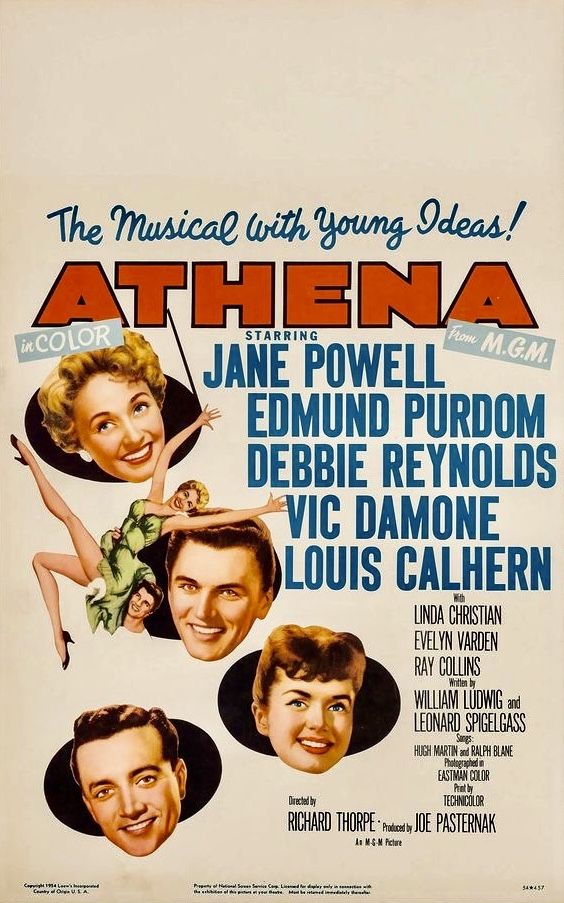 This movie was directed by Richard Thorpe. It was produced by Joe Pasternak. The production company was MGM. The screenplay was written by William Ludwig and Leonard Spigelgass. Esther Williams claimed to have conceived the initial story idea with writers Leo Pogostin and Charles Walters, since it was originally intended as a vehicle for her. This movie featured five new songs with music by Hugh Martin and lyrics by Ralph Blane. It also included a ten-year-old song by these two writers, “The Girl (Boy) Next Door” from Meet Me in St. Louis, and an opera aria, “Chacun le sait” from Le fille du regiment by Gaetano Donizetti.

This is a good Code film. There are no indecent, risque, or otherwise unacceptable elements. There are some rather odd ideas in this film, namely the beliefs espoused by the Mulvains, but there were no basic Code violations. The combination of Greek mythology, Eastern religion, outdoor dancing, and California nature living was disturbingly similar to Lomaland theosophism, the religious cult in which Geoffrey Shurlock was raised. However, I didn’t detect Mr. Shurlock non-Codish self-regulatory influence in this film, even though it was made so late in the Breen Era that it was released on November 4, 1954, twenty-one days after Joseph Breen’s official retirement. Although the Mulvains’ physical tenants like vegetarianism, fresh air, extreme exercise, and abstinence from harmful substances like alcohol and tobacco were unusual in the mid-50s,  they weren’t religious or moral points. The points which I found the strangest were the mystical beliefs, such as numerology, astrology, and especially Grandmother’s (Evelyn Varden) frequent trances, chanting in a foreign tongue, and communion with some mystical being called Narda. These are in direct opposition to the  traditional Judeo-Christian beliefs which were presented in most Code film. However, they were not depicted as true or right. There also was no criticism of accepted religion and morality, just certain social mores, such as clothing and diet. Basically, this was a farcical depiction of California naturalists. It was not disrespectful of people who seriously believe such things, but it also did not say that they were right while everyone else is wrong. A moral which was presented at the end was that true love and understanding is more important than any ideology.

I recommend this film. It was advertised as another Seven Brides for Seven Brothers, another Jane Powell MGM musical. It is a good movie, but it isn’t as good as Seven Brides. Jane Powell is very cute in this movie. She is perky and lively, and her singing sparkles on the songs she sings. Personally, I prefer her when she was a little younger, still playing adolescent girls in the late 1940s, but she is still good in this film. Debbie Reynolds is her spirited sister, who sings, dances, and accuses Vic Damone of being a cannibal for eating steak. She is lovable as always. This is the first time I have seen Edmund Purdom, an English actor who had a short career in Hollywood films in the mid-50s. I could tell that he wasn’t from Massachusetts as claimed, but he is good in this role. He is humorously opposed to the ideas and amusingly befuddled by the way Athena (Jane Powell) moves into his life and takes control. Vic Damone is charming in this movie, and he sings some very nice songs. Louis Calhern is hilarious as the stubborn head of the eccentric family. Personally, I could have done without the Mr. Universe competition, since I am not a big fan of bodybuilding, but I’m sure that it is an interesting inclusion for those who like such things. To the average viewer when this film was released, the Mulvains’ ideas and lifestyles were probably hilarious, since they were so unusual. Now that such beliefs are not uncommon in American society, it isn’t as funny. However, I tried to put myself in the mind frame of the time when it was made. This is the first film from 1954, the last year of the Breen Era, which I have watched as part of this series. It is pleasant to find a good Code film from the Breen’s Era’s last years. 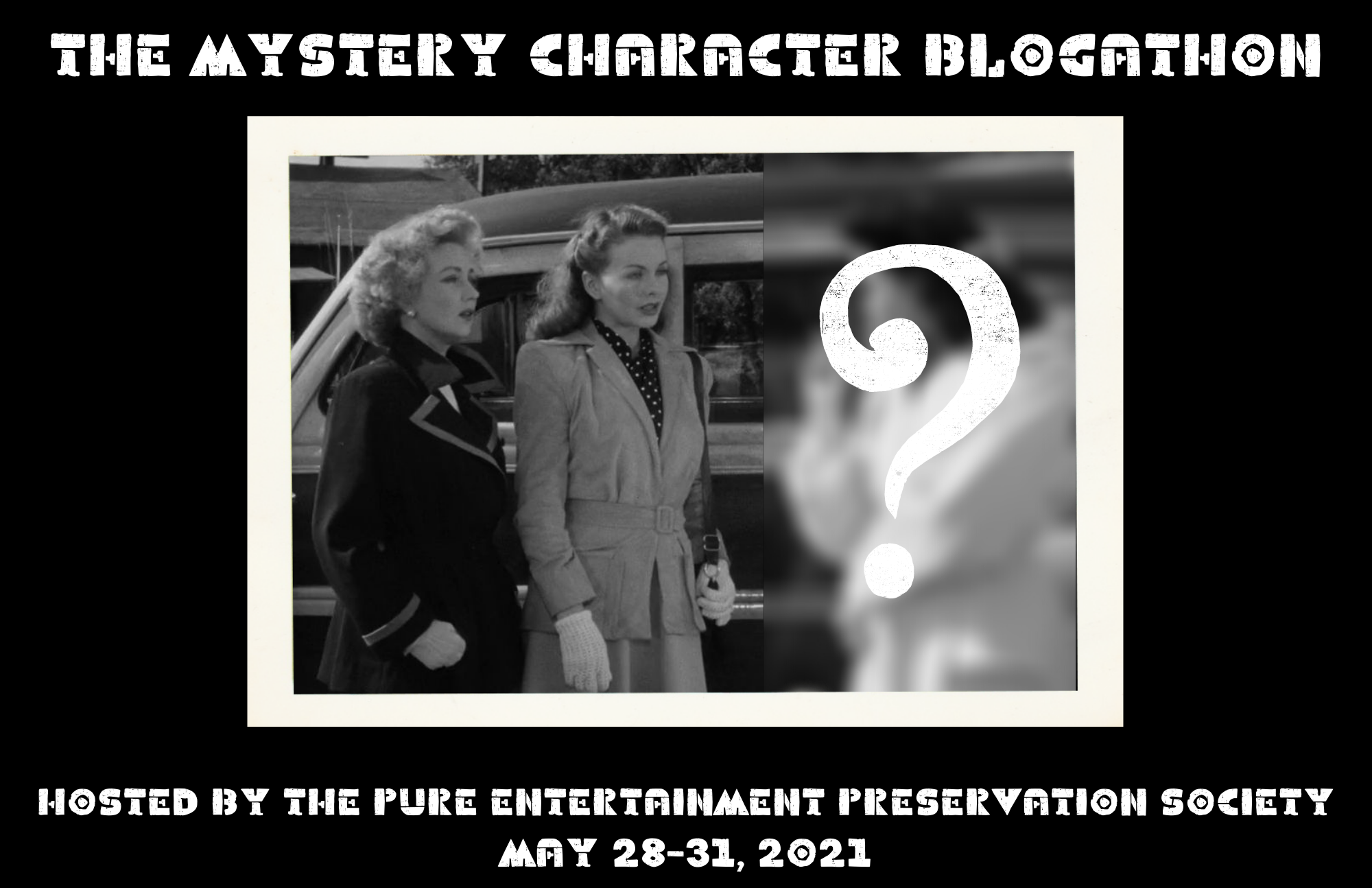