Today is Saturday, so it’s time for the first 100 New Code Films article of the week. This is the sixteenth week of the year and the second full week of April. Most every week, I watch and review two American Breen Era (1934-1954) films which I have never seen before. This not only provides a steady stream of content for my website. It also gives me a great opportunity to discover lots of Code films which I have never seen before. In addition to being enjoyable and entertaining, watching more films from the Code years increases our understanding of the films which were self-regulated by the Production Code Administration under Joseph I. Breen. 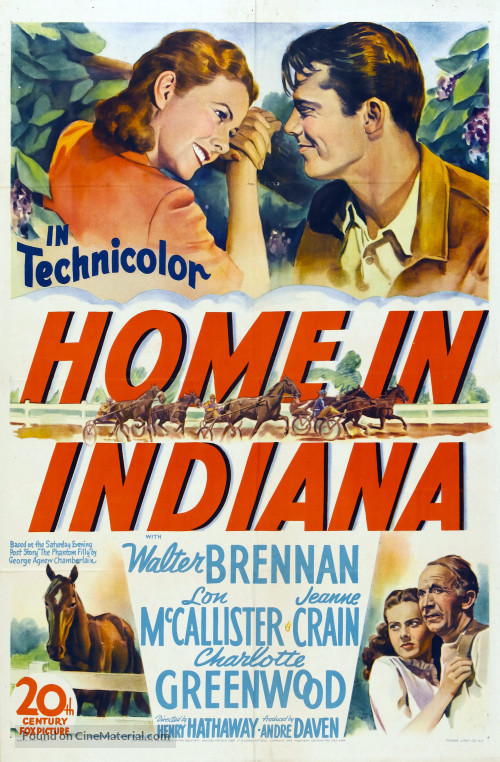 Today’s topic is Home in Indiana from 1944. On Monday, we were looking for a new Code film to watch on Roku. This streaming service features many free movie channels, many of which are exclusively devoted to classic films. In one such collection, we found Home in Indiana. The title and cast sounded promising, so we decided to watch it. An orphaned young man goes to live with his aunt and uncle, who own a small Indiana farm. They used to have a great stable for champion trotting horses, but now they just have one blind mare, the Lady. The boy wants to run away, but curiosity about a neighboring thriving stable makes him stay. When his guardians think he is going to school, he really is working at the stables next door, which are owned by his uncle’s bitter enemy. The attraction goes beyond the horses, since he likes the tomboyish but pretty stable-worker’s daughter and the owner’s glamorous daughter. When he sees how upset his uncle is by no longer participating in harness racing, he decides to secretly breed their mare. 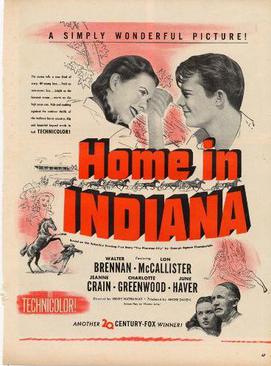 This movie stars Walter Brennan, Lon McCallister, and Jeanne Crain. Supporting actors include Charlotte Greenwood, June Haver, Ward Bond, and Charles Dingle. Lon McCallister, Jeanne Crain, and June Haver were all “introduced” in this film’s opening credits as new young stars, although Lon McCallister made his credited debut the year before in Stage Door Canteen after years of being an uncredited child actor.

This movie was directed by Henry Hathaway. It was produced by Andre Daven. The production company was 20th Century Fox. The screenplay was written by Winston Miler. It was based on a story called The Phantom Filly by George Agnew Chamberlain, which appeared in the Saturday Evening Post. This movie was nominated for an Academy Award for Best Color Cinematography for Edward Cronjager. 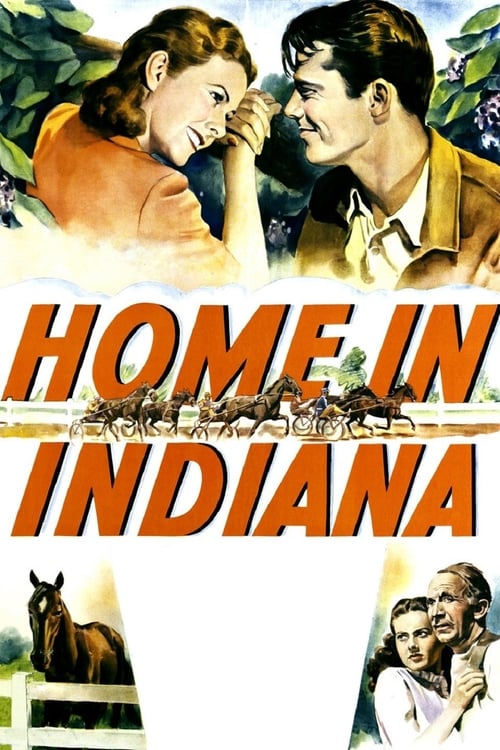 This is a good Code film. It is very wholesome and decent. This is a movie about family, helping others, and determining to succeed. It shows simple Americana charmingly with charming young actors. It manages to present an entertaining story without unacceptable elements such as profanity, suggestive content, or graphic footage. I appreciated the delicacy with which the breeding of the mare was handled. It was implied that Sparky (Lon McCallister) was bringing the male horse to the Lady’s stable to breed them, but it was not improperly suggestive. 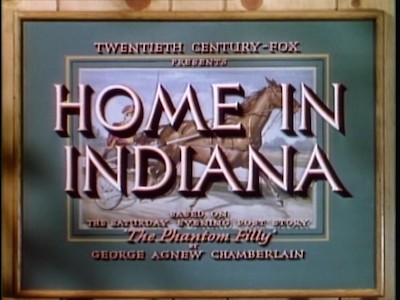 I highly recommend this film to my readers. It is a really good movie. I found it very enjoyable. The acting was great. Lon McCallister was very youthful, energetic, and convincingly emotional in his part as the young man who wants to make something of his family’s stables again. Jeanne Crain was cute and sweet as the girl who loves horses almost as much as she loves the boy next door. Walter Brennan was a lovable curmudgeon in his usual sort of role. He could be gruff at times, but it was wonderful to see how this character softens toward Sparky. Charlotte Greenwood is very endearing as the aunt who cares about her nephew and wants to help her husband find his joy for life again. June Haver is very believable as the slightly snobby rich girl, Cri-Cri, who ignores Sparky’s romantic interest until he becomes a racing star. She is pretty and fairly nice but just snippy enough to make the audience strongly prefer her friend, Char (Jeanne Crain). The rest of the cast is excellent, as well. I really enjoyed seeing the harness racing in this film. It is very authentic and very interesting to see the racers driving in the trotting race. I really liked this movie. It is a wholesome glance into the past in America’s rural racing.