Today is Sunday, so it’s time for the second 100 New Code Films article of this week, which is the first week in April. This series’s purpose is to give me the opportunity to review Code films which I have never seen previously. This year, I am going to watch 100 American Breen Era (1934-1954) movies which I have never seen before. Will I run out of new Code films to watch soon, you ask? I should say not. At least eight thousand American Code films were made, so I’m just making a small dent in the large genre! In my lifetime, I hope to watch every Code film ever made.

Today’s topic is Mr. Scoutmaster from 1953. On Saturday evening, my family and I browsed through the movies which could be bought on Amazon Video. We saw Mr. Scoutmaster, which we had never seen before. My mother said that she had seen the trailer for this film and that it looked cute. I agreed that the cast and the premise sounded charming, so we purchased it. 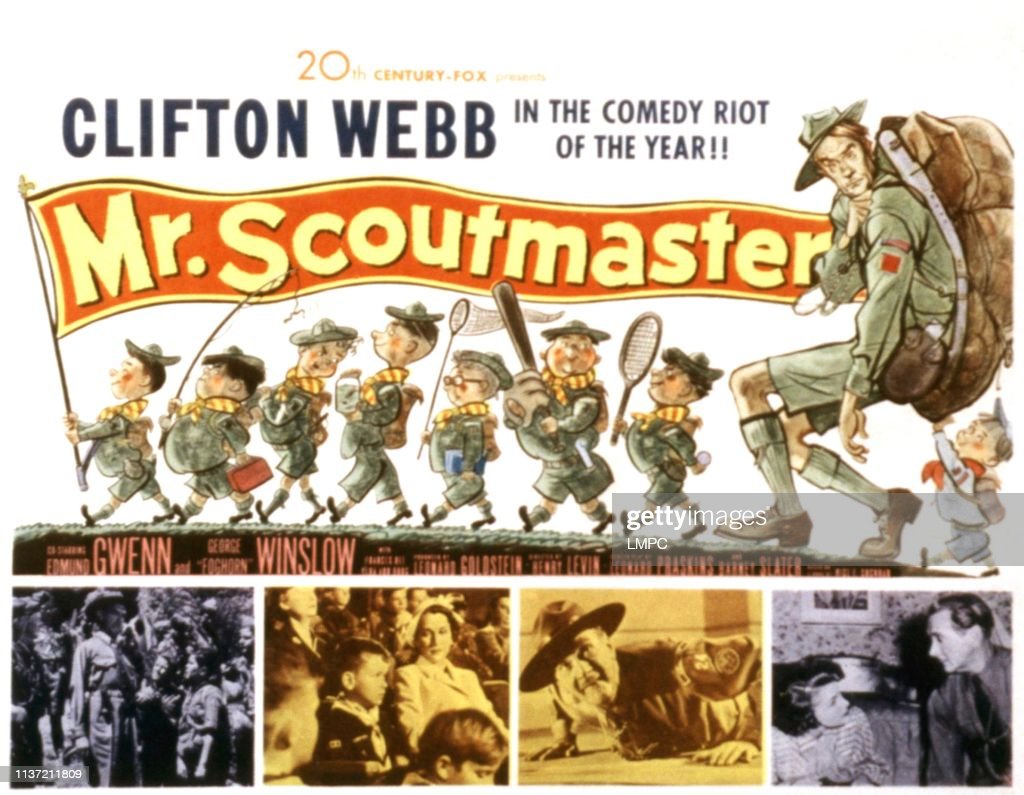 An erudite, middle-aged television writer is warned that he will lose his job if he can’t make his program appeal to the young. His beautiful but childless wife suggests that they adopt a child, but he points out that the lengthy process would not help him in his current predicament. When he learns from the kindly local minister that a new scoutmaster is needed for the local Boy Scout troupe, he eagerly agrees, seeing his chance to study the younger generation. He has no idea to what he is agreeing, and he soon finds himself facing a troupe of troublemakers and one lonely Cub Scout who is attached to him for some reason. 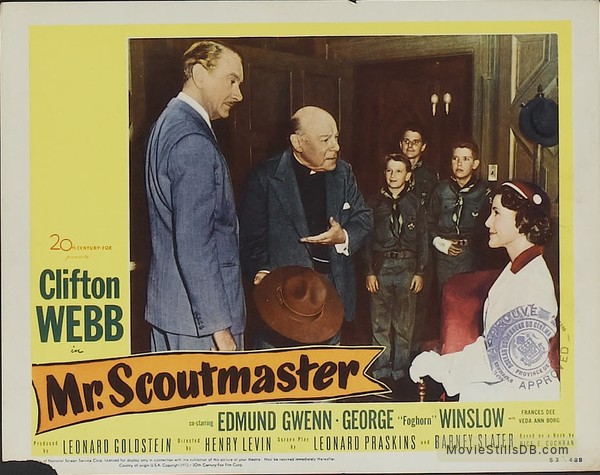 This is a good Code film. It is as wholesome as a Sunday picnic in the local park. It is clean fun for the whole family. All good Code films are acceptable for all viewers, but this movie is especially appropriate for children because it focuses on young boys. It shows the importance of being a good scout, being unselfish, and honestly facing your responsibilities. Since the end of the Code, only Disney has consistently made films as uplifting, cheerful, and family-oriented as this, and even they strayed from that goal after Walt Disney’s death in 1967. There is nothing in this film to offend anyone.

I highly recommend this film. It is so cute and so much fun. If you want a lighthearted, clean film to lift your spirits, this is a great picture for you. Clifton Webb is perfect as the scoutmaster. He contains his usual irascible nature and dislike for children such as he displays as Mr. Belvedere. However, he is surprisingly enthusiastic and good-natured about the difficult assignment, even if it is for his own purposes. Frances Dee is charming and lovely as his wife, who longs for the children which she can never have herself. Edmund Gwenn is lovable as the minister. One of the most memorable characters is little Mike, who is played by the adorable and uniquely monotone George “Foghorn” Winslow.  This cute little boy is so endearing as the child who has no family in evidence but brags of luxurious surroundings to cover up. He is very unusual, yet he is extremely believable in this moving role. The rest of the boys are wonderful, too. In addition, this is a respectful and beautiful testament to the wonderful things which the Boy Scouts do. This is a great film!