Today I am going to publish my first article of the thirteenth week of 100 New Code Films. This series is the 2020 sequel of 52 Code Films, 2019’s series about discovering American Breen Era (1934-1954) movies we have never seen before. Last year, I watched and reviewed one new movie each week, reaching fifty-two. I watched some extra new Code films some weeks, but I didn’t review them. This year, I am increasing my new movie-watching by setting a goal of watching and reviewing 100 new movies. To achieve this, I must watch two new movies in all but four weeks of the year. 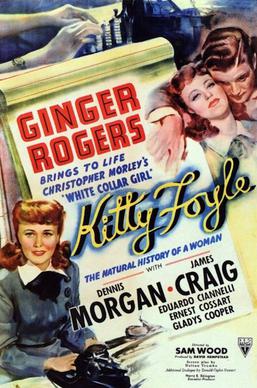 Today’s topic is Kitty Foyle from 1940. When I started this series, I determined to not just watch random films. I decided to make sure that a substantial portion of the new films I review are acclaimed ones. To achieve this, I made a list of the Academy Award winning films from the Breen Era which I haven’t seen yet. I decided to watch as many of these twenty-eight films as possible this year, if not all of them. Kitty Foyle is one of the films on that list, since Ginger Rogers won Best Actress for her performance in it. This is now the fourth film on the list I have watched and the first one in the Best Actress category. I watched this film on Sunday by buying it on Amazon Prime Video. 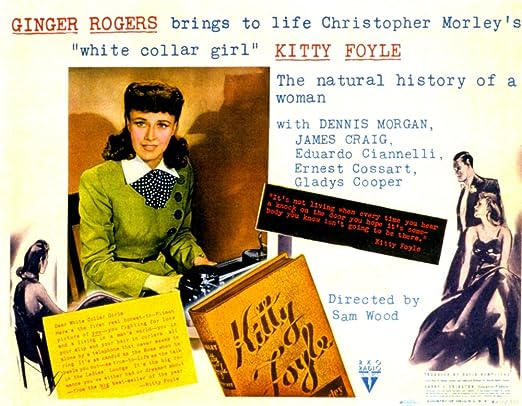 A white collar girl in New York City accepts a marriage proposal from a handsome young doctor. As she is packing to elope with him that night, her old flame, a millionaire from her hometown of Philadelphia, arrives and asks her to go with him to South America. However, he informs her that he can’t get a divorce, so they won’t be able to get married. She agrees to meet him at the pier, but once alone again she realizes her great choice. She remembers her youth in Philadelphia, becoming a secretary to the handsome young heir, falling in love with him, impulsively getting married, and then leaving him after a week because they can never fit into each other’s worlds. Should she choose her ex-husband, whom she still loves in a special way but whom she can’t remarry, or the doctor, who can offer her marriage and uncomplicated happiness? 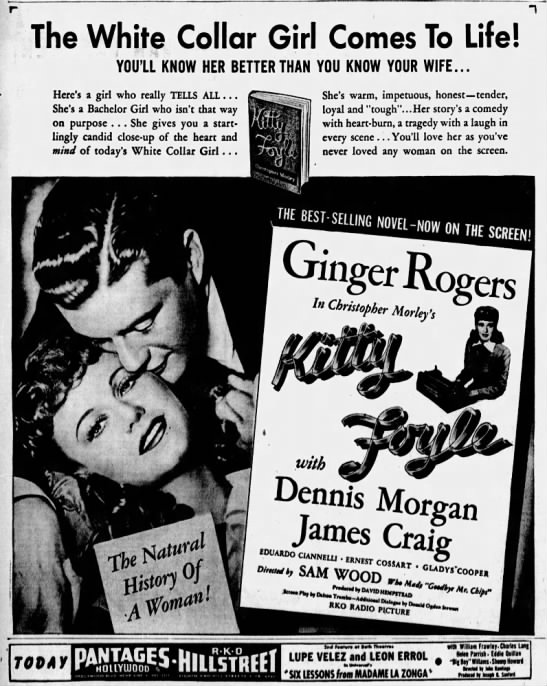 This movie was directed by Sam Wood. It was produced by David Hempstead with executive producer Harry E. Edington. The production company is RKO Radio Pictures. The screenplay was written by Dalton Trumbo from Christopher Morley’s novel White Collar Girl. Additional dialogue was provided by Donald Ogden Stewart. This movie was nominated for Academy Awards for Best Picture, Best Director for Sam Wood, and Best Sound Recording for John Aalberg. Ginger Rogers won Best Actress for her performance.

This is a poor Code film. I am sorry to give it this classification, as I always am with such films, since it is a decent, wholesome movie. There are no surface Code violations in this movie. It is clean and acceptable in every except for one basic plot problem, divorce. Kitty is divorced from Wyn (Dennis Morgan), so it will be divorced remarriage if she marries the hitherto unmarried Mark (James Craig). Thus, one would think that the only Code-compliant solution is for her to remarry her ex-husband, Wyn. However, after getting divorced from Kitty, Wyn married Veronica (Kay Linaker), with whom he had a son. Furthermore, he can’t even divorce her to remarry his first wife. Thus, there is no Code compliant solution. Although I won’t spoil the ending for those who haven’t seen this film, I will state that the best possible conclusions was reached in this difficult situation. Unfortunately, since divorce and remarriage couldn’t be avoided in any situation, it is a poor Code film. It is still a great and wholesome movie, though! 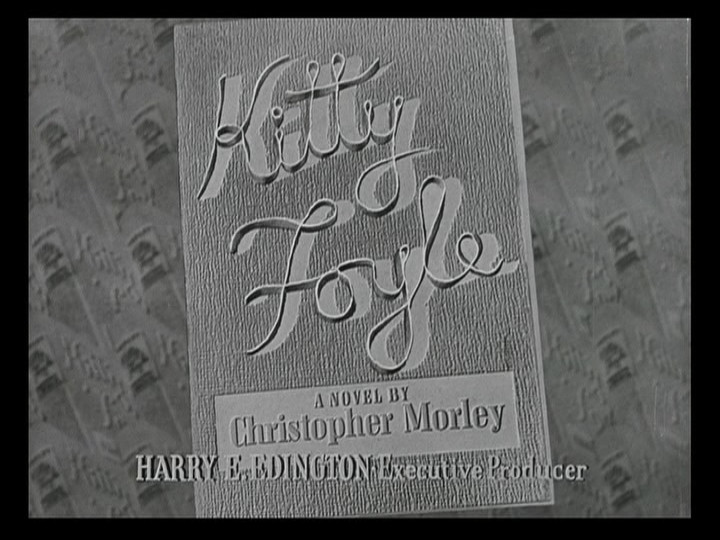 I highly recommend this film. The acting in it is excellent. Ginger Rogers certainly deserved her Academy Award. She truly proved that she was a dramatic actress as well as a musical star. She is convincing as a fifteen-year-old girl, a twenty-one-year-old young woman, and finally a twenty-six-year-old. Her emotions show a diverse range, from playful to determined and even to very touchingly heartbroken. The two leading men are great characters with whom she could interact. Dennis Morgan is charming as Wyn, yet he embodies the role with significant confidence and inhibitions to be convincing as a rich young man who is aware of his family responsibilities. James Craig is sincere and honest as Mark, very different than Wyn. He is simple and uncomplicated, so you know exactly who and what he is. The rest of the cast is excellent, as well. One of the most touching scenes is when Kitty meets Wyn’s son (Richard Nichols). The little boy is so sweet and cute. You can see in Kitty’s eyes that she imagines he were her son. I really liked this movie. It is charming and beautifully executed, full of emotion and undying truth. I think you will like it, too.