Today is Sunday, so it’s time for my second article of the week in the series 100 New Code Films. Every week, I watch and review two classic films which I have never seen before. However, how does one specify which movies qualify as classics? The term is generally applied to old films, but it’s hard to know when to draw the line at age. I generally use 1970 as the cut-off mark for the classic category, but I don’t think that all the films made before that year are equal. Movies made between 1934 and 1954 in  America are Code films, since they were self-regulated by the Production Code Administration to ensure adherence to the Motion Picture Production Code, which ensured decency for all viewers. Here at PEPS, we study the Code and its films extensively, since we believe that those are the very best films. One of the ways we study them is through this series, which gives me a schedule for watching new Code movies. 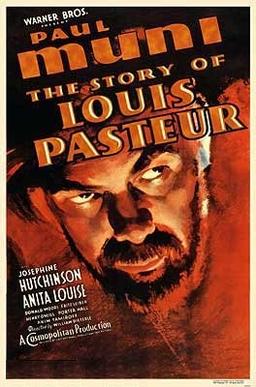 Today’s topic is The Story of Louis Pasteur from 1936. When I announced this series at the beginning of the year, I declared that I would try to make some of my new Code films highly acclaimed ones. Thus, I made a list of the films which won Academy Awards for Best Picture, Best Director, Best Actor, and Best Actress during those twenty years which I haven’t seen yet. The list amounted to twenty-eight films which I hadn’t seen yet. I aim to watch all those films this year, if possible. So far, I have seen two of them. This film is the third, since Paul Muni won Best Actor for his role in it. I watched this film this afternoon.

A hard-working chemist is determined to prove to France that disease is caused by microbes and germs, which could be eradicated by boiling instruments and doctors washing their hands. After the court doctors protest his predictions of the queen’s sister’s death in childbirth, he is forbidden from publishing further pamphlets and asked to leave Paris. Years later, it is found that livestock in the region where he is living don’t die of the plague which kills them throughout the country. The chemist knows that his vaccine is saving them, but no one will believe him except his devoted wife, his lovely daughter, his small group of fellow scientists, and one young scientist from court who believes him and takes a fancy to his daughter. Can they convince the world that this brilliant man’s science is correct so that he can save lives throughout the world? 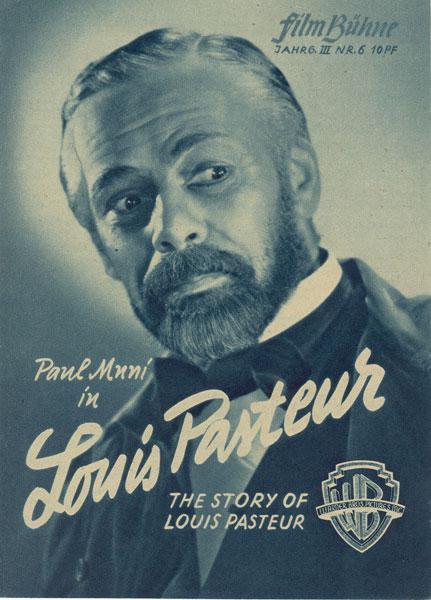 This film was directed by William Dieterle. It was produced by Hal B. Wallis. The production company was Warner Bros, and it was a Cosmopolitan Production. The story and screenplay were written by Sheridan Gibney and Pierre Collings, based on true events of Louis Pasteur’s life. This film was nominated for an Academy Award for Best Picture. It won three Academy Awards, Best Actor for Paul Muni, Best Original Story for Sheridan Gibney and Pierre Collings, and Best Screenplay for the same. 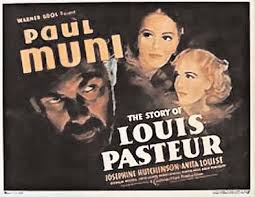 This is a perfect Code film. There is nothing unacceptable about this film. All the dialogue is free from objection, and all the situations are Code compliant. I think the right word to describe this film is clean, since this movie is all about destroying uncleanness and filth with proper sanitation. Destroying filth is an excellent topic for a movie made in only the second full year of the Code’s enforcement! A film like this isn’t likely to have risqueity, indecent costumes, or suggestive situations. Foul language is always a possibility, but it was naturally avoided in this film. The only Code violation which could have been present in this film is grotesque, graphic, or distasteful content regarding science. After all, many scientific topics, especially those such as germs, disease, and sanitation, can be quite distasteful. It is a credit to this film’s delicacy that I was eating a meal while watching this film and felt not the slightest queasiness about the content. However, neither cleanliness nor delicacy are the reason that I classify this film as perfect rather than good. I found it to be of this special category because it honors and glorifies a man who toiled throughout his life, not for himself, but for the good of mankind. He works tirelessly for years despite criticism, ridicule, and naysayers because he knows that his findings are true. He knows that countless lives will be saved in years to come if his findings about sanitation and germs are accepted. His selflessness, bravery, and determination against all odds are very inspiring. They motivate us to fight ignorance and falsehoods now as then. Especially in trying times like these, movies like this can lift people to a higher level of hope and integrity, and that is the true spirit of Code films. 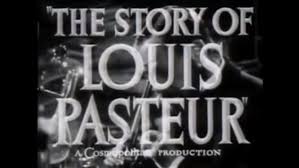 I highly recommend this film. It is a beautiful portrait of the life of a brave, brilliant man who must not be forgotten, Louis Pasteur. His work has made life safer and healthier for generations since he lived. Paul Muni did a brilliant job in this role. He truly took Monsieur Pasteur off the pages of history books and brought him vividly to life. His interpretation of the role was very human, brave, tender, occasionally humorous, and, above all, determined. He adds great nuance and deep emotion to this role. I really enjoyed his performance. The rest of the cast supported him beautifully. As his wife, Josephine Hutchison was supportive, concerned, loving, and always there for him. Anita Louise was very sweet yet believably envious of the time spent with science as Louis’s daughter, who later marries his assistant. The rest of the cast is full of great actors, such as many familiar faces as Monsieur Pasteur’s scientific colleagues, whether they are allies or opponents. The story moves swiftly and smoothly, leaving the audience riveted every moment. I left this film with an increased appreciation of not only Paul Muni, whom I have only seen in one film other than this, but the man he played. Louis Pasteur and his colleagues, other great pioneers of the past, should always be remembered gratefully and honored for their magnificent contributions to the human race. During times like this, when our country is facing a health crisis, movies like this one are perfect for lifting our spirits. Like Louis Pasteur, we must never lose hope. There is always a way!