Today is Sunday, so it’s time for another 100 New Code Films article. This will be the second article in the series in the eleventh week of 2020. This has been a busy week here at PEPS for publishing articles. On Tuesday, I published my first new Code film article of the week; on Thursday, Rebakah breened Paris When it Sizzles from 1964 for Breening Thursday; and on Friday, I published my first Film Fashion Friday article of 2020 about the cutaway coat. I am concluding this week with this article about the twentieth charming Code film I have discovered this year. We are now one fifth of the way through this series. 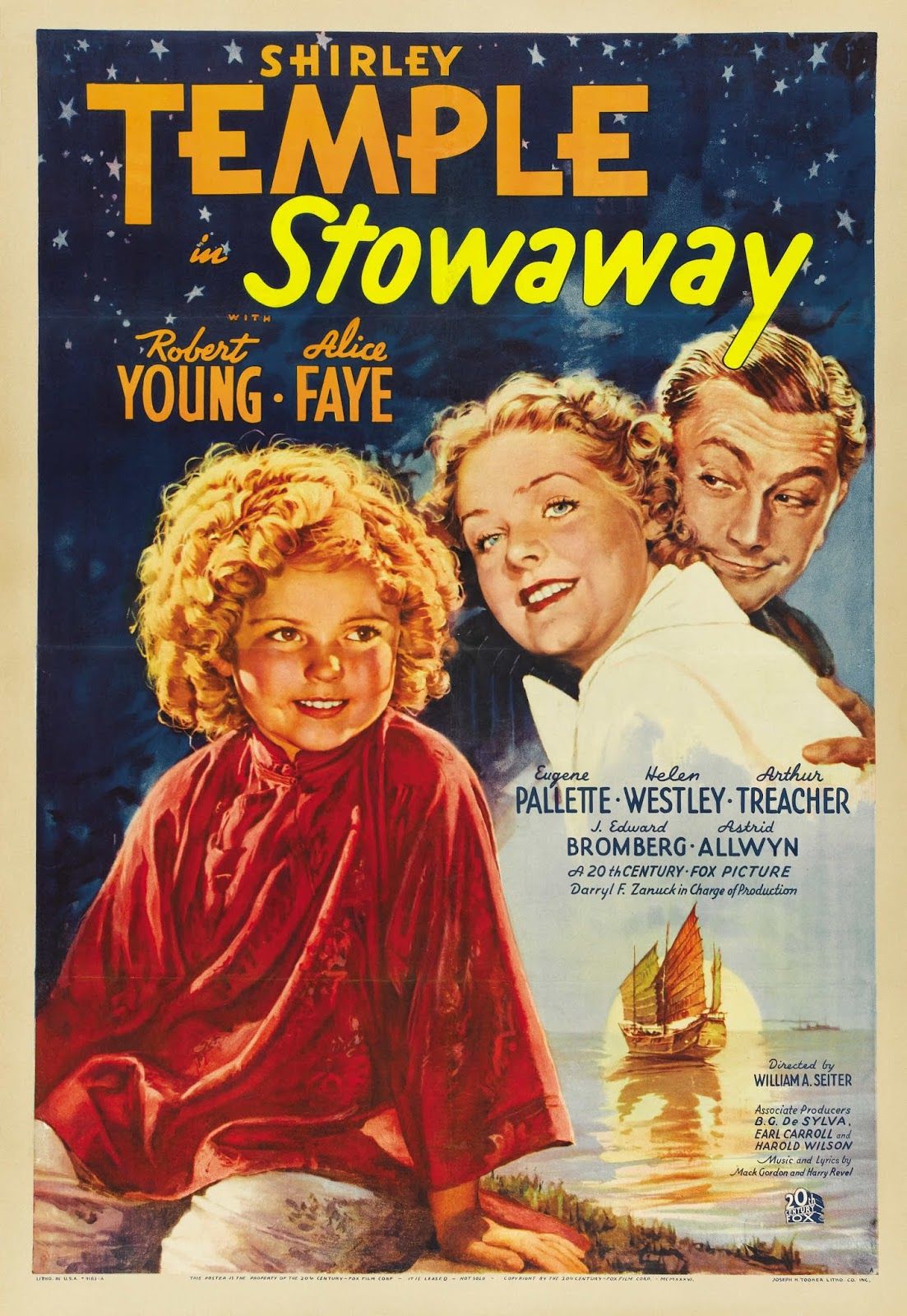 Today’s topic is Stowaway from 1936. On Thursday evening, we were trying to decide what movie to watch. My father suggested a couple of Shirley Temple movies before suggesting Stowaway. We have an extensive collection of Shirley Temple films on VHS, but we haven’t watched them regularly in recent years. When he mentioned this film, I remembered that Sally Silverscreen reviewed it during #CleanMovieMonth85. My father mentioned that Stowaway is appropriate during this time of crisis over the China-based coronavirus. Then, I realized that I had no recollection of watching this movie, so it could be my second new Code film for this week! The orphaned daughter of Chinese missionaries is sent away by her wise Chinese tutor when a dangerous man’s approach threatens the missionaries with whom she is living. However, the Chinese servant who accompanies her takes her money while she is sleeping but ends up on the wrong boat. Thus, the little girl must fend for herself and her pet dog all by herself. On shore, she meets an American millionaire by helping him speak to a Chinese merchant. He takes her under his wing, and she ends up accidentally stowing away on the boat the young playboy takes. When she is discovered, she is put under the care of a young woman engaged to a man she doesn’t love and the young American, who feels responsibility for the first time in his life. 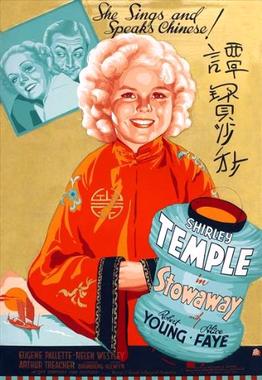 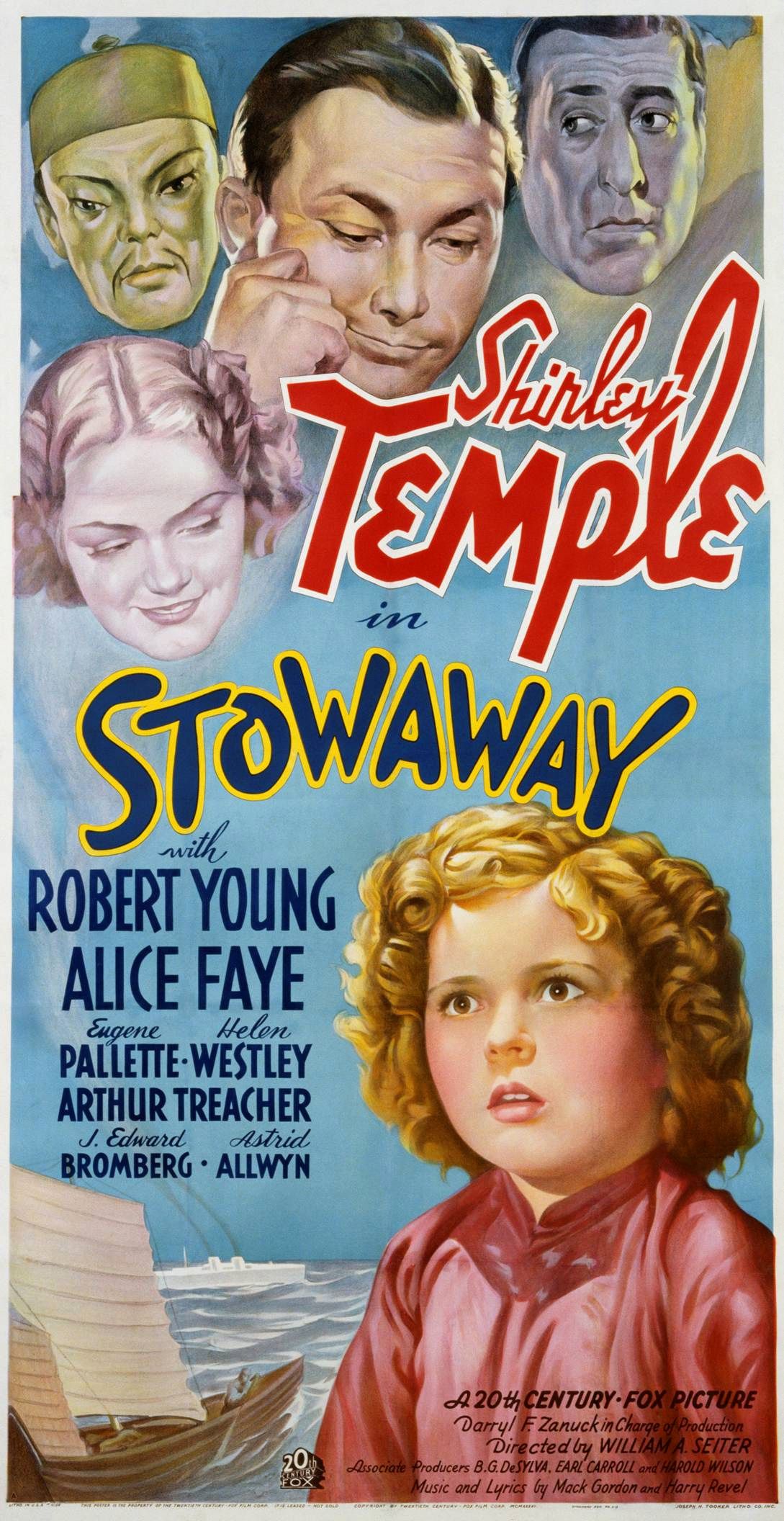 This movie was directed by William A. Seiter. It was produced by Buddy G. DeSylva with associate producers Earl Carroll and Harold Wilson. The production company is 20th Century Fox. The screenplay was written by William Counselman, Arthur Sheekman, and Nat Perrin. The story was written by Samuel G. Engel.

This is a good Code film. It is wholesome, clean, and decent. It has no objectionable qualities. There is nothing in it but good, fun entertainment. There are no violations of the Code in any part of the film. Like most Shirley Temple films, this movie is a great anti-Depression tonic. The songs, the cheer, and the characters are full of the Depression-combatting propaganda which was typified by America’s little sweetheart. As the global COVID-19 pandemic challenges America with closures, cancellations, and other trials, films like this can uplift our spirits, as they did during the difficult years of the Great Depression.

I highly recommend this film. It is so cute, and it has a good plot, too. The acting is really good. Little Shirley is adorable. This is one of her earlier films, so she looks really young. The most impressive aspect of her performance is the fact that she frequently speaks Chinese! She speaks the difficult tongue very naturally, giving the convincing impression that she was raised in China. Robert Young is charming as the young man who has been frivolous and selfish for most of his life but develops responsibility and concern for others after meeting little Ching Ching. Alice Faye is very nice as the young woman in the film. Not only does she act charmingly, she sings very beautifully, as well. My favorite part of the film was a Chinese version of the Major Bowes Amateur Hour. First, a Chinese fellow did a Bing Crosby impression, singing “Please” with a slight Chinese accent until he got the gong. Then, Shirley got up and sang a perky rendition of “S.M.I.L.E.” It went from cute to riotously hilarious when she sang the song doing impressions of Al Jolson, Eddie Cantor, and Fred Astaire and Ginger Rogers! This is such a cute movie. It’s a great movie to watch during these trying times. Thankfully, the only thing that comes from China in this story is adorable Shirley Temple as Ching Ching!