Today is Sunday, so it’s time to publish my second 100 New Code Films article in this the tenth week of 2020. In all but four weeks of this year, I am watching and reviewing two Code films which I have never seen before as part of this series. It can be difficult to determine which classic films qualify as Code films, but there is a fairly straightforward way to tell. Firstly, all Code films come from the Breen Era, which lasted from July of 1934 through 1954. However, foreign films were not self-regulated by the Production Code Administration, so only movies made by American companies are Code films. 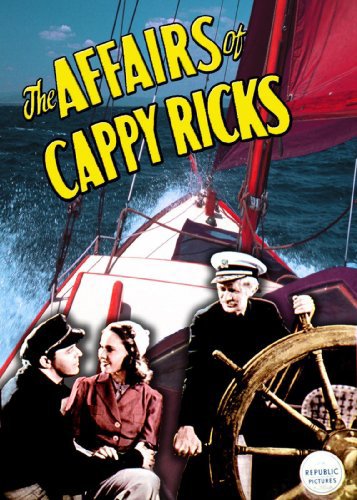 Today’s topic is The Affairs of Cappy Ricks from 1937. Like my first article in this series this week, this article is a blogathon entry as well as a new Code film review. This is part of the Out to Sea Blogathon. When joining this blogathon, I searched our Amazon Video watchlist for seafaring films. The poster of The Affairs of Cappy Ricks caught my eye, what with the sailing ship and the ocean is depicts. I watched it on Wednesday. 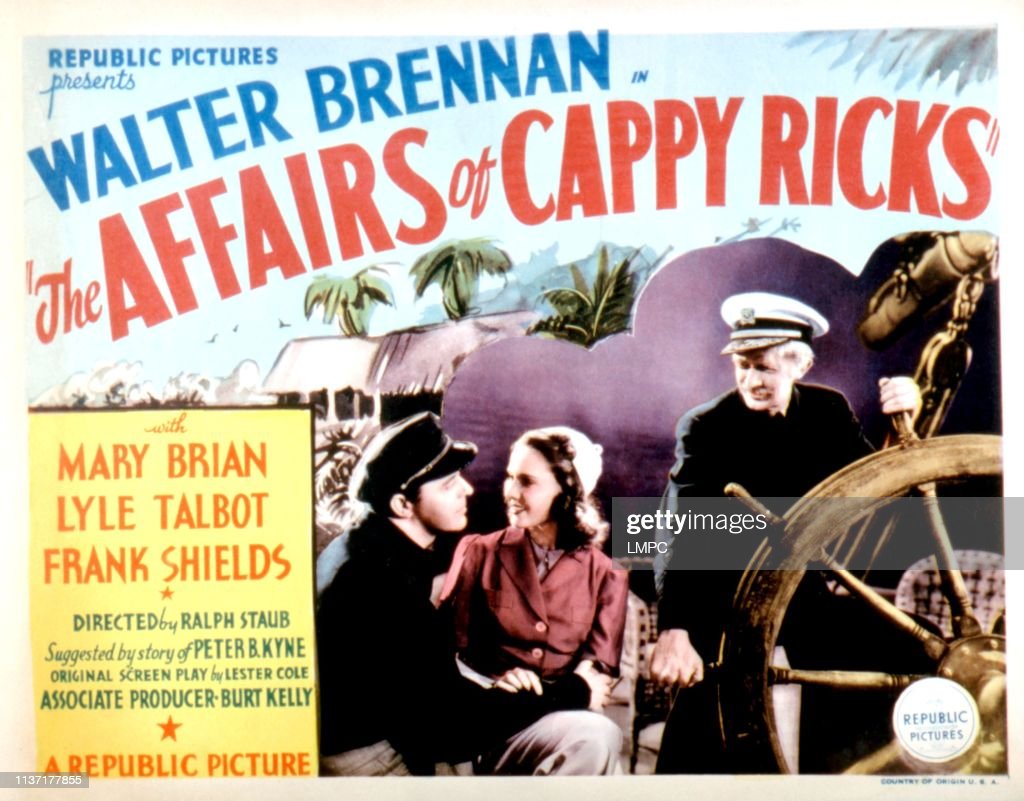 When a sea captain comes home after a long trip, he finds his home taken over and modernized with push buttons by his business partner’s widow, his older daughter about to head to Reno to divorce the widow’s weak son, his younger daughter engaged to the spineless son of the modern machinery manufacturer, and his business being taken over by the widow and the machinery maker. He decides that he must reacquaint his family with the value of hard work before it is too late, so he and his handsome young sailor friend trick them into going on a weekend sailing trip which turns into an eight-week voyage! At first, they refuse to join the crew, but it won’t be long until they surrender to working hard and the younger daughter surrenders to the charms of the young sailor, her former fiance. 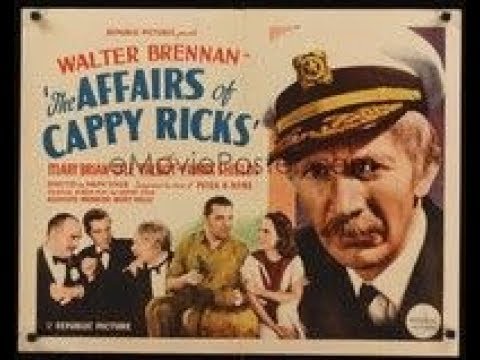 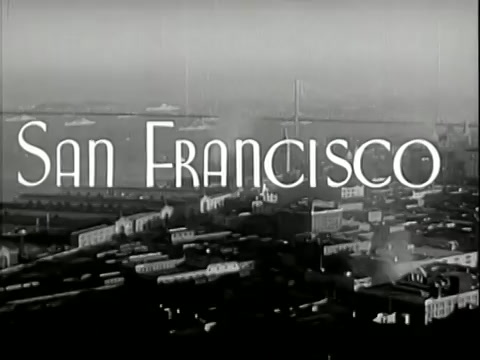 This movie was directed by Ralph Staub. It was produced by Burt Kelly and Gregg Turkington. The production company was Republic Pictures. The screenplay was written by Lester Cole. It was based on a story by Peter B. Kyne. 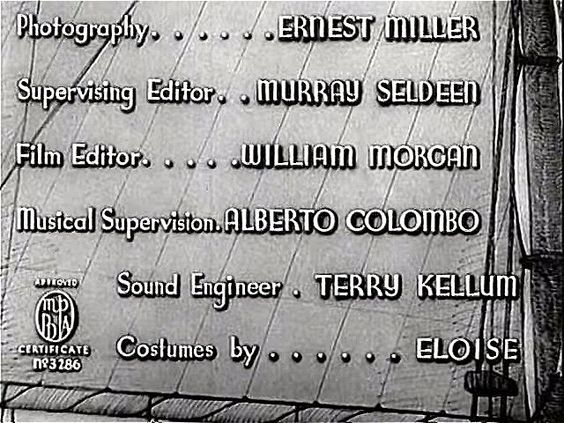 This is a good Code film. It is clean and wholesome. There is nothing which violates the Code to be anywhere in this film. There is no improper language. There are no indecent costumes. There are no inappropriate situations. Marriage is respected and honored throughout. In addition, this film praises the value of hard work and doing things for yourself. It shows how people can become lazy, stupid, and useless when they let machines do everything for them. That message is more valuable and poignant today, in our age of technological takeover, than ever before. This is a fun, wholesome little film which anyone can enjoy! I highly recommend this film as an hour-long jaunt into the good old days of the 1930s. It is a very simple story, but the telling is funny, charming, and heartwarming. Walter Brennan is hilarious as the stubborn but lovable Cappy Ricks. He won’t let modernization ruin his life. Walter Brennan was only forty-three when he played this role, but he was convincing as an older man. The young sailor, Bill, is played by Lyle Talbot, whom I know as Ozzie Nelson’s best friend and neighbor, Ralph, on The Adventures of Ozzie and Harriet years later. Here, he looks younger, though not that much different. I found him very likable in the role of the sailor who doesn’t want to admit how much he loves his captain’s daughter. The rest of the cast didn’t feature many actors with whom I was familiar, but they were all very effective in their parts. The dialogue is great. There were some really funny lines and scenarios. If you want to watch a short and lighthearted film, look no further than The Affairs of Cappy Ricks!

This is my entry in The Out to Sea Blogathon. The blogathon is being sailed by Captain Debbie Vega of the good ship Moon in Gemini this weekend. This blogathon honors films which take place on or near substantial bodies of water. I am happy to report that The Affairs of Cappy Ricks fits this category very well, since the characters spend a good deal of the time out to sea!  Cappy Ricks is a sea captain, and Bill is a sailor. The captain decides that his family needs to get out in the open again to rediscover the true meaning of life and the importance of hard work. Thus, he shanghais them into taking a long voyage to the South Seas. Aside from two other sailors, the crew is comprised of Cappy Ricks, Bill, the captain’s older daughter, her husband, his younger daughter, and the partner’s widow. They are a very unwilling crew, but two months out to sea and some time on a desert island teach them what’s what! The next time you have that seafaring urge, this is a good movie to take you out to sea!