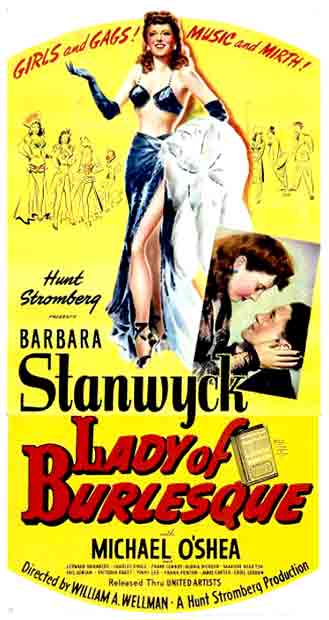 Today’s topic is Lady of Burlesque from 1943. When I heard that Rebecca Deniston is hosting a blogathon in honor of Leap Day, the Leap Year Blogathon, I decided to think of a topic which would fit this blogathon. Acceptable topics include films which involve or take place on Leap Day, films made by people born on Leap Day, or any film which one feels like reviewing on this special day. Since I didn’t know of any new Code films which are about Leap Day, I decided to review the list of people with Leap Day birthdays which Rebecca cited. On that list was director William A. Wellman. I saw that he directed Lady of Burlesque, which has been on our Amazon Video watchlist for a while. I watched this film yesterday. A burlesque dancer is successful on the stage during her first week at the burlesque theater which is a former opera house, although backstage she must avoid the romantic attentions of a baggy-pants comic and put up with a snooty singer with classical aspirations with whom she develops a feud. The star is determined to move beyond burlesque to the bigtime on Broadway, but her plans are sidetracked when an uppity dancer who calls herself a Russian princess comes back and demands the starring role. Things at the theater take a sinister turn when the operatic singer is found strangled with her own G-string, and everyone in the theater becomes a suspect. 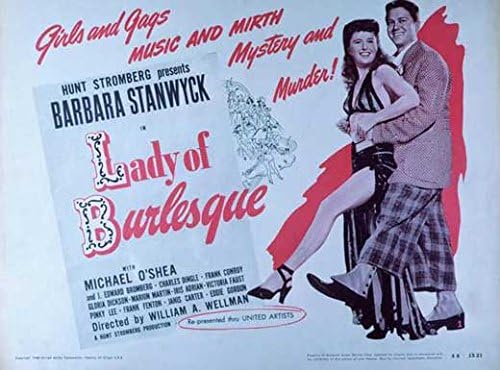 This film was directed by William A. Wellman. It was produced by Hunt Stromberg. The production company was United Artists. The screenplay was written by James Gunn, based on the 1941 novel The G-String Murders by Gypsy Rose Lee. It was nominated for an Academy Award for Best Scoring of a Dramatic or Comedy Picture for Arthur Lange. 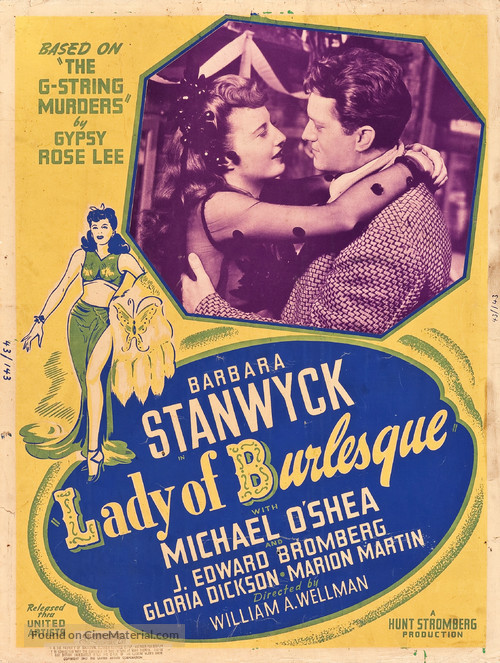 This is a fair Code film. There isn’t any objectionable dialogue or questionable romantic content. In fact, this film, although about burlesque dancers, does not show striptease dancing of any sort. I am classifying fair because of the costumes. Several costumes have low necklines, very short skirts, or transparent panels on the tops. The worst costumes are those worn by Barbara Stanwyck. Also, the frequent mention of G-strings, a rather intimate item of female apparel, is in somewhat poor taste. The filmmakers originally wanted to call the film by the title of the original novel, The G-String Murders, but the PCA objected. Also, the majority of Americans didn’t even know what a G-string was at this point. According to IMDb, the self-regulators found G-strings to be questionable murder weapons, yet the film was eventually allowed to use this. No woman is ever shown wearing the garment, and it is never really described, so it isn’t too bad. The only other point was that the first murder victim’s eyes were partially open. It wasn’t graphic, but it is better for corpses to have their eyes closed. In general, I was pleased by the lack of suggestive dances in the burlesque shows. 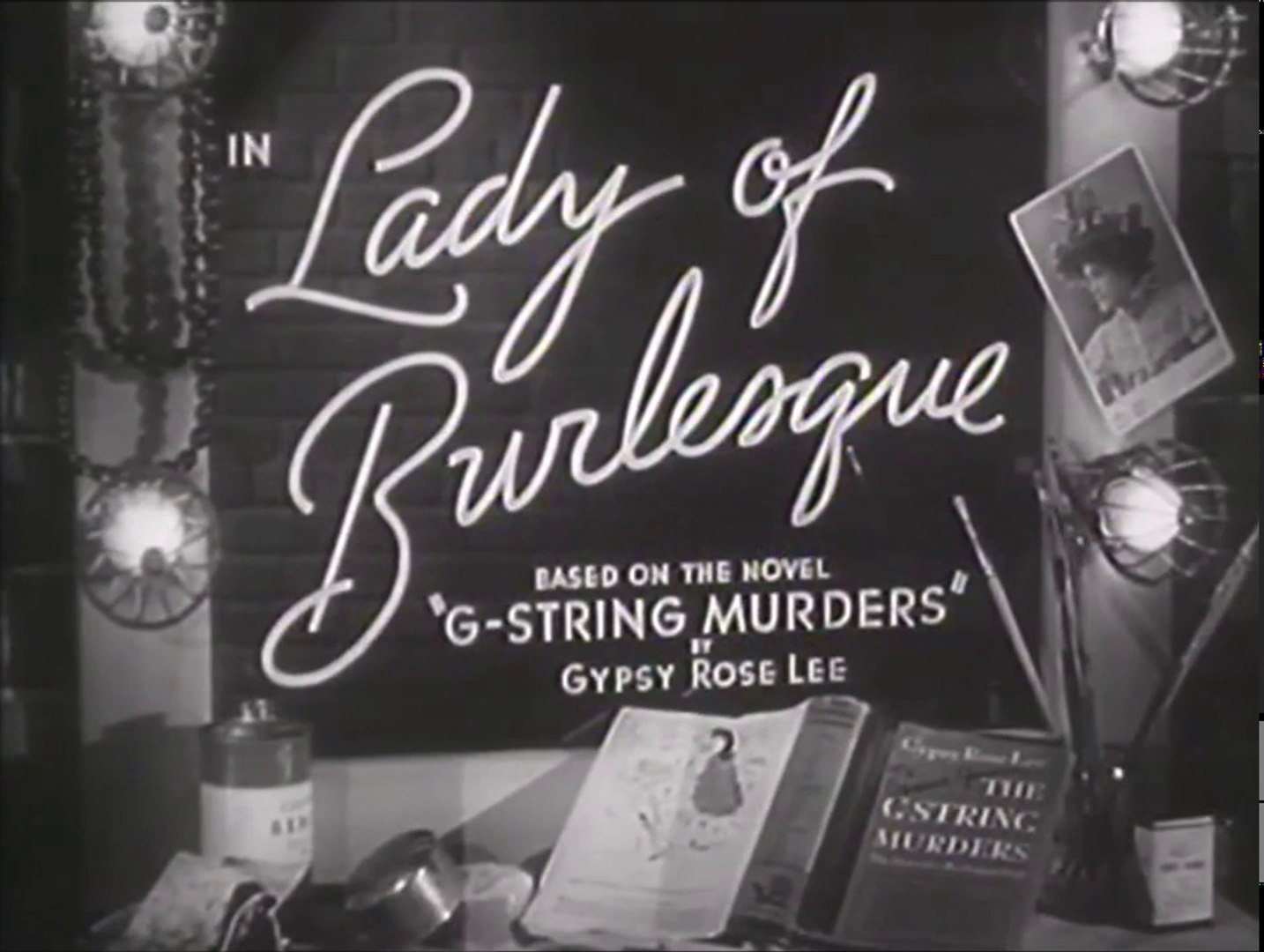 I recommend this film to my viewers. It was very entertaining. Barbara Stanwyck gives a good performance as the smart showgirl who has sights set on something better than a shiftless comic. She is rather hard, like in her pre-Code films, but this character did not have the moral promiscuity and come-hither attitude which was associated with those characters. Michael O’Shea is very funny yet also likeable as Biff, the Irish comic who is determined to win Dixie’s (Barbara Stanwyck) heart. This is the first film in which I have seen him as a leading man, and I think he played his role very well. There was some very funny comedy onstage in routines with Biff and his dopey partner, Mandy (Pinky Lee), and offstage with the silly burlesque dancers. The plot is very interesting. I found the mystery intriguing. I think that it is a unique and enjoyable film.

Today The Leap Year Blogathon by being hosted Rebecca Deniston of Taking Up Room in honor of Leap Day, that rare February 29 which only appears every four years. William A. Wellman was born on February 29, 1896. If he were still living, he would be 124. However, if you only count his birthdays which actually occurred on February 29, he would only be thirty-one! He was an Oscar-winning screenwriter-director who directed many iconic films. Lady of Burlesque was one of the films which he directed, and you can see his realistic, mysterious touch. This is a great day to celebrate the talent of this Leap Day baby, a fine director of diverse fame.