Today is Saturday, so it’s time for another 100 New Code Films article. Every week, I try to watch and review two new American Breen Era (1934-1954) films as part of this series. Its purpose is to expand my knowledge and understanding of Breen Era Hollywood. By discovering movies which I have never watched before, I learn more about actors, directors, and other artists who shaped the era. I also have a wonderful opportunity to enjoy more entertaining masterpieces from the Golden Era of Hollywood. 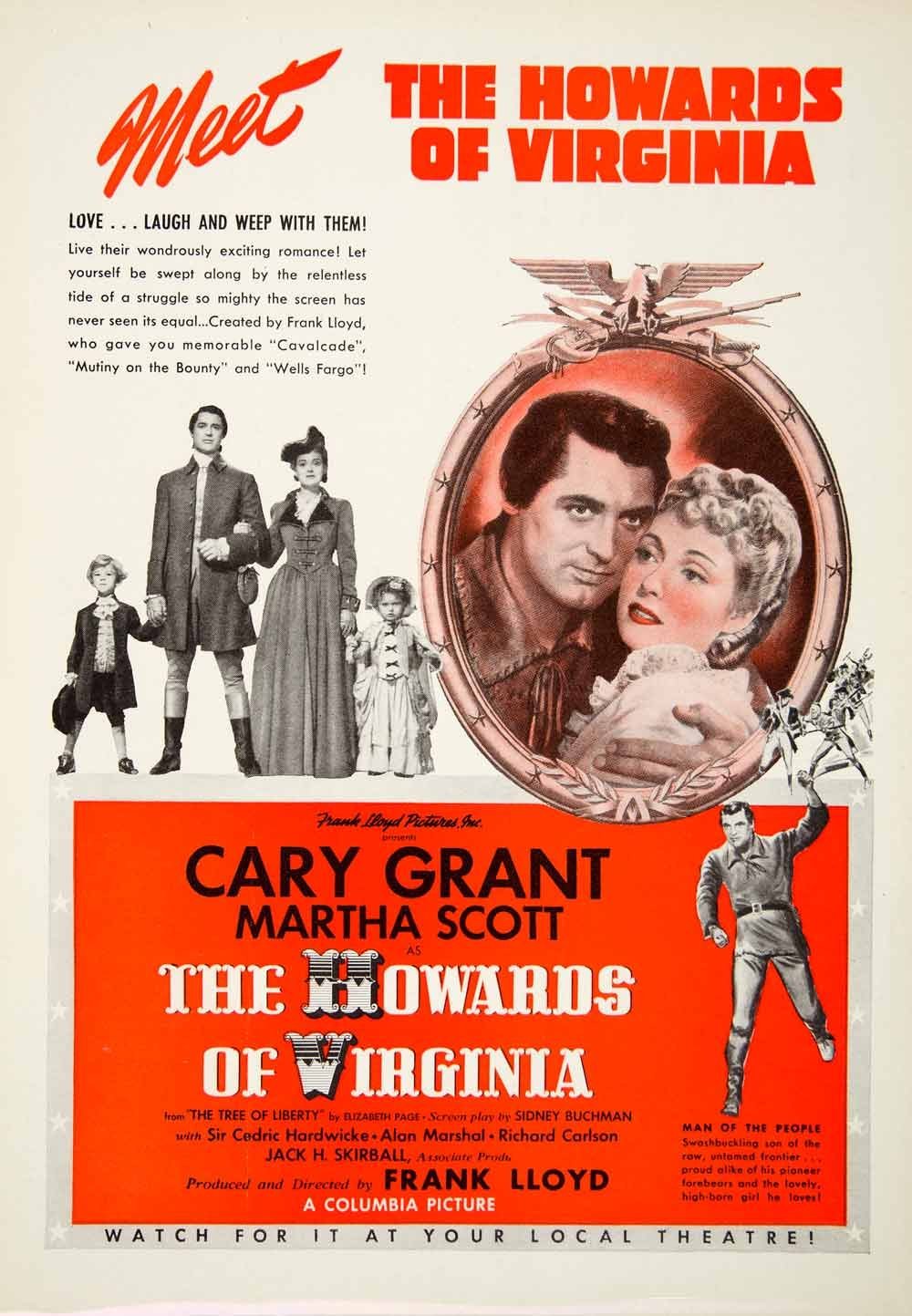 Today’s topic is The Howards of Virginia from 1940. I wanted to watch one of my new Code films for this week on Monday, so I looked in our film collection. I set this film aside a few months ago as a new movie. The cast and plot sounded intriguing, so I was eager to watch it. I decided that Monday was the perfect opportunity, since it was Presidents Day. I watched the VHS on that evening and decided to review it today in honor of George Washington’s Birthday. This film is set in colonial America, so it is very appropriate for the birthday of our nation’s first president. It tells the story of a family whose personal trials are set against the backdrop of the young nation’s struggles for justice and freedom. 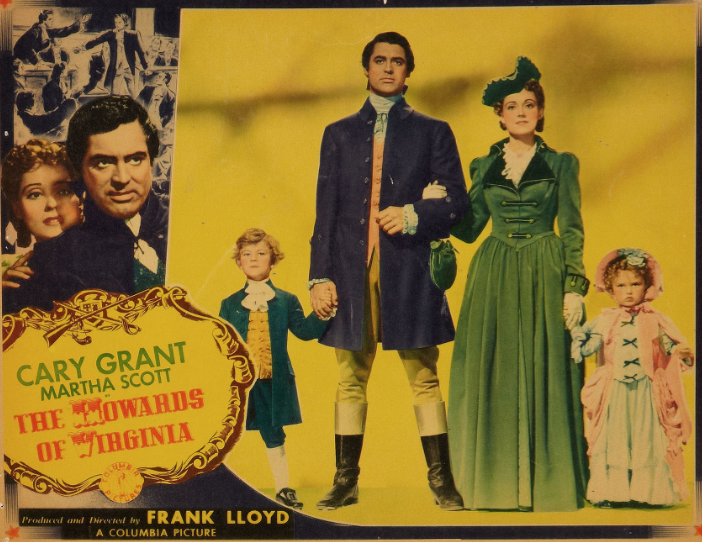 A humbly born Virginian is determined to go to Ohio to become a surveyor in the wild land where his father fought and died. However, his old friend and schoolmate of higher rank convinces him to stay in Williamsburg, where he can introduce him to wealthy friends who will give him a start as a local surveyor before he journeys west. He is hired by a snobby gentleman of distinction to survey his property, but he is unaware of his ignoble birth. At the house, the young man meets his employer’s beautiful sister, who feels an immediate connection with him. Can their love transcend the social boundaries between them? 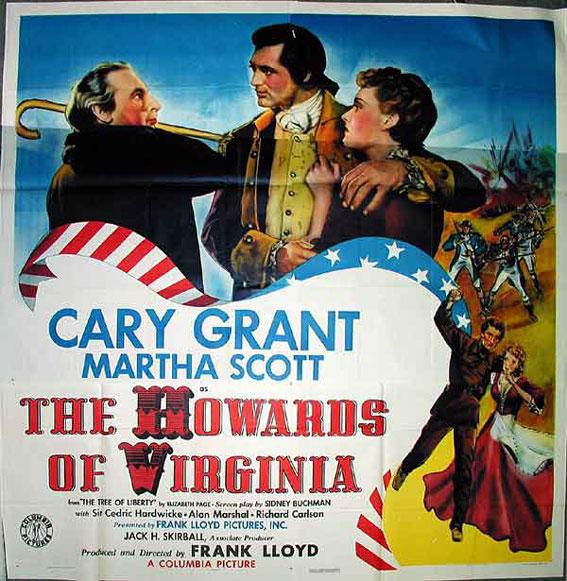 This film was directed and produced by Frank Lloyd with associate producer Jack H. Skirball. The production company was Columbia Pictures. The screenplay was written by Sidney Buchman, based on a novel by Elizabeth Page. This movie was nominated for two Academy Awards, Best Sound Recording for Jack Whitney and Best Original Score for Richard Hageman.

This is a perfect Code film. It manages to avoid any Code violations while telling a dramatic and moving story of a revolution. It is free from improper language, indecent costumes, suggestive situations, or excessive violence. One of the finest points of delicacy is the handling of the battle scenes, which are free from graphic images or distasteful violence. The action and peril of war is shown without visuals which offend the eyes. In addition, this film has a special quality which makes it worthy of the perfect classification. It is patriotic and inspiring to Americans. We learn about the history of our country and how we won our freedom, but it is hard for dry history books to bring the epic struggle for liberty to life. This film uses beautiful imagery and gripping details to remind us what it means to be American. Today is an especially good day to remember the bravery which won us our freedom. There is no better way to do so than to watch an inspiringly patriotic movie like this one.

I highly recommend this film to my readers. I thought it was extremely enjoyable. Many people panned Cary Grant’s performance in this role, but I disagree. I thought that he was very convincing in the role of the stubborn young colonial who believes in freedom and equality and is happy to fight for the woman he loves and the justice in which he believes. This is the first film in which I have ever seen Martha Scott. I thought that she was very emotional and dynamic in this role. She brought to life the character of a woman who enjoys her privileged background but is willing to leave her family and forego comfort to be with the man she loves, even though it means a lot of hard work, building a plantation in the wilderness. The rest of the cast is also very dramatic and effective. I especially admired Richard Carlson’s performance as Thomas Jefferson. In the early part of the film, he is a fairly unassuming young man. However, as the story progresses, he begins to subtly show the signs of the beliefs which would make the future President Jefferson the powerful leader he was. I appreciated the historic details. I felt that it was very historically accurate and extremely rich in period details. From the costumes to the décor, the subtle details bring pre-Revolutionary America to life. There is even a “cameo” depiction of General George Washington. I think that this is a movie which can be enjoyed by anyone who appreciates thoughtful storytelling and gripping historic pieces. This film paints a dramatic, touching story of a family against the vibrant background of the American fight for freedom!