It is now Saturday of the sixth week of 2020 as well as our series about discovering new American Breen Era (1934-1954) movies, 100 New Code Films. I love watching movies which I have never seen before, as I’m sure everyone does. However, I don’t want modern films, so I never see new releases. Thus, I must look into the archives of classic films to find movies which I have never seen before but will likely enjoy watching. After all, those are the best films! This series gives me an excuse to watch two new Code classics every week this year! 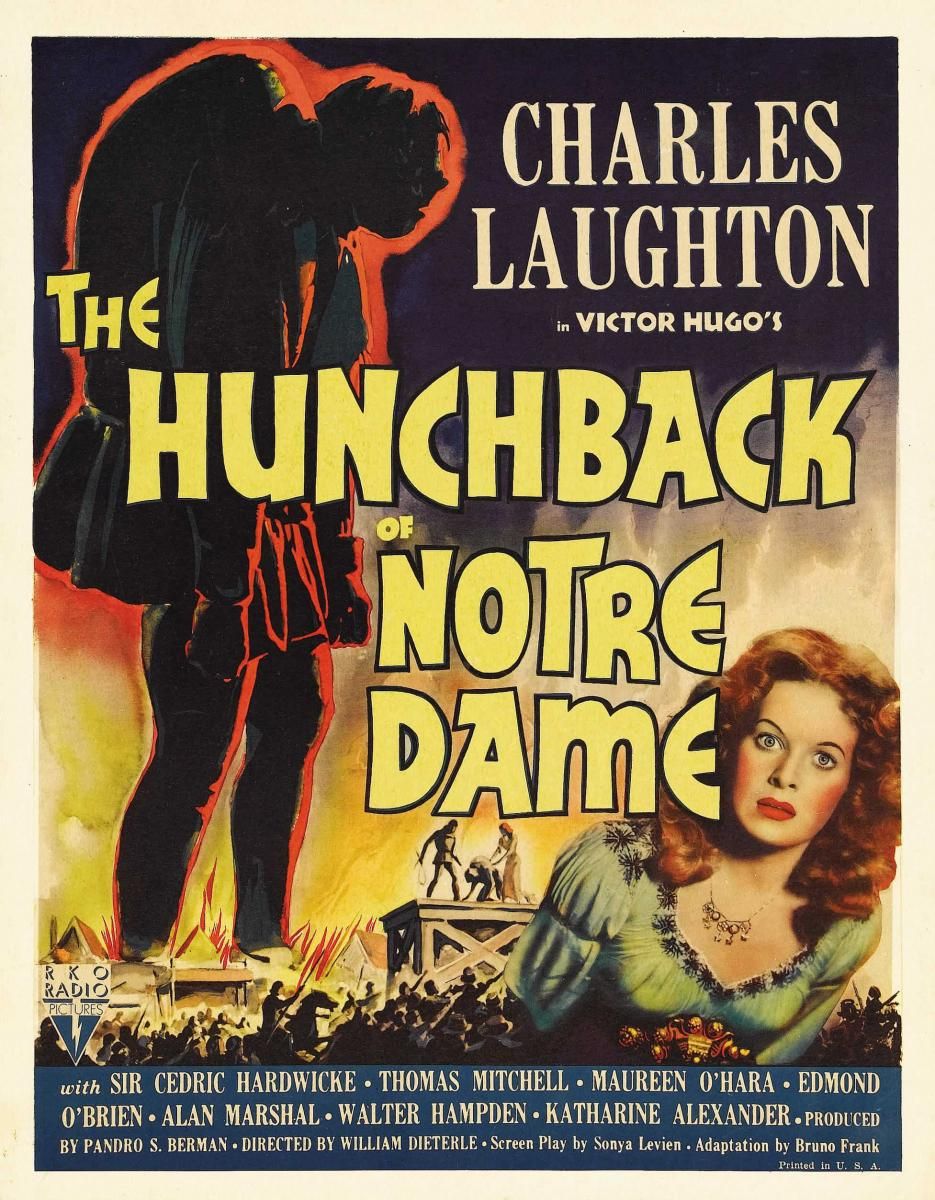 Today’s topic is The Hunchback of Notre Dame from 1939. I have heard about this film for quite a while, since it is an acclaimed version of a very iconic story. I have been especially curious about it since I first saw clips from the 1996 Disney cartoon version of this same story. For months before I ever saw it, my sister would play videos of its songs, so I had some concept of the film. Last April, the world was shocked by the devastating news of a fire which severely damaged Notre Dame Cathedral. In honor of this great monument, whose beauty can withstand fire, battering rams, lava, and any other dramatic device employed by filmmakers, Rebekah breened the Disney cartoon. I watched it, too, and we were then both curious to see the Code version of this story. Later in the year, we bought a collection of four Maureen O’Hara films, but we still never got around to watching it. This week, Rebekah suggested that we watch it as one of my new Code films. We watched it on Wednesday evening. During the reign of King Louis XI, a gypsy girl sneaks into Paris, despite the minister of justice’s ban forbidding foreigners to enter the city. When she dances at the Feast of Fools, she catches the eye of a handsome soldier and a free-thinking street poet, but her dance is interrupted by the appearance of the deaf, deformed bell-ringer of Notre Dame, who is crowned the King of Fools. When the harsh minister of justice, who is the hunchback’s protector, orders him to catch the gypsy, the bell-ringer is arrested and sentenced to public whipping. Meanwhile, the gypsy girl joins the Paris beggar association, where she saves the poet from death by marrying him. When the hunchback is being publicly humiliated, she shows him the first kindness he has ever known by giving him some water, which makes him fall in love with her. Little do they know that the minister also has romantic feelings for her. 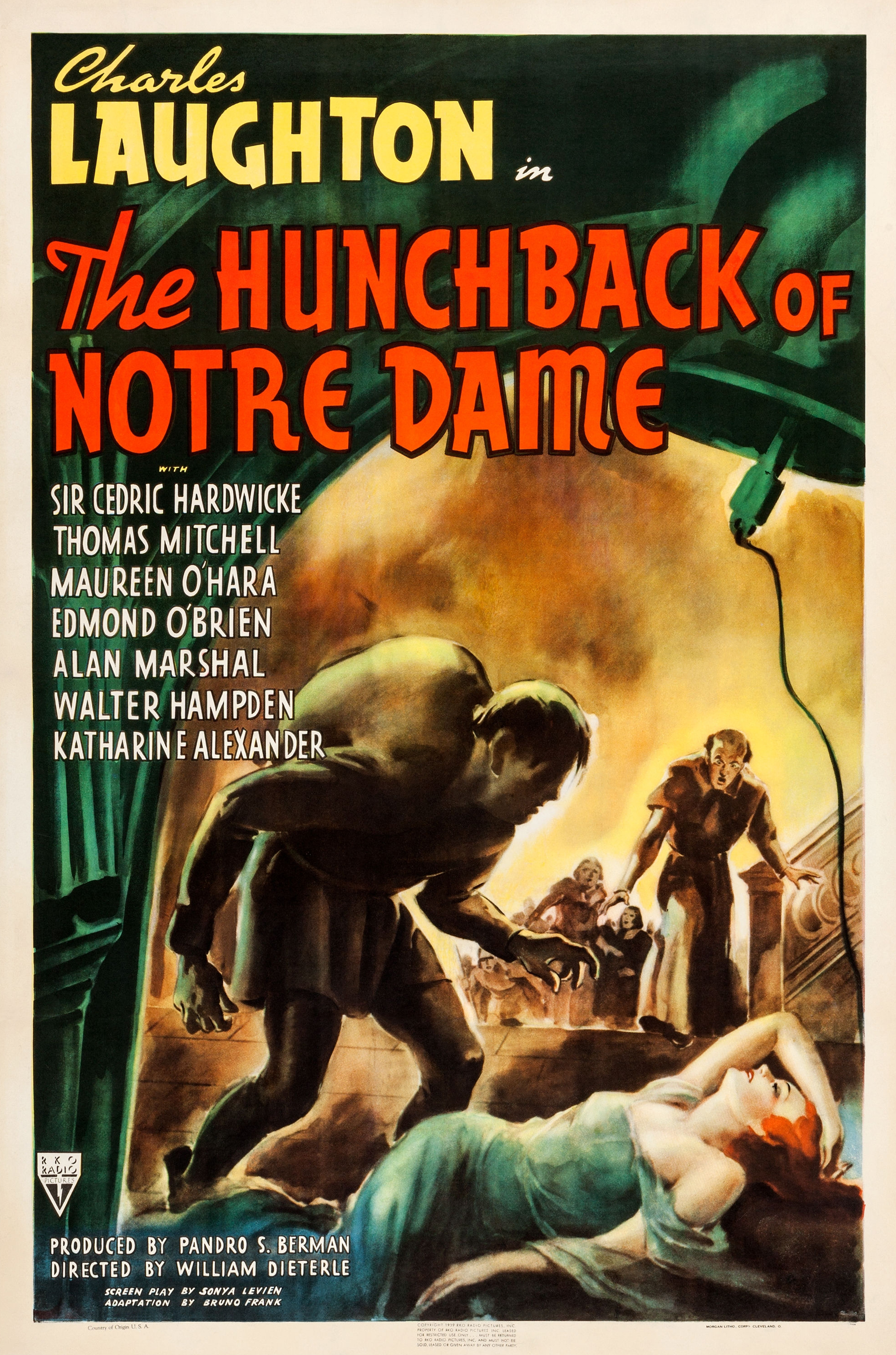 This movie was directed by William Dieterle. It was produced by Pandro S. Berman. The production company was RKO Radio Pictures. The screenplay was written by Sonya Levien, and the adaption was by Bruno Frank. It came from the iconic 1831 novel by Victor Hugo, The Hunchback of Notre-Dame, or Notre-Dame de Paris, which was its original French title. This film was nominated for two Academy Awards, Best Sound Recording for Joan Aalberg and Best Scoring for Alfred Newman. 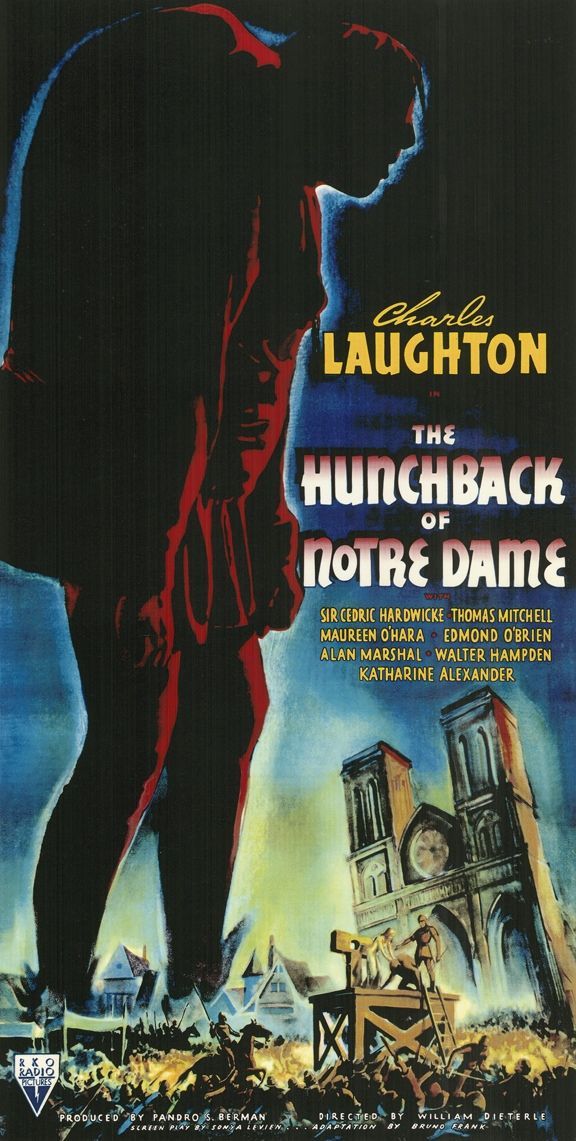 This is a perfect Code film. It took a classic story with some difficult elements and made it into a beautifully executed film. Every problem of the Disney film was handled perfectly in this movie. Firstly, there is the element of Frollo’s relation to religion. In the original novel, the evil Frollo was a priest, but this was changed in the 1923 Lon Chaney film, probably to avoid censorship. The evil Frollo is the minister of justice, whose kind older brother is a priest instead. This change was kept in the 1939 version, since the Code forbade the depiction of clergymen as evil. While the Disney Frollo still seemed excessively religious and thus blasphemous, even though he wasn’t a priest, this Frollo was far from religious. There was nothing blasphemous about his behavior. Also, his behavior toward Esmeralda was far more acceptable. Instead of being repulsively lustful toward and about her, his feelings were understood without being unduly pointed. One of the most important differences is the character of Esmeralda herself. Rather than being a flirtatious gypsy who seems to arouse men with her suggestive dancing, she is a sweet, wholesome girl who sacrifices herself to save Gringoire and pities Quasimodo despite his ugliness. Her costumes are decent, and her dancing is restrained folk-style. One of the things I appreciated the most about this film was the proper religious element which it included. Rather than the overly-emotional “God Help the Outcasts,” Esmeralda has a very sincere religious moment in the church. The emphasis is placed on the higher beings rather than on the building itself. There were a few moments which were a little violent, although nothing was really shown. I felt that the overall good of this film, particularly its powerful message against discrimination against deformities, compensated for that.

I highly recommend The Hunchback of Notre Dame. It is an exquisite film. It is so well-executed. Although some aspects differ from the novel, I think the intention was captured beautifully. This film brings Paris during the twilight of the Middle Ages to life with vivid and very convincing details. The costumes are very realistic in their historic detail. The sets are absolutely amazing. It’s hard to believe that Notre Dame is a replica made in Hollywood and not the real Paris cathedral. I saw many familiar actors in this film who looked very different because of their costumes, wigs, and other attire. Of course, the most impressive transformation is that of Charles Laughton as Quasimodo. Complete with a grotesquely hunched back, an uneven face, and a misshapen eye, he truly looked like a man who was deformed from birth. What was even more impressive, however, was his acting. He made this character come to life in a moving and effective way which I have never seen in any other adaption of a French “Phantom” story, which includes adaption of this novel as well as versions of Beauty and the Beast and The Phantom of the Opera. His mannerisms and acting gave this character a real identity and a very tangible quality. His hobbling, slurred speech, and lack of response to questions convince you that he truly is crippled and mostly deaf. I thought the other actors were excellent, as well. Maureen O’Hara was lovely and fiery as Esmeralda, the compassionate gypsy. Her acting was excellent. I enjoyed the performance given by young Edmond O’Brien in his screen debut, having only seen him in one film before this. Sir Cedric Hardwick made a detestable Frollo, and Thomas Mitchell was wily and powerful as the King of Beggars. The rest of the cast was excellent, as well, making a well-rounded film which totally immersed the viewer in the era and the story. One other great touch which I noticed was the background music. The score was hauntingly beautiful, reminding me of classical pieces by tragic Russian composers like Rimsky-Korsakov and Prokofiev. It was truly beautiful and added so much to the already-moving film. If you are not a fan of period pieces which depict the harsher side of life, such as whipping, you may find this film harsh, as my mother did. However, I think it is a very well-made film which anyone who like any version of this story should see. It is not a film which I would watch frequently, but it is an emotional experience which remains in your heart for days after watching it.