Today is Sunday, so it is now time for my second 100 New Code Films article of the week. This is the second week of 2020, and this will be the third article in the series. I am planning on watching and reviewing two new American Breen Era (1934-1954) films each week this year except the first and the last. It is part of my goal to watch as many Code films as possible.

Today’s topic is Shadow of the Thin Man from 1941. This is the fourth film in MGM’s famous Thin Man series, which began with the pre-Code The Thin Man in 1934. This film is the final movie on the DVD set of the first four films which we purchased at Barnes and Noble several months ago. I watched this film this afternoon. 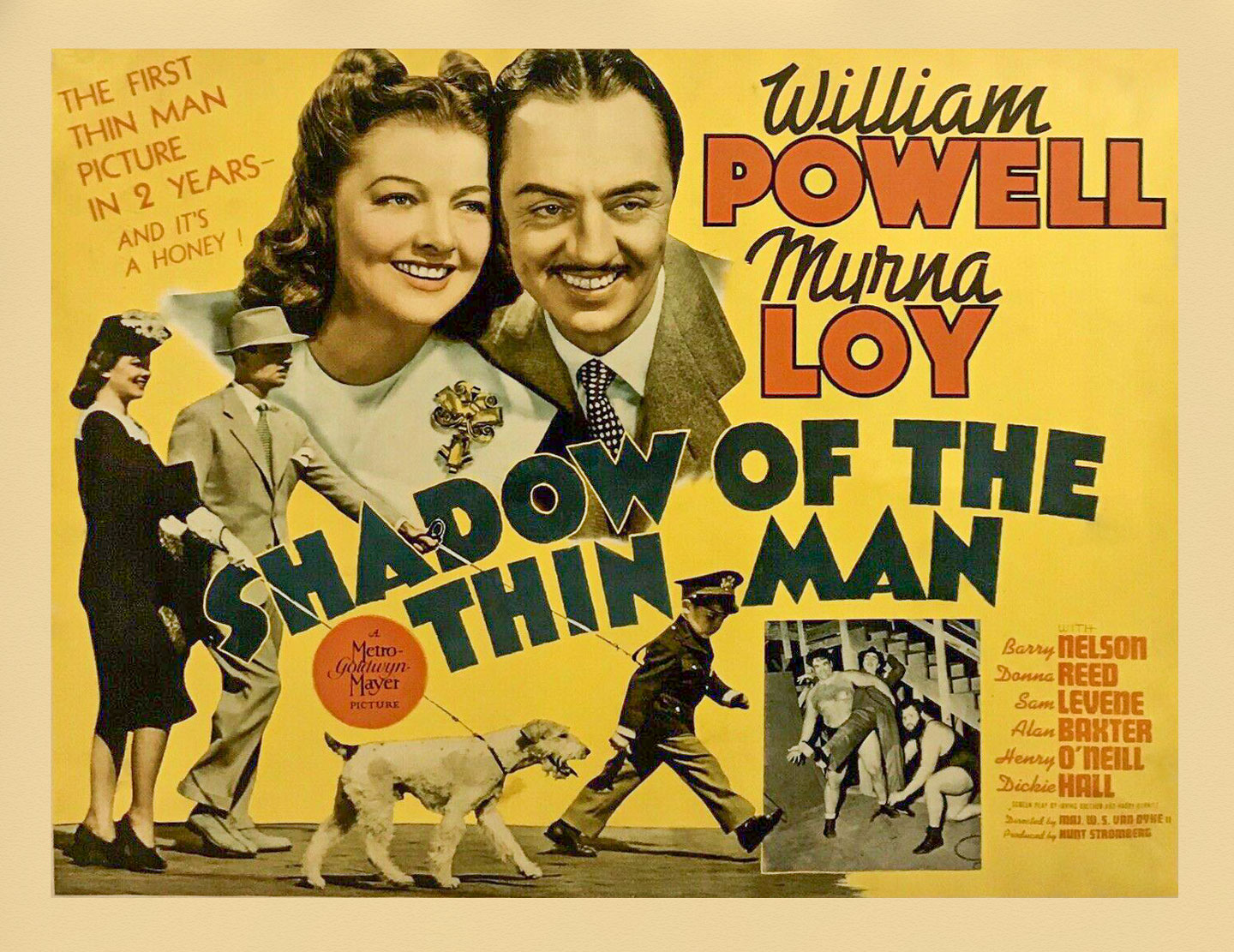 The retired detective and his wife of Thin Man fame now have a young son. They visit San Francisco again and plan to spend a pleasant day at the race track during the stay. Things turn sinister, however, when a jockey has been murdered. The couple inevitably get mixed up in the complicated case of murder, racketeering, blackmail, and diverse suspects. 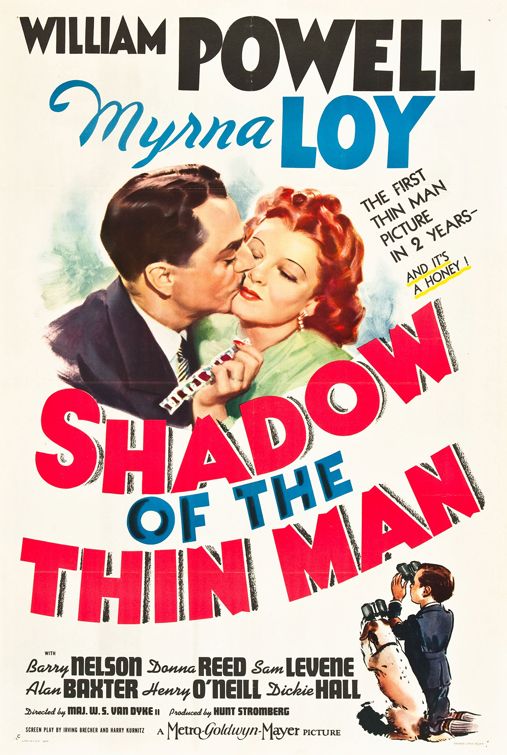 This movie was directed by Maj. W. S. Van Dyke II. It was produced by Hunt Stromberg. The production company was MGM. The screenplay was written by Irving Brecher and Harry Kurnitz from a story by Mr. Kurnitz. The characters are based on the Nick and Nora Charles characters which were created by Dashiell Hammett. 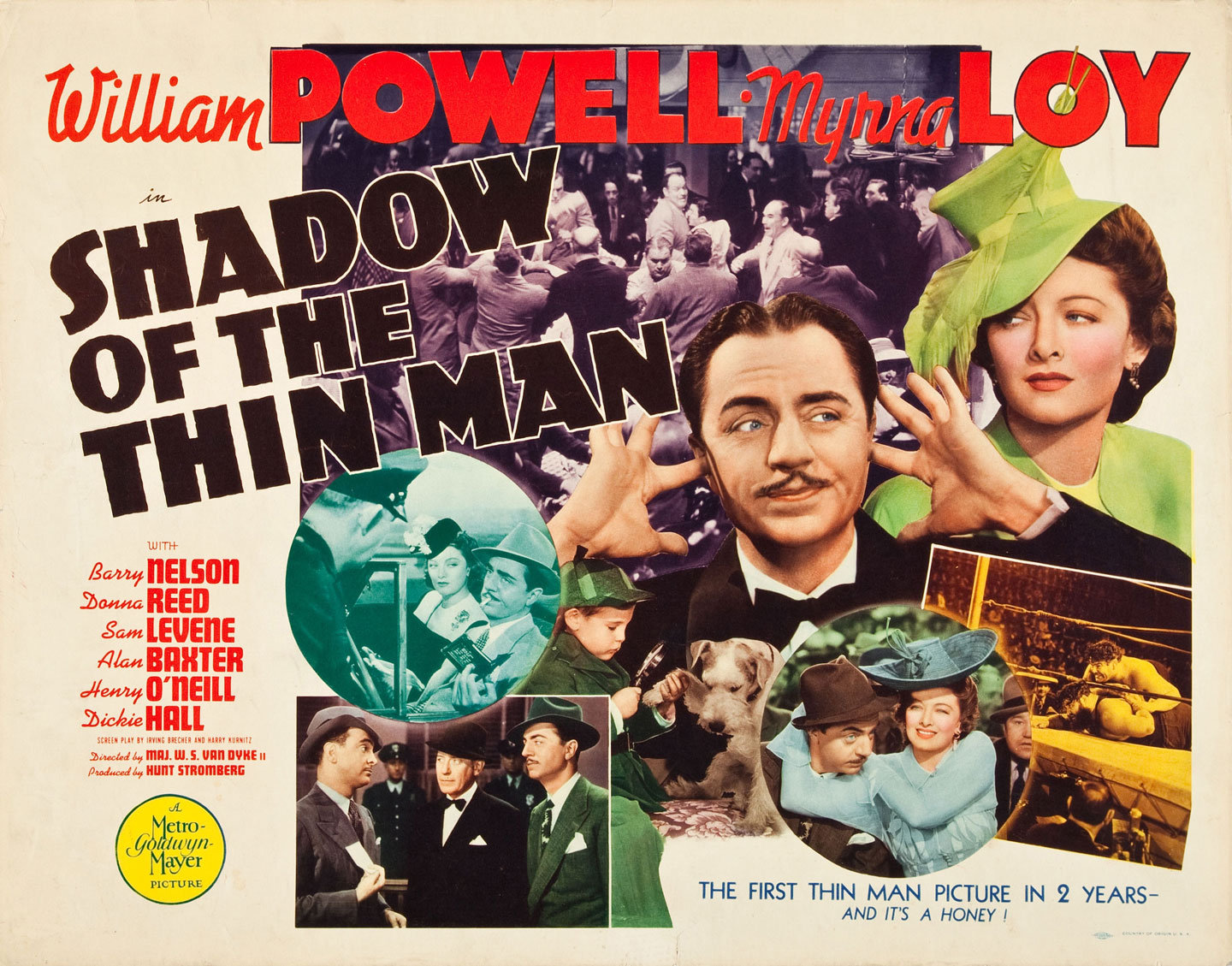 This is a good Code film. It is very delicate about the depiction of the murders. I appreciate how this series transformed from a pre-Code one to a very Code-compliant and wholesome one in the Breen Era. As in the three previous films, Nick’s frequent drinking is still quite prevalent. Fortunately, as I have mentioned before, in the Code films, Nora drinks very sparingly, whereas she also drank heavily in the first film. However, there is less focus on alcohol because of their son. The handling of the racketeers, fights, a wresting match, and a high-class moll of questionable background are also handled with great discretion. This is a movie which is appropriate for everyone. 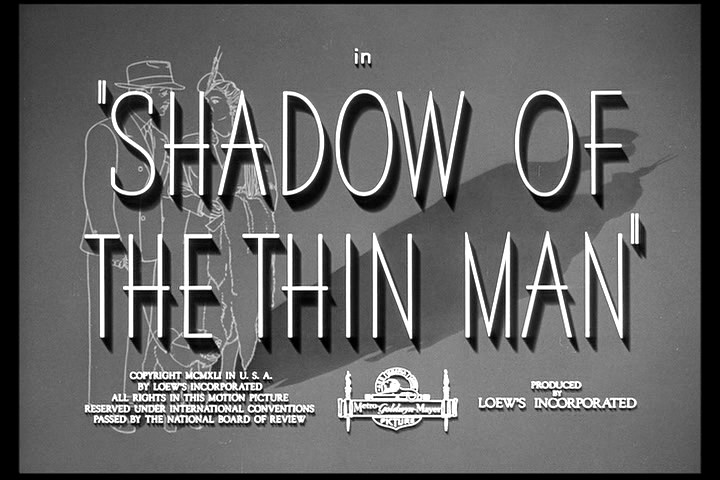 I highly recommend this film to my viewers. The acting is marvelous. As always, the chemistry and interaction between William Powell and Myrna Loy, who were paired for the eleventh time in this film, is excellent. The little boy who played their son was absolutely adorable. He added to the existing cuteness of the family dog, Asta. I found the familial interaction very charming. The rest of the cast was excellent, as well. I enjoyed the performances of Barry Nelson and Donna Reed as the young couple who help in the investigation against the racketeering mob. As in all the other movies, there is some great humor in this film. From a running gag about ordering sea bass to Nora’s hat that everyone calls “screwy,” it is delightfully amusing in a charmingly unpredictable way. Then, in a moment, someone has been found killed! The way the script switches back and forth between comedy and suspense keeps it from getting either too tense or too goofy. It is just the right mixture. I can’t wait to watch the last two films in the series!