We are now in the second week of 2020, so it is time for the second article in my new Code film series for this year, 100 New Code Films. This is my first of the two articles which I will publish this week. So that I can watch one hundred new Code films in all this year, I am going to try to watch and review two films each week. Thus, I will make my knowledge of the Breen Era one hundred films broader!

Today’s topic is The Razor’s Edge from 1946. This is a film which we have had in our collection for a long time. It is on a VHS, and I’m not sure whether my family bought it or it was given to us. Anyway, the synopsis sounded very interesting to me when I read the description on the case. The cast was what really intrigued me, since I have never seen a Code film with Tyrone Power before, his only film which I have seen being The Eddy Duchin Story from 1955. I watched this film on Thursday night.

After World War I, a young American is unhappy with the prospect of just taking a job and working like his friends. The confused young man asks his fiancée in Chicago to wait for him while he searches for the true meaning of life in Paris. However, her socialite uncle thinks that she should marry the wealthy young businessman who is in love with her instead of waiting for her impetuous young dreamer. A year later in Europe, the young woman realizes that she must choose between a life of luxury and the man she loves. 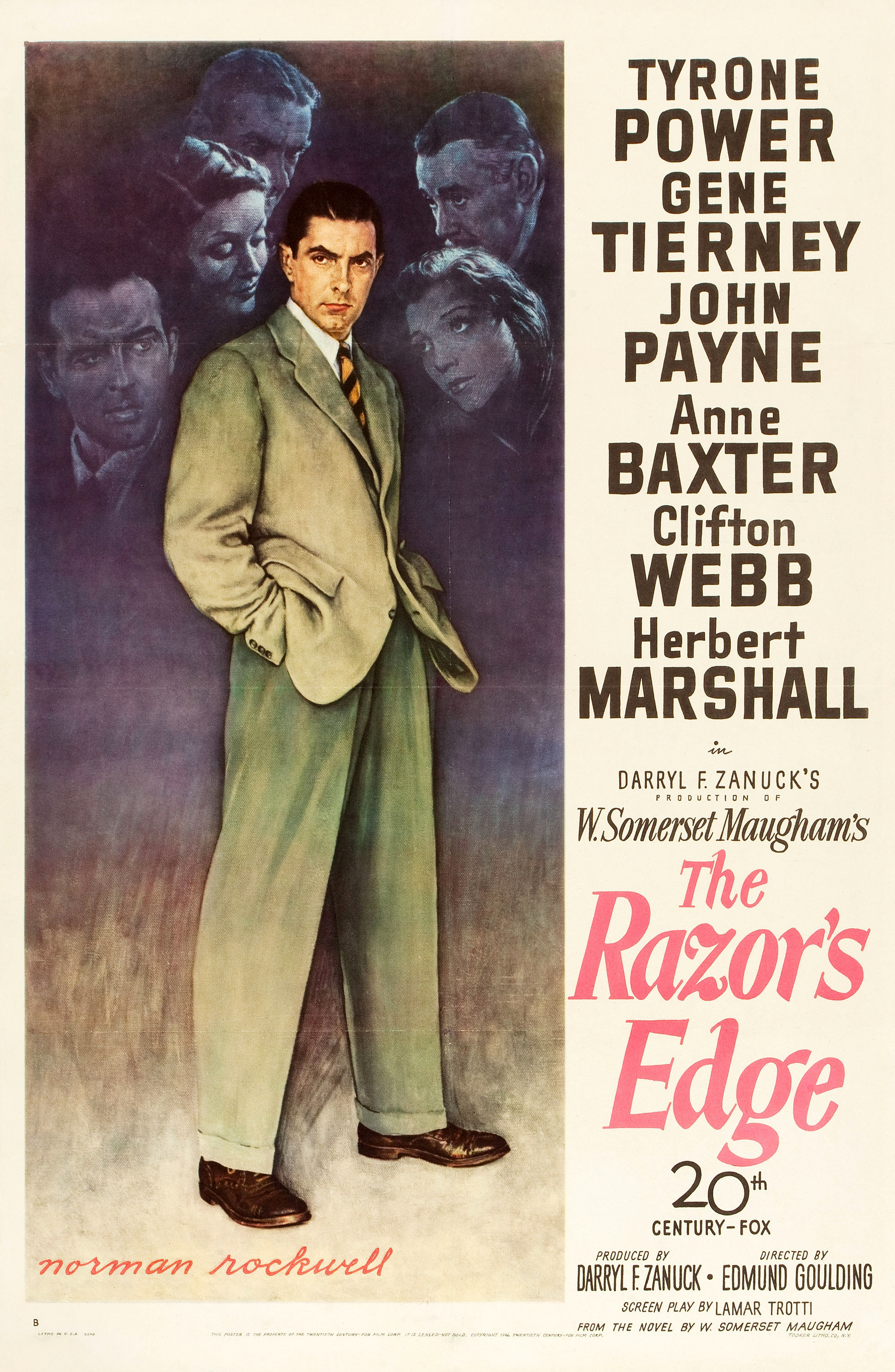 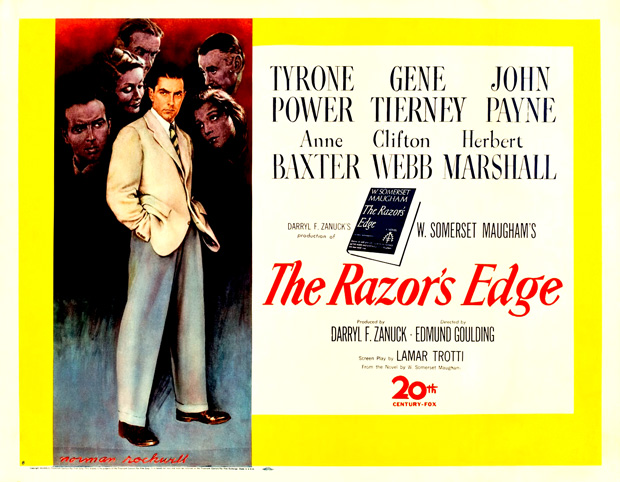 This film was directed by Edmund Goulding. It was produced by Darryl F. Zanuck. The production company was 20th Century Fox. The screenplay was written by Lamar Trotti. It was based on the novel of the same name by W. Somerset Maugham. This movie was nominated for three Academy Awards, Best Picture, Best Supporting Actor for Clifton Webb, and Best Black-and-White Interior Decoration for Richard Day, Nathan Juran, Thomas Little, and Paul S. Fox. Anne Baxter won a Best Supporting Actress Academy Award for her performance.

This is a poor Code film. I am sorry to say it, but there are multiple elements in this film which I consider to be Code violations. The biggest one occurs on the final night in Paris. Larry (Tyrone Power) and Isabel (Gene Tierney) have decided to break off their engagement because he is unwilling to go to work and she is unwilling to live on the money he has. However, they still love each other. They decide to spend one last evening together. After kissing passionately in her darkened hotel room at the end of the evening, Isabel implores Larry to leave. Then, she realizes her uncle Elliott (Clifton Webb) has been listening from the next room. He implies that she had planned to seduce Larry so that, after having an illicit affair, he would be compelled to marry her. No affair occurs, but Elliott’s suggestion of what she had planned is none too subtle. Also, there is the usage of the British forbidden expression bloody and the implied use of a forbidden expression for a woman. Also, there is a fight in a French dive which is a little excessive in its brutality.

I recommend this film with reservations. My sister did not enjoy it. My entire family agreed that it was a strange film in many ways. However, we unanimously concurred that all the acting is excellent in this film. Every actor did an exquisite job of creating his character. I really enjoyed Tyrone Power’s performance as the confused young veteran who struggles to find truth and peace after the war. The shell-shocked soldier from World War I was a character to whom many World War II veterans could relate in 1946. Gene Tierney did an excellent job of changing her character throughout the film, revealing her role’s true nature. I was very impressed by the way that Clifton Webb, whom I like in many roles, created a very unlikeable character. Anne Baxter thoroughly deserved her Academy Award. She did such a good job as the happy young woman whose life falls apart because of one tragic incident. Other than the Code violations, the main thing that I didn’t like about this film was the sporadic narrative. I thought that some scenes jumped much too abruptly to later scenes with no real connection. The flow was surprisingly choppy for a film of this time. However, I think that this is a movie which all classic film fans can enjoy. It was one of the highest-earning box office films that Fox had made up to that point, and it was very critically acclaimed. It also was one of Tyrone Power’s first opportunities to show his dramatic acting abilities. It isn’t one of my favorite films, but I found it enjoyable. I thought it was a little too long, but it is a worthwhile film. It is a valuable film to see because of its significance in the history of the Breen Era.