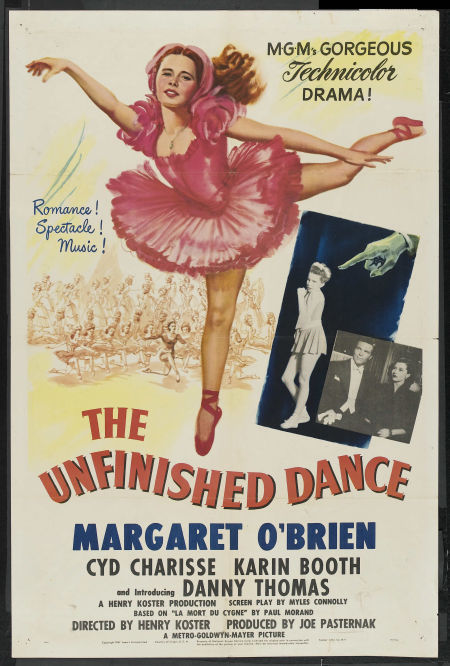 Today’s topic is The Unfinished Dance from 1947. This film looked intriguing when I first heard about it several months ago. I love almost every film I have ever seen that was produced by Joe Pasternak, particularly his MGM films. My sister is a ballerina, so I have a great love for the ballet. We bought this film on Prime Video and watched it on Saturday. A young ballerina adores the prima ballerina at the company which is affiliated with her school. When a famous ballerina comes from Europe to star in a few ballet, the little girl will stop at nothing to keep the rival ballerina from outshining her own idol. Since her aunt is always on tour as a popular dancer, her beau, a clock seller, is her only parent. The kind girl learns the consequences of rash actions when her sabotage is more successful than she planned. 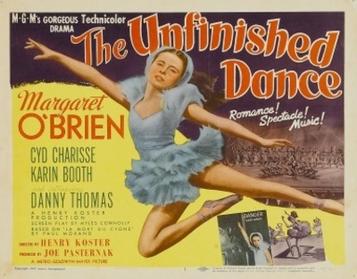 This film was directed by Henry Koster. It was produced by Joe Pasternak. The production company was MGM. The story, La Morte du Cygne, was written by Paul Morand. Writing credit is also given to Myles Connolly. At the Locarno International Film Festival, this movie was nominated for Best Director for Henry Koster and won Best Color Cinematography for Robert Surtees. This is a good Code film. It is completely decent and wholesome in every way. There are no Code violations at all. All the costumes are decent, which is an excellent accomplishment for any film about dancing. There are no objectionable qualities in this film at all.

I highly recommend this film to my readers. It features some beautiful dancing from Cyd Charisse, Karin Booth, and even young Margaret O’Brien, which ballet lovers will appreciate. This film features beautiful classical music, including excerpts from Swan Lake, Coppelia, Faust Ballet Music, and more. The costumes are gorgeous. The cinematography is excellent. The acting is very emotional and very convincing. There is a lot of drama and tragedy in this film, yet it isn’t dark. It has an uplifting conclusion. This is a movie which can be enjoyed by people of all ages. It is a beautiful Technicolor musical!