Today is Sunday, so it’s time for another 52 Code Films article. Every week, I select a movie from the American Breen Era (1934-1954) which I have never seen before. Then, I watch and review that film at the end of the week. I created this series to expand my knowledge of classic films. No matter how famous or obscure it is, every time I watch a new Code film, I am gaining a deeper understanding of Hollywood’s Golden Era. After this, there is only one more week this year! 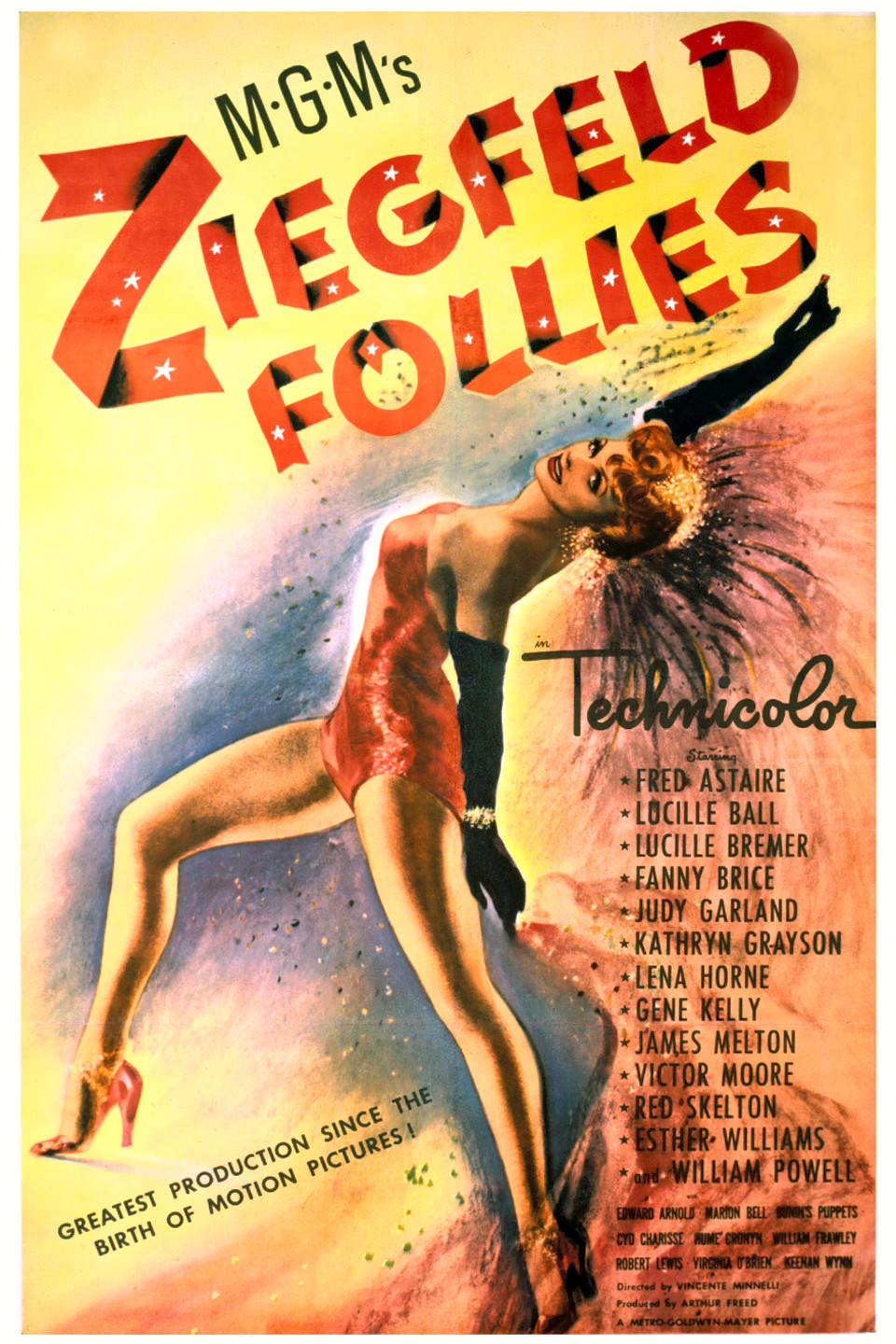 Today’s topic is Ziegfeld Follies from 1945. When selecting a film to watch this week, I looked through our DVD collection to find a new movie to watch. I narrowed it down to this film and the fourth movie in the Thin Man series. I eventually decided to watch this movie, since I was fascinated by its large and impressive cast of MGM stars. I watched this movie on Thursday evening.

This movie really has no plot. It begins with Flo Ziegfeld, now deceased and in heaven. He briefly remembers his illustrious career of putting on wonderful shows with the best entertainers and the most beautiful girls. Then, he says that he wishes he could put on just one more Follies, featuring the new great talent. We then see his wish come true, since the rest of the movie is a series of vignettes featuring some of MGM’s greatest stars. In musical numbers, scenes, and comedic skits, we get a chance to see a wealth of talent in many unique ways.

This movie was directed by Lemuel Ayers, Roy Del Ruth, Robert Lewis, Vincente Minnelli, and George Sidney. It was produced by Arthur Freed. The production company was MGM. The credited writers are David Freedman, Hugh Martin, and Ralph Blane. The uncredited writers listed at IMDb are too numerous to mention here. The new songs in this movie were written by Roger Edens, Harry Warren, Hugh Martin, Philip Braham, and George Gershwin with lyrics by Arthur Freed, Earl K. Brent, Ralph Blane, Douglas Furber, Kay Thompson, and Ira Gershwin. This film won the Best Musical Comedy award for Vincente Minnelli at the Cannes Film Festival. It was nominated for the Mussolini Cup for Best Foreign Film at the Venice Film Festival for all the directors.

Contrary to what the posters lead you to believe, this is a good Code film. Unlike the real Ziegfeld Follies, this film features chorus girls who wear costumes at all times. In many ways, this film is the sequel to The Great Ziegfeld from 1936, since it features William Powell in a reprise of his role as the great showman. In that Academy Award-winning film, there were many costumes which I considered too risque for a Code film. Of course, they were very covering compared with many costumes which were worn in the real Ziegfeld Follies. The only costumes in this movie which I found to be questionable at all were the cat costumes which the chorus girls wore in the opening number. They were a little low in the back, but nothing was actually showing. There just was a bit of an excess of skin. I didn’t find it too revealing for a good Code film, though. None of the choreography was unacceptable, and all the lyrics were decent. Since there was no plot, there was no potential for core problems in the story. The only potential for Code violation was the costumes, and I found them to be acceptable. 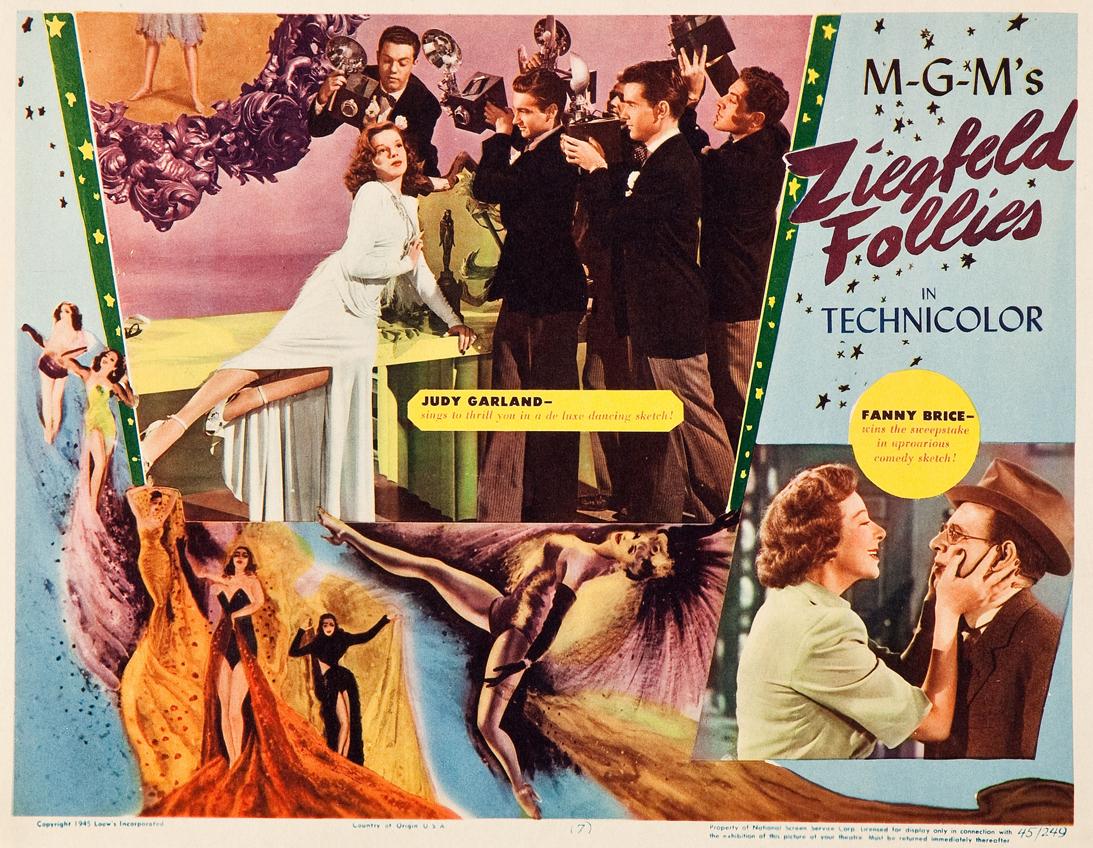 After the first vignette or so, I wasn’t sure that I liked this movie. I hadn’t been aware that it was entirely devoid of a plot. At first, I found the series of vignettes to be a little tedious. However, once I got into it, I found it very enjoyable. All the musical numbers were very beautiful and filled with great talent. A couple of the comedic skits were a little prolonged, such as Keenan Wynn’s “Number, Please” telephone gag and “Pay the Two Dollars,” which featured Victor Moore and Edward Arnold. However, most of the scenes were very amusing and very well-written. The costumes were beautiful. Fred Astaire was great in all three of his numbers. I enjoyed seeing him dance with Gene Kelly. I thought that Cyd Charisse’s ballet and the scene from La Traviata added some lovely culture to the talent show. Complete with Technicolor filmography and elaborate special effects, this movie truly shows what MGM had to offer in 1945.

I recommend this film to my readers. If you can enjoy a musical simply for the sake of its music, dancing, and singing, you will enjoy this movie. If you like a series of vignettes in the style of a talent show, you will appreciate this film. I don’t recommend this film to those who only like movies with strong plots. Otherwise, it is a wonderful showcase of some of the greatest talent in Hollywood in the mid-1940s.