Today is Sunday, so it’s time for another 52 Code Films article. As the holiday season is in full swing, Rebekah and I are busy performing in a local production of The Nutcracker. Since both this weekend and next are occupied by the ten performances, we are busy all the time in the rush before Christmas. Thus, I am suspending all other articles for awhile as I just continue to publish my reviews of new films. There are only three more weeks, counting this one, to discover new movies from the Breen Era of Hollywood in 2019!

Today’s topic is Up in Arms from 1944. I decided to watch a new Code film on Tuesday evening. I searched our film collection to find a film to watch. I have gravitated toward Up in Arms before but had never decided to watch it before now. I saw one seen of it over a year ago when my mother was watching it. I like Danny Kaye, so I was curious to see his film debut. I decided to give this movie a try this week. A perfectly healthy young hypochondriac works as an elevator operator in a hospital just so that he can be near doctors and nurses. He is sure that he has every ailment known to man, and he is quite capable of convincing other people that they are sick, too. He is very infatuated with a pretty nurse who works in the hospital, but he doesn’t realize that the kind young woman doesn’t love him. He is also ignorant of the fact that another nurse is in love with him. He arranges a double date one evening, bringing along his best friend for the second nurse. Little does he know that, during the course of the evening, the girl he loves and his best friend start falling in love. Soon after, the young man receives his draft notice. Unable to convince the draft board that there is anything wrong with his health, the hypochondriac begins training in the army with his friend, who is also drafted. The other enlisted men make life difficult for the nervous soldier, and vice versa. Things are pretty lonely until the two soldiers learn that their nurse sweethearts have enlisted as army nurses and are stationed nearby. Although they are not supposed to fraternize with the lower-ranking men, they go out on the town to have some fun in San Francisco. At a carnival, they make a record of each other speaking, which the soldiers can cherish overseas. However, when the day comes for the men to ship out, the hypochondriac finds that he will have more than just the record to remind him of his friends at the hospital. The nurse who likes him is scheduled to go on the boat with them. He is very disappointed that his beloved won’t be coming, too. He wants to smuggle her aboard, as well. When a sergeant is coming, she hides in a jeep. Much to her dismay, that jeep is then lifted onto the boat! Now the friends have a stowaway on their hands. Can they get the young lady to the nurses’ deck without anyone noticing? Will the hypochondriac realize who the real girl for him is? 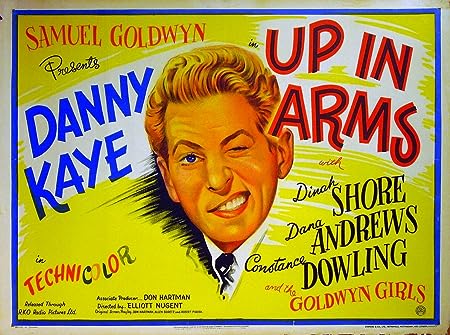 This movie was directed by Elliott Nugent. It was produced by Samuel Goldwyn with associate producer Don Hartman. The production company was The Samuel Goldwyn Company, but the film was distributed by RKO Radio Pictures. The screenplay was written by Don Hartman, Allen Boretz, and Robert Pirosh. The character of Danny Weems was based on the leading man in The Nervous Wreck, a 1923 play by Owen Davis. This play originally came from a 1921 magazine serial called The Wreck which was written by Edith J. Rath and Sam H. Harris and published as a novel in 1923. This film was nominated for two Academy Awards, Best Original Song for “Now I Know” by Harold Arlen and Ted Koehler and Best Scoring of a Musical Picture for Louis Forbes and Ray Heindorf.

This is a good Code film. It is wholesome, decent fun. Back then, Hollywood knew how to make movies which were genuinely hilarious without being indecent, suggestive, or crude. Danny Kaye was always such a great performer. His antics were so funny that his films didn’t need any untoward or unacceptable elements. Just let him put on a funny disguise, do an elaborate accent, and enact some physical stunt, and you had pure delight.

This is a very entertaining film. I really enjoyed it. I have enjoyed many of Danny Kaye’s films for years, so I was glad to see his screen debut. He was hilarious, as usual. It’s obvious that he had already developed his persona on the stage, since he is at the height of his comedic talent here. I thought that Dana Andrews was very good as Danny’s friend. I have only seen him in two other movies before, State Fair from 1945 and Laura from 1944. I liked him a lot in this movie. This was my first time seeing Dinah Shore. I have heard her sing on the radio, but now I finally have a face to put with the voice. She isn’t my favorite actress, but I thought she was good in this role. She is pretty, and she has a nice singing voice. I have never seen Constance Dowling in another movie,  but I liked her in this movie. I understand that Virginia Mayo was considered for this part, but she didn’t have enough screen experience. Thus, she is seen as just one of the nurses among the other Goldwyn Girls. She would get her chance to star alongside Danny Kaye later, since they made several films together. The rest of the cast is very good, as well. As in most Danny Kaye movies, there are some really funny songs which Danny Kaye makes more like comedic skits than real musical numbers. Also, Dinah Shore sings a couple of cute songs. This is a great war-time musical. 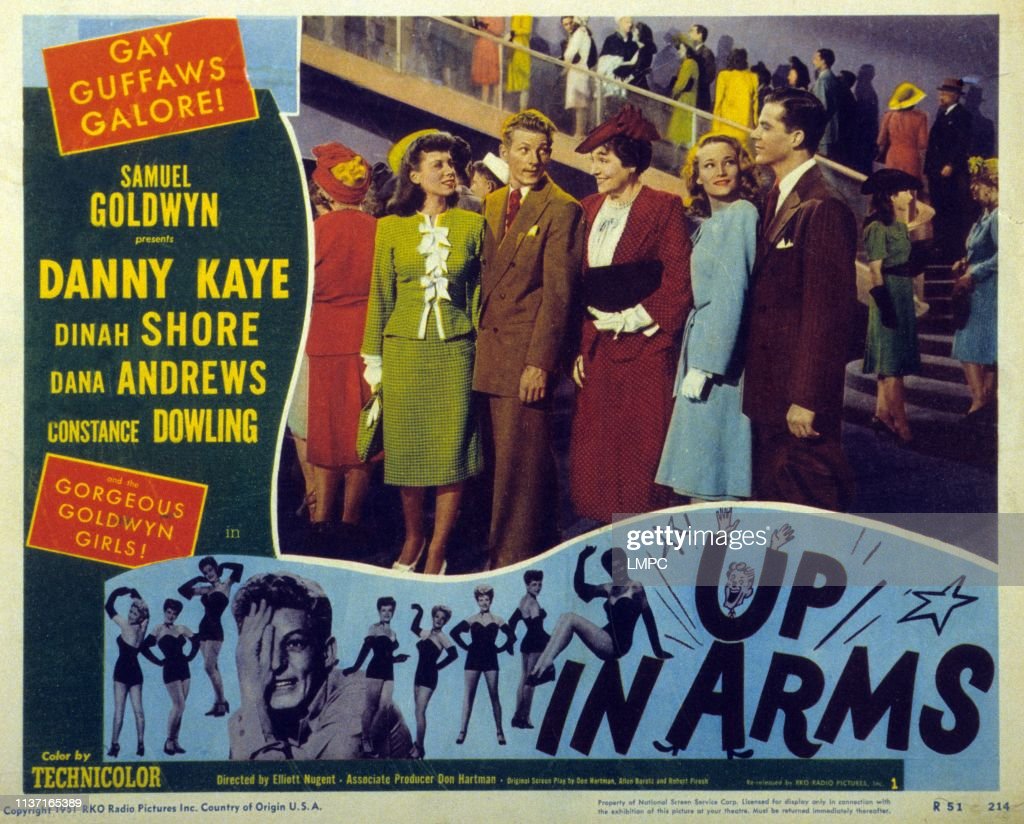 I highly recommend this film to my readers. It is hilarious. If you enjoy old-fashioned comedies, you’ll like this movie. Danny Kaye’s impersonation of a hypochondriac is a riot. It provides a very interesting backdrop for this film, especially after he is drafted. This is one of hundreds of movies made during World War II which has a military theme, since the war was the primary focus of the nation. However, not all films were serious or heavy dramas. This movie brings a lot of laughs to a serious reality. If you like Danny Kaye, you don’t want to miss this his first film. It shows that he was hilarious from the very beginning of his career!

Click the above image to buy this movie on a 4-film collection on DVD at Amazon and support PEPS through the Amazon Affiliate program!