Today is Sunday, so it’s time for another 52 Code Films article! Here at PEPS, we end each week with an article about the new Code film which I watched during the week. Every week this year, I have watched at least one film from the American Breen Era (1934-1954) which I have never seen before. This series serves many purposes. Firstly, I am expanding my knowledge of the Code Era by ensuring that I watch many of these films which I haven’t seen yet. Secondly, I am getting familiar with many actors, directors, and other artists whose work I am discovering more and more. Thirdly, I am finding opportunities to watch movies that I have been meaning to see for a long time. Finally, I am getting to watch a bunch of wonderful old movies which I have never seen before! I hope that you have enjoyed discovering some of these films along with me. 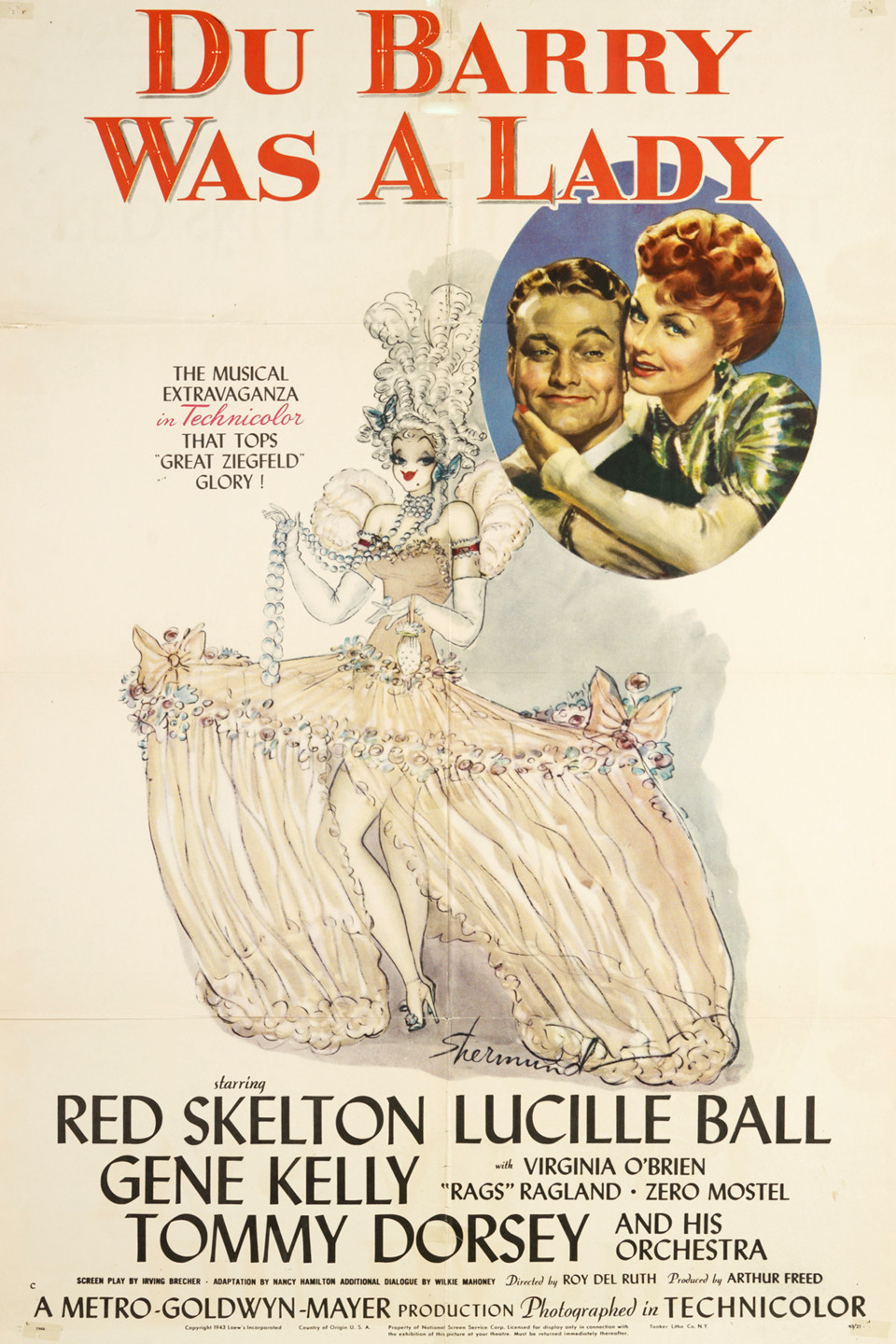 Today’s topic is Du Barry Was a Lady from 1943. I didn’t sign up for any blogathons this Sunday, so my new film choice was not decided in advance. On Wednesday evening, I knew that my schedule wouldn’t allow me any later opportunity to watch a new film this week. I browsed through our film collection to find a Code film I hadn’t seen yet. Especially in our VHS collection, there are many movies which I haven’t seen yet. I didn’t want a movie which is very dramatic or very long. Thus, I chose Du Barry Was a Lady. It was my sister’s suggestion. With a running time of under two hours and a lighthearted plot description, I decided to give this comedy a try!

A hat check boy at a nightclub is in love with the beautiful lead performer there. He doesn’t care about the droll cigarette girl who has made plain her love for him, since he cares about no one but the star. Meanwhile, she is being courted by a wealthy older man. She doesn’t love him, but she thinks that marrying for money is better than marrying for love, as her parents did. She is in love with a talented young dancer who works at the club, but she thinks that it will be best for both of them if they part ways and she marries for wealth, instead. The nightclub’s fortune teller, a good friend of the dancer, tries to help his pal by making the waiter spill food all over the wealthy suitor, but that just gives the hat checker the opportunity to take her home. Not long after, a comical telegram delivery man brings a telegram to the hat checker. It announces that he won the sweepstakes! With his newfound wealth, he buys fancy clothes and a car, hoping to make the wealthy-hungry star his wife. He rents out the nightclub one evening to celebrate his good fortune. Despite the dancer’s insistence that she shouldn’t all their lives, the young lady in question accepts the former hat checker’s proposal even though she doesn’t love him. The hat checker thinks that his friend has insulted his fiancee by implying that she is a golddigger. His new pal, the telegram deliverer who took over his job as hat checker, suggests a way to give even. He can slip the dancer a “Rooney” (a high-power Mickey). The bumbling hat checker succeeds in mixing up the drinks, so the new fortune-holder drinks the drugged beverage himself and collapses. While unconscious, he has an elaborate dream that he is King Louis XV. All the people in his own life appear in the fantasy, headed by his fiancee as a fickle Madame Du Barry and the dancer as the rebel whom she really loves. Could this dream help him realize what to do in his real life? 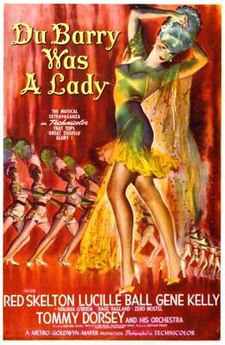 This movie was directed by Roy Del Ruth. It was produced by Arthur Freed. The production company was MGM. The screenplay was written by Irving Brecher. It was based on a play by Herbert Fields and B. G. DeSylva. The adaption was handled by Nancy Hamilton, with additional dialogue by Wilkie Mahoney. The score for the stage musical was written by Cole Porter. Three of the original songs were featured in the movie, and a fourth is played in the background. The rest of the songs were written by MGM for the film. They include “Du Barry Was a Lady” by Burton Lane and Ralph Freed, “Salome” by Roger Edens and E. Y. Harburg, “I Love an Esquire Girl” by Roger Edens, Lew Brown, and Ralph Freed, and “Madame, I Like Your Crepe Suzettes” by Burton Lane and Ralph Freed. 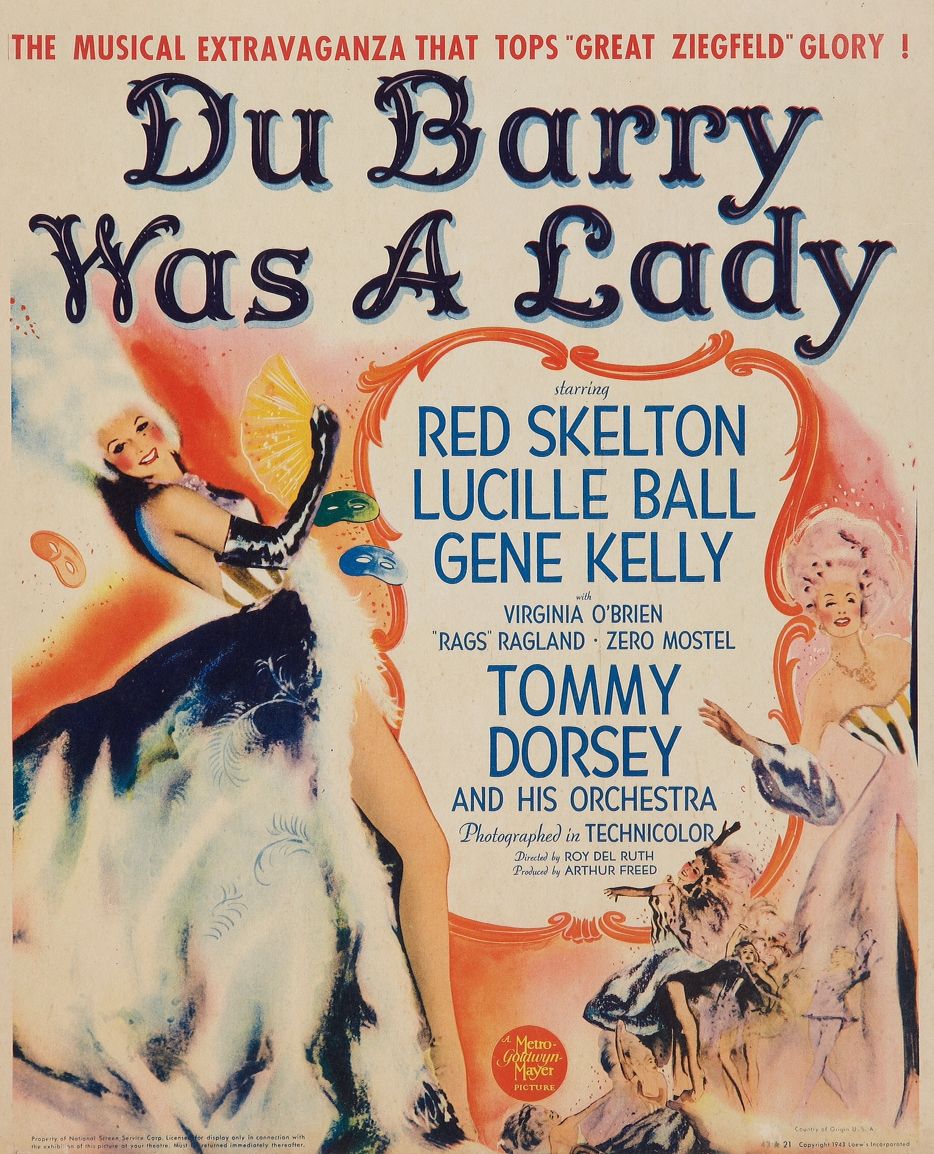 This is a good Code film. Both Wikipedia and IMDb mention the fact that the story was changed substantially from the original stage version to comply with the “censors.” They obviously are referring to changes which were necessary for compliance with the Production Code Administration’s standards of film decency. The Wikipedia page’s description mentions several things which were different in the film. Firstly, Louis was a washroom attended, which led to several instances of unacceptable bathroom humor. Secondly, Alec (Alex in the play) was married, so his relationship with May was extra-marital. Thirdly, Alec’s character in the dream wrote a rude song about the relationship between the King and Du Barry, whereas in the film he led a revolt against the frivolity of her selfish riches. I appreciate the way that this film handled the illicit relationship between King Louis and Madame Du Barry. The representation of these historical characters was so farcical that it was not suggestive. It was comical and goofy, so the potentially risque elements were avoided. I’m sure that much less delicacy was used in the play. I understand that Code compliance was one of the reasons why many of the original songs were not included in this film. Also, I appreciate that the chorus girls’ costumes were appropriate. Great restraint was shown in the dream sequence, since the dresses from this period were noted for frequently featuring low necklines. Even the Madame’s did not, which I appreciate. This film doesn’t have much substance, but it doesn’t rely on vulgarity, risqueity, or cheap humor to get its laughs. It is decent, wholesome, silly fun.

This isn’t the most brilliant film I have ever seen. It is very silly, but I didn’t expect anything else from a movie with Red Skelton and Lucille Ball! Although it was slapstick, I found most of the humor to be very entertaining. There was a good mixture of physical comedy and funny dialogue. I really liked Red Skelton in his role. He was good as both a hat checker and the king. Lucille Ball was good in her role, too. She wasn’t really a comedienne yet, so she was quite serious for most of the film. I thought that she was lovely in the modern section as well as the period part. This was the first film in which she appeared with the red hair which would be her trademark for the rest of her life. Her voice is well-dubbed by Martha Mears in every song except the last one, “Friendship,” in which she provides her own comical vocals. She would later sing this song again on “I Love Lucy” with Ethel. Gene Kelly is really good in this role. This early performance was the last time he would have to do someone’s choreography, and it is evident from the dancing. His footwork is amazing and impressive, but it doesn’t have the distinct Kelly style which you see in his later films. I really like his part in the dream sequence. He looks very dashing in the period costume, and he is very convincing as the Errol Flynn-like swashbuckling rebel which he would play in some later films. There are some great musical sequences in the earlier part of the film. Tommy Dorsey and his band provide terrific music, in the nightclub as well as the French court, where they hilariously jive while wearing 18th-century clothes and powdered wigs! I also enjoyed the unique performance of The Three Oxford Boys, who imitate the music of famous bands and performers with no instruments except their voices, mouths, and hands. In a similar style to the early work of the Mills Brothers, they make music without instruments, which I find very impressive. The Technicolor cinematography is very attractive. The only thing I didn’t like about this film was a prolonged comedy sequence by Zero Mostel in his first film role. As Rami the Swami, he pretended to read the palm of a lady at the nightclub. After some comedic beginnings, he went into an elaborate flirtation by imitating Charles Boyer in Algiers (1938). I found his humor in this part crazy and not very funny. This sequence went on much too long. I began to get rather bored. Thankfully, the tempo picked up again after this was over. Mr. Mostel was amusing in his other portions of the film.

I recommend this film to my viewers. If you don’t like comedy, you won’t like this film. If you are a fan of slapstick and constant humor, you will enjoy this musical escapade. The musical numbers balance out the comedy, and vice versa. Also, the dream sequence really distinguishes this film. Not many movies have such a long fantasy part. However, I didn’t think that it was too long. While the dream began early in the play, they waited an hour into the film to start it. I think that was a good choice, since a prolonged dream can be strange. There was just enough to be fast-paced and really hilarious. The references to real life were really well-done. One of my favorites was the fact that Cheezy, the waiter in real life, appeared in the dream as the Count de Roquefort! If you enjoy the films of Red Skelton, Lucille Ball, or Gene Kelly, give this film a try! It isn’t an epic drama, but it is a great choice when you just want to relax with a fun movie. It’s a dream!