This article was written by Rebekah Brannan as part of The Third Annual Great Breening Blogathon.

In 1998, Disney released the last film in its great genre, the Disney Renaissance. This film, based on an ancient Chinese legend of a woman who joined the army in disguise, has been a beloved classic ever since its release. The film’s heroine, the brave and independent Fa Mulan, has been a role model for little girls throughout the world. However, this film has dangerous undertones. The lead character’s desire to go against tradition and perform the duties of a man hint at a desire to become what she is not. A culture of people who are discontent with their gender has sprung up in recent years, because children of the last few generations were growing up with films like this one. As a Disney princess, Mulan is a beloved and revered role model for impressionable young girls. Her discontent and rebellious actions can fuel a similar discontent in children who look up to her. In a society where we continually urge children to “be themselves,” and to “love who they are,” this discontent seems a strange contradiction. I will show how, with some changes to the theme, tone, and message, this film could have been perfectly acceptable. Although I had to fix some deep plot problems in my last Disney project, The Hunchback of Notre Dame, this will be my first real “major reconstruction job,” as we call it here at PEPS! Through a few paragraphs devoted to the plot and my usual numbered list of “surface problems,” I will show how Mulan could have been a truly good role model for the children who love her. Now, the lights dim, the theater hushes, and the screen comes to life! Now, let’s get down to business, because here comes Mulan!

After the opening of the film, when the Huns first enter China, and the Emperor orders for extra men to be recruited to the army, our heroine is seen for the first time. She is sitting in bed, preparing for her presentation to the Matchmaker. She is uncertain about the “Final Admonition,” which she has to recite, so she is cheerfully writing it on her arm. She brings her father, Fa Zhou, his tea, and he reminds her of her responsibility that day. Surreptitiously pulling her sleeve over the notes on her arm, she promises she won’t let him down. Meanwhile, her mother, Fa Li, and her grandmother are seen waiting for her at the “beauty parlor.” Mulan rides up astride on her horse, unkempt and late. She is then bathed, dressed, and generally made-up for her meeting with the Matchmaker. An unlucky combination of wet ink on her arm and an escaped cricket turn the meeting into a disaster, and the Matchmaker proclaims that Mulan will never bring honor to her family. Back at home, Mulan laments her inability to hide who she is behind fancy hair and makeup. Meanwhile,  Chi Fu arrives in the street with some soldiers and announces that one man from every family must serve in the army. Although Fa Zhou is quite old and has a leg injury from the last war, which forces him to walk with a cane, he comes forward to accept the summons. Horrified, Mulan runs out and begs the soldiers to release Fa Zhou from duty. Chi Fu is shocked that a woman dared to speak to men, and Fa Zhou is bitterly ashamed as he accepts the summons. Later, Mulan sees Fa Zhou trying a few maneuvers with his sword, but he suddenly cries out and falls, clutching his leg. At dinner, Mulan angrily declares that it’s unfair for Fa Zhou to be recruited, since he has already served. However, Fa Zhou says it is an honor to serve. He declares that he knows his place, and that it is time she learned hers. Mulan runs out in tears. Later, she sees the silhouettes of Fa Li and Fa Zhou in their room, where Fa Zhou is trying in vain to comfort his distraught wife. Soon, Fa Zhou resignedly blows out his candle, leaving the room in darkness. Mulan steals into her parents’ room, taking Fa Zhou’s summons and leaving her hair comb in its place. Then, she cuts her hair with Fa Zhou’s sword, dons his armor, and rides off on her horse. By the time her family wakes up and learns of her decision, she is long gone.

This basic synopsis of the film’s first section seems innocent enough in itself. However, it is not so much the events that take place in this section, but the way they are played that is the problem. I will now give more detailed synopsis of how the first section of the film could be played, keeping some parts and changing others. I will also be including an extra scene, but it will not lengthen the film unduly, because, as you will see in time, I will be deleting an entire scene later in the film.

This concludes my reconstruction of the first portion of the film. As you can see, I did not change it all that much. I merely emphasized that Mulan wants to be a perfect bride as much as her parents want her to. Instead of being rebellious, she is merely unlucky and a bit clumsy. It is important to set up her character the right way, so that the reason for her masquerade is clearly above reproach. The next part of the film that needs reconstruction is the film’s end, when Mulan practically saves China single-handedly. I will describe my revised version in the paragraph below.

This concludes my revision of the troublesome part of the film’s end. The remainder of the ending, when Mulan returns home, does not have any core problems. As you can see, the ending did not need too much revision. It seemed strange to me that Shang disappeared after Mulan fled the balcony, and the next time we saw him he was running out of the palace. This makes his character seem cowardly and creates the conclusion that Mulan saved China single-handedly. One man probably couldn’t save china single-handedly, so I doubt a woman could either. Mulan is still a hero, but she received help from Shang, and neither could have succeeded without the other. It is only fair that Shang be honored as a hero as well since, even in the existing film, he did participate in the battle with Shan-Yu. I will conclude my breening of this film with my usually numbered list of “surface problems.” 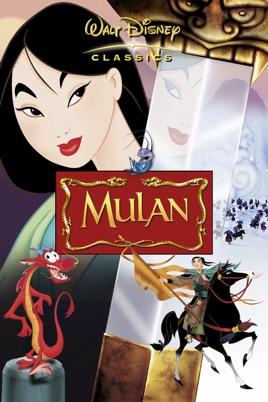 This concludes my breening of Mulan. I hope that I have not offended anyone who loves this movie. I myself found this film very enjoyable to watch, and I hope that you will still be able to as well. I only wish to call to your attention the danger of such films. In the guise of a children’s film, a movie with such controversial undertones can be very dangerous. I also wish to dispel the common myth that, when breening a film like this, the Code oppresses women. The Code only wishes to protect the family, the basis of which is women wanting to be wives and mothers. Also, as I said in the introduction, characters like Mulan can cause confusion in a young mind. This is my participation in The Third Annual Great Breening Blogathon, and I was very glad to finally tackle this film, which I have been contemplating for quite some time. Thank you for reading, I’ll see you next time! 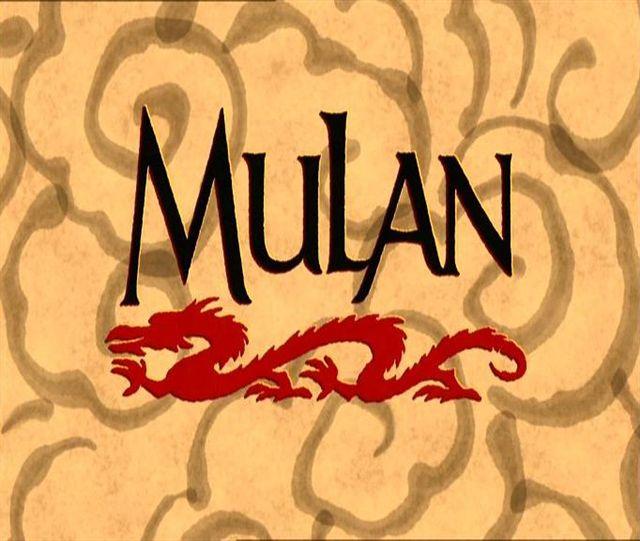