Ladies and gentlemen, for this week’s Breening Thursday article, I, Rebekah Brannan, will be breening the 1957 film The Pajama Game. It was suggested as a topic by Michaela of Love Letters to Old Hollywood, who wrote the August entry in our guest series, What the Code Means to Me. This film is a funny, music-filled tale of a forbidden romance between two people on opposite sides of a pajama factory strike. Katherine “Babe” Williams, played by Doris Day, is head of the Sleeptite Pajama Factory’s grievance committee. She first meets the factory’s new superintendent Sid Sorokin, played by John Raitt, through an official complaint by one of the workers. However, while she finds that he was not guilty of hitting a fellow worker, he may be guilty of stealing her heart! This story could easily have been a fully acceptable film for the entire family. However, because it was released in 1957, three years after Joseph Breen’s retirement from the PCA, the film is riddled with unnecessary surface problems. In my article, I will show how easily this film could have been reformed with just some simple changes to the lines, lyrics, costumes, etc. Now, the lights dim, the theater hushes, and the screen comes to life! Hurry up, don’t waste time, because here comes The Pajama Game! 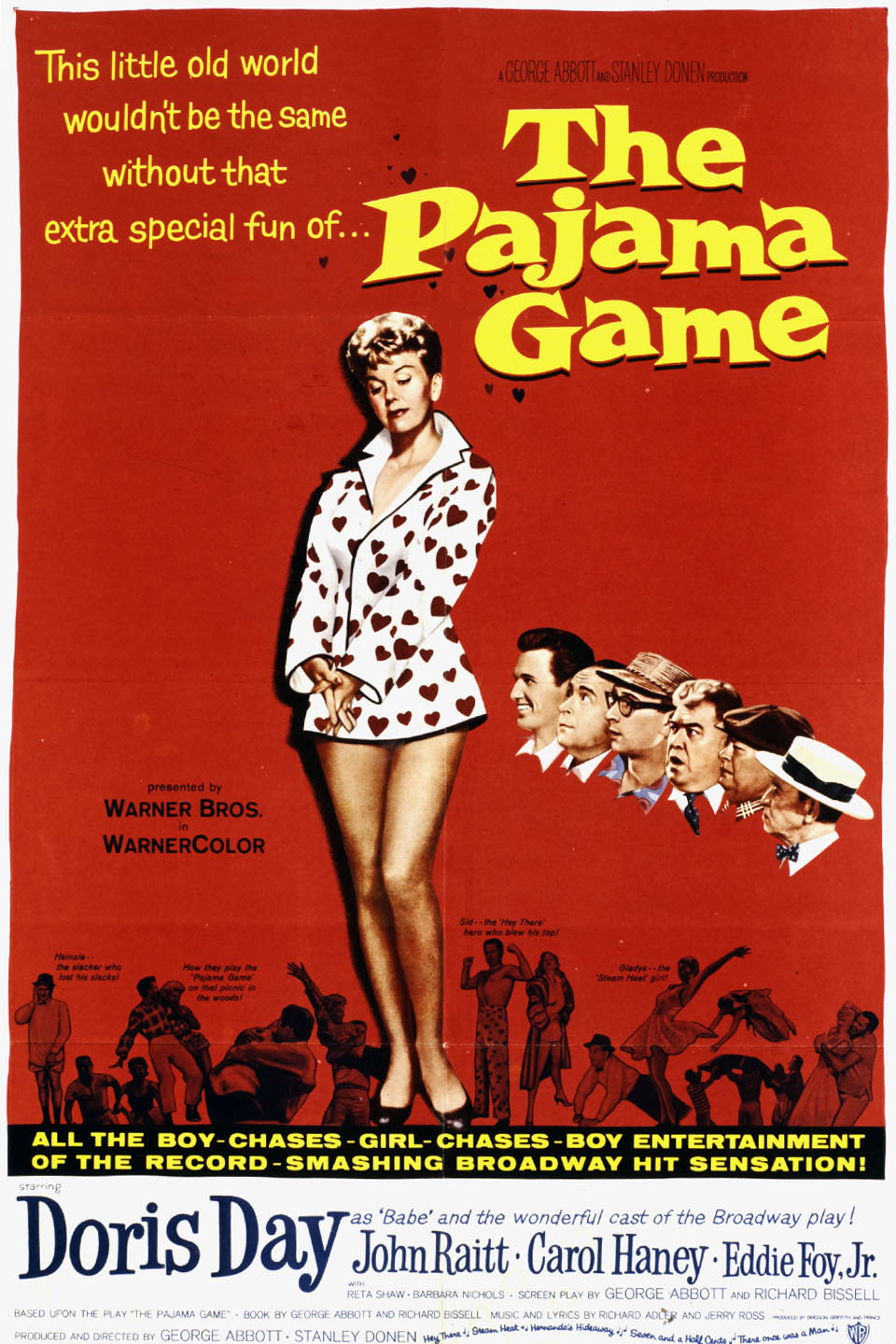 This concludes my breening of The Pajama Game. With just forty-two simple changes, this film could have been entirely free from any objection. An enjoyable, music-filled film like this has no need for risqué dialogue, inappropriate choreography, or indecent costumes. It has a strong plot, good songs, entertaining dialogue, and great acting! What more can you ask of a film? As always, I hope I have not insulted anyone or created the impression that I dislike this film. I think this is a very good film, and I recommend it to all you musical lovers out there! My only aim in this article was to show how it could have been even better if not for sore mismanagement at the PCA. Under Mr. Breen’s watch, this film would have been made as I suggested, and even the most sensitive viewer could watch it without a single blush. I hope you all enjoyed taking this breening journey with me! I’ll see you next time!

Calling all Phans to PEPS! This year, on September 23-25, I, Rebekah Brannan, will be hosting The Phantom of the Opera Blogathon. The title tells you exactly what it is. This blogathon will be dedicated to all adaptations, spin-offs, prequels, and sequels of the immortal tale The Phantom of the Opera! As devoted Phans, my sister and I could not let the 110th anniversary of the beginning of the original novel’s serialization in the newspaper Le Gaulois pass without some form of commemoration. I invite all of you to celebrate this wonderful event by joining The Phantom of the Opera Blogathon! Now, stay away from trapdoors, beware of shadows, and always keep your hand at the level of your eyes, because we’re off to the Paris Opera!