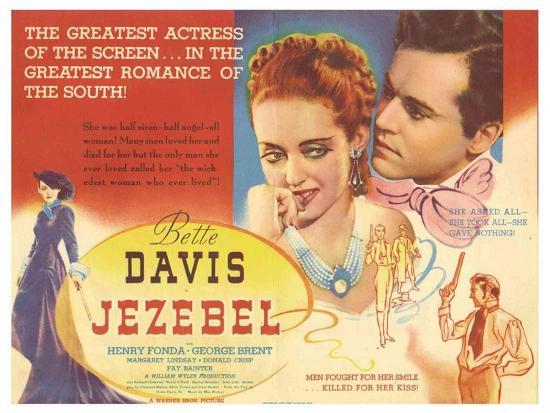 Today’s highlighted film is Jezebel from 1938. This is the story of a Louisiana woman who loses her fiancé because of her scandalous and stubborn behavior and refuses to beg his forgiveness until it is too late because he is married. Her selfish behavior continues to hurt those around her until New Orleans’s occupants are tried by a deadly yellow fever epidemic. This film stars Bette Davis, Henry Fonda, and George Brent. It was directed and produced by William Wyler with Hal B. Wallis and Henry Blanke and released by Warner Bros. This is a perfect Code film because it handles difficult topics with great delicacy, shows the folly of being selfish, and teaches the importance of selfless love. I like this movie because of the beautiful historical detail, the charming Southern accents, and the great acting. My favorite thing about it is Bette Davis’s brilliant performance as a woman of many sides who undergoes a great transformation; she deserved her Best Actress Oscar!