Due to necessary preparations for her upcoming event, Pre-Code vs. Pro-Code, my sister, Tiffany, was unable to write this week’s breening article. Therefore, I, Rebekah Brannan, will be breening the 1958 film, Teacher’s Pet. This comedy starring Clark Gable, Doris Day, and Gig Young is an amusing and entertaining film which has been a favorite of my family’s for many years. It follows the story of a hard-bitten newspaper editor who begins taking journalism classes from an attractive young teacher as a joke and ends up falling in love with her. Although the film is generally innocent and funny, it has many unacceptable elements in it, including indecent costumes, graphic newspaper stories, and vulgar jokes. Now, the lights dim, the theaters hushes, and the screen comes to life! Get ready for a front page full of fun, because here comes Teacher’s Pet! 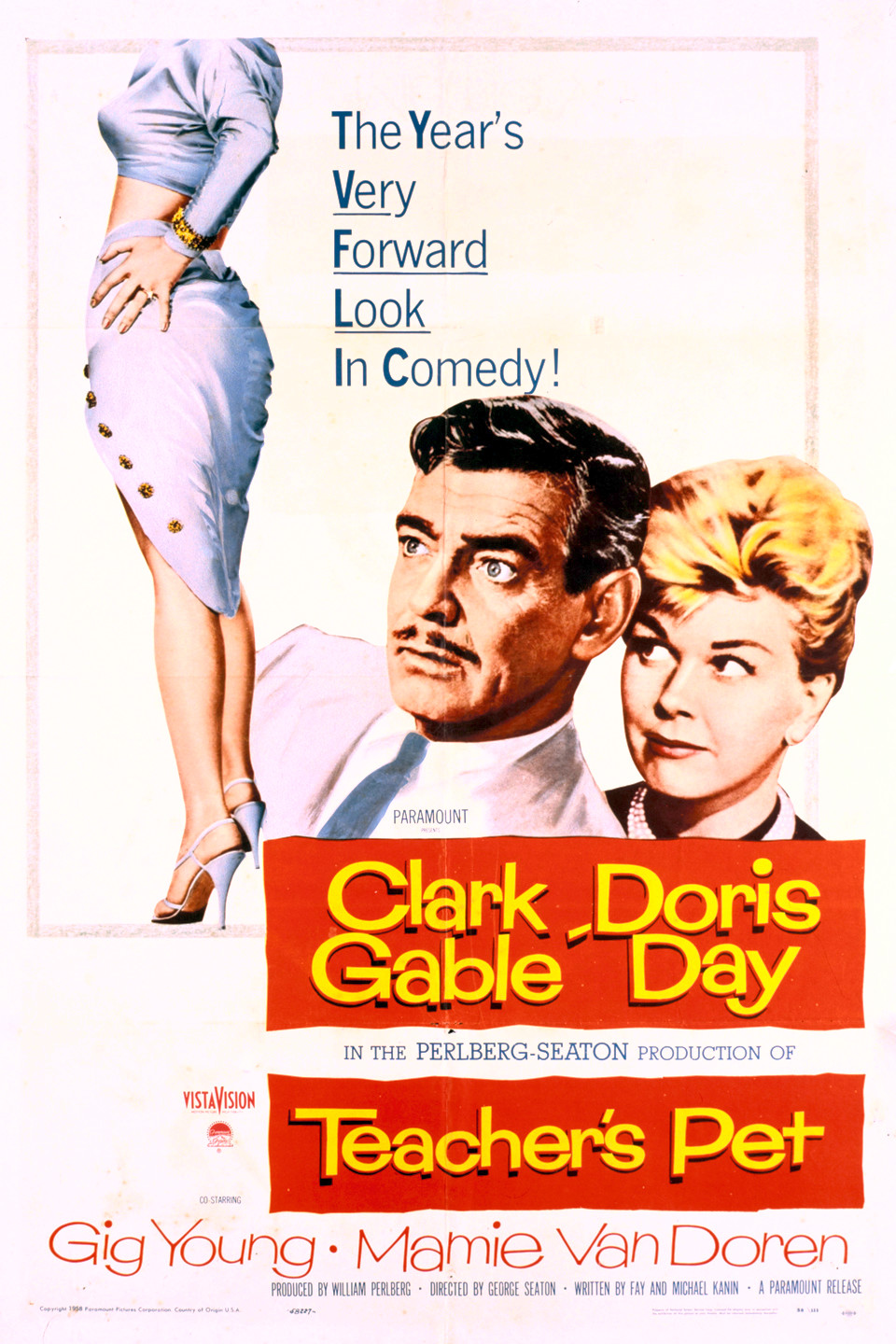 This concludes my breening of Teacher’s Pet. As you can see, with just these few changes, this could have been a perfectly clean, funny, and thoroughly enjoyable film. Although there are far fewer objections than in most of the Disney films I’ve breened, as my sister pointed out to me, although those were supposed to be children’s films, this was supposed to be a Code film. Although it had only been four years since Mr. Breen’s departure from the PCA, shocking things such as flippant use of a certain word, extremely suggestive musical numbers, and completely unacceptable focus on women’s posteriors were common in films. It’s amazing to see how just a few years of mismanagement can ruin a perfect organization such as the PCA. However, we hope to bring back the PCA that existed from 1934 to 1954. Well, that’s all, folks! I’ll see you next time in the Breening Thursday column!