The subject of this week’s breening article is the 1961 British war epic The Guns of Navarone, which is number 26 in the Breening Thursday series. I first watched this film prior to my knowledge of the Production Code and really enjoyed it then. I still enjoy it now, despite its twenty-two Code violations. It was not under Mr. Breen’s watchful eye, so one would expect problems to be found. It always saddens me when a film which has such superb acting, directing, cinematography, music, and so forth, is compromised by unnecessary elements which would not exist if the Production Code  requirements had been properly maintained. In any war film, some violence and death should be expected, but overly graphic footage should be avoided. As an advocate of the Code, I ask myself, would the film be less memorable if there were not so many corpses shown? Would the action have less impact if there was less blood, less foul language, and less risqueity? The Guns of Navarone contains mostly surface problems. Unfortunately, with minor violations begins the slippery slope from a little blood, a little violence, and a little risqueity to the horrors found in today’s wildly popular films which contain images that would shock movie-goers of half a century ago.

A group of daring commandos led by Captain Keith Mallory are sent to the German-occupied Greek island of Navarone in 1943 to destroy two giant, radar controlled guns which have been reeking havoc on British war ships passing through the Aegean Sea. The team has less than a week to accomplish this mission. The Germans are planning to blitz the island of Kiros where two thousand British soldiers are stranded. Unless the guns are neutralized, the British fleet may not succeed in rescuing the doomed men on the island before the Germans invade. The team’s first challenge is to scale a 400-foot sheer cliff on the least-guarded side of the island, traverse rugged mountainous terrain, and then join resistance fighters at the ancient ruins of Alexis. With help from the rebels, the team makes its plan to destroy the guns. Things are complicated by the fact that a spy may be among the group.

And now, with no further ado, let the breening begin! 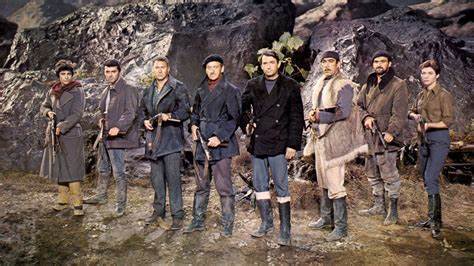 This concludes the breening of The Guns of Navarone. I can imagine some of you thinking that the changes I recommended were rather harsh. Gregory Peck was not mentioned until item #16 in my list. This shows that the language was pretty clean, especially when compared with today’s barrage of profanity, even in PG-13 films. The violence I pointed out as being excessive might seem like a Sunday school picnic compared to the gruesome blood spatter and dismemberment so common in today’s films. This is exactly the point. It starts with a little blood on the face, a knife in a man’s torso, a woman’s exposed back, the Lord’s name in vain, and before long the floodgates open and all manner of indecency and violence is splashed across the screen. No-one truly understands how deeply effected a viewer might be when he sees a violent or risque image on screen. 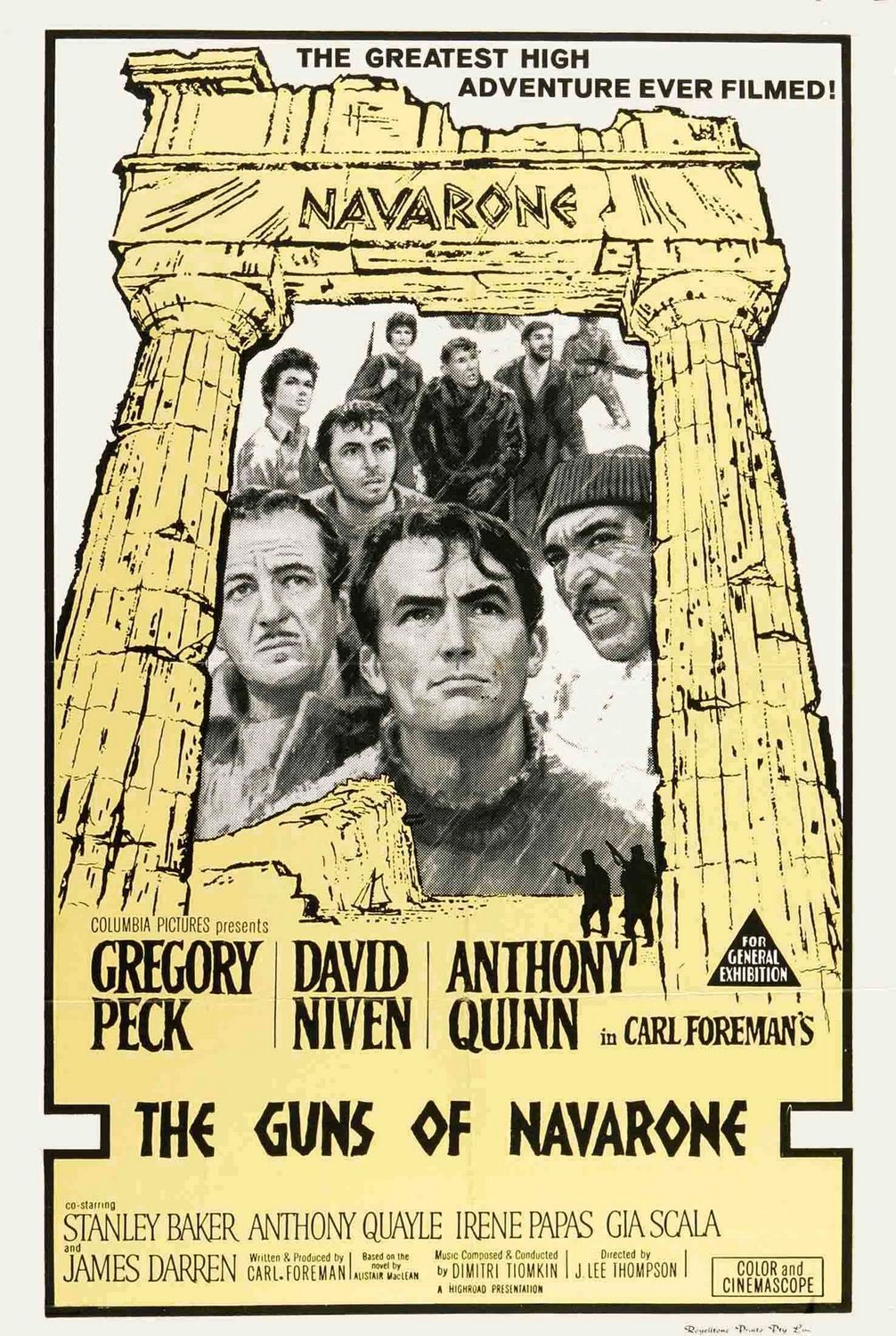 In closing, I would like to recount a story my dad, a paratrooper in World War II, would tell when I was a boy, often around the camp fire at our cabin. He was in a foxhole with his buddies in the heat of battle. When the barrage of bullets ended, they moved out. All but one. A good friend of my dad’s, probably no more than twenty years old, was dead. A bullet had entered one ear and exited clean out the other. I will never forget the image this carved into my young, impressionable mind. Today, children the same age as I when hearing my dad’s graphic, true story see this type of carnage regularly in the living color of what Hollywood refers to as entertainment. If nothing else, these films desensitize us to the horror of violence and death. When I was a boy, there were never school shootings. Our modern world is troubled by all manner of violence by man against his fellow man. Why? Why? I believe it is due to violence in film. This must stop. Bring back the Code!

Click the above image to buy this movie on DVD at Amazon and support PEPS through the Amazon Affiliate program! Anyone who makes a purchase through this Sunday will receive a free gift in our giveaway!