It is now Sunday, so it is time for my review of the new Code film I watched this week. Today’s article will be the last article in this series, 52 Code Films, which we will publish in April. Like every week this year, I chose a movie from the American Breen Era (1934-1954) which I haven’t seen before. Then, I watched it in hopes of finding a new favorite film and to continue expanding my knowledge of classic films. This series has been very enjoyable for me so far, since I have had a reason and an excuse for watching dozens of wonderful old movies which I have never seen before! Now, I will review the new film I watched this week. I hope that, after reading this review, you will want to watch this movie, too.

Today’s topic is Wedding Present from 1936. This is a screwball comedy about the newspaper business. Starring Joan Bennett and Cary Grant, it was the last film the latter made while under contract with Paramount Pictures. I watched this film on Wednesday. It is on a Cary Grant collection which we have had for many years. For some reason, there are a few movies on this collection which I have never seen. I decided that this movie, the only Code movie on it which I haven’t watched before, would be a good topic for this week’s article.

An inseparable pair of newspaper reporters in Chicago are about to get married. However, the fun-loving, jovial spirit which makes the newshound part of the unstoppable, unscoopable team makes them miss getting their marriage license by one minute. His fiancée is fed up by his refusal to be serious, so she says that they should go on just as friends. They work out a clever swindle to get an interview with an archduke who is getting married. They trick the foreign nobleman into going out on the town with them, and the trio soon becomes fast friends. As dawn is breaking, they go to the shore-front house of the publicity-seeking aviator who has been giving the newspaperwoman flying lessons, only to find that he isn’t there. Her jealous former beau makes an unexpected ally when he rescues a New York gangster from drowning. The mobster, accompanied by his foolish assistant, promises to repay the reporter someway. Soon after the aviator arrives, they hear about a ship in distress out on the lake, so the two reporters talk the aviator into flying them out to look for the ship. As planned, they get a sensational story, and each receives a journalism award. They continue to play ridiculous pranks on their city editor, who is being driven crazy by their antics but can’t fire them because of their skill. When the harried editor finally quits, the happy-go-lucky reporter is given his job. Everyone is shocked when the carefree clown becomes intensely serious about his job. He lays down the law in no uncertain terms and forces people to take him seriously by punishing and firing those who don’t. His high-handed management soon makes his former sweetheart leave the paper in disgust to work in New York. On the plane, she meets a famous author, who eventually becomes her fiancé. Suddenly, the reporter-turned-editor realizes that he has lost touch with his comrades, has misplaced his identity, and is about to lose the girl he loves. He goes to New York to win her back. Assisted by his gangster friend, will he succeed? 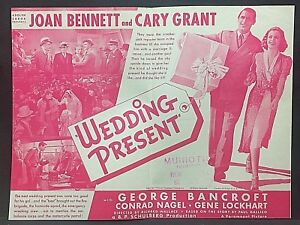 This film was directed by Richard Wallace. It was produced by B. P. Schulberg. The production company was Paramount Pictures. The screenplay was written by Joseph Anthony. It was based on a story by Paul Gallico.

This is a good Code film. It is wholesome and decent. It is a movie full of lively, constant action which is amusing in a good, clean way. Instead of focusing on tawdry things, this movie’s dialogue and situations are successfully hilarious without being crude, vulgar, or risqué. This movie was made in 1936, very early in the Breen Era, but it is a good example of how quickly films improved under Joseph Breen’s supervision. The women in this film wear decent clothing and behave like ladies. However, that doesn’t mean that they can’t be witty, clever, and adventuresome. Newspaperwoman Rusty is far from a shrinking violet! She is thoroughly feminine while flying airplanes and chasing fire engines. This is a great example of the wholesome entertainment which was made in America during the Code years. Why can’t we have films like this anymore? This is a really charming, hilarious film. Although only an hour and twenty-two minutes long, it seems much longer. That isn’t because it drags but because it is so fast-paced. So much action takes place that you can’t believe so little time has passed. There is never a dull moment. In standard 1930s cinematographic style, not a minute is wasted. The dialogue is so clever, and the sight-gags are excellently executed. The acting is wonderful. I think that the relationship between Cary Grant and Joan Bennett is very candid and believable. I also like their interaction in Big Brown Eyes, another film about the newspaper business which they made together in 1936. All the supporting actors are superb, as well. I thought that Gene Lockhart did a great Germanic accent as the archduke, and William Demarest was hilarious as the likeable racketeer. I always love a movie which explores the inner-workings of a newsroom. 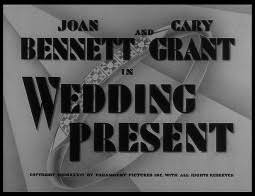 This is a movie which I think would be enjoyed by all classic film fans. It will be greatly appreciated by those with a preference for 1930s films. There is something unique about films from that decade, particularly its earlier years. As Hollywood discovered how to use sound in motion pictures, some interesting techniques were developed. This film has all that marvelous style. I like that style in some pre-Code films, many of which are unfortunately spoiled by their risqué content. Early Code films like this have the style without the dirt. Anyone who likes screwball comedies will enjoy this picture. Young Cary Grant is hilarious, and Joan Bennett wittily contrasts him. This film is really funny with its charmingly implausible plot. However, it does not insult the intelligence. It also isn’t too goofy or slapstick. I really like this movie. I recommend it to all my readers. In a time when the latest releases are rated PG-13 and R for unspeakable things, it is so refreshing and cleansing to see decent characters in wholesome films like this.

This week, I only watched one new Code film.