Today is Sunday, March 24. As such, it is time for the next article in our weekly Code film series, 52 Code Films. Every week this year, I have agreed to watch one new film from the American Breen Era (1934-1954). There are so many wonderful films which were made during those twenty years, yet we classic film fans tend to watch the same movies over and over. The purpose of this series is to challenge me to discover new Code films which I have not yet seen and may love. Out of the twelve movies I have seen so far as part of this series, there has only been one that I didn’t like. Only one out of a dozen is good odds, considering I chose these movies very randomly!

My topic for today is Royal Wedding from 1951. I watched it this evening with dinner. We have had two copies of this movie in our film collection for years. I often heard about it, but I never watched it for some reason. My family was surprised when I said that I didn’t remember seeing it. I decided that I wanted to watch it as my new Code film this week. After seeing it, I am sure that I have never seen this Fred Astaire and Jane Powell musical before. I am glad that I finally watched it! 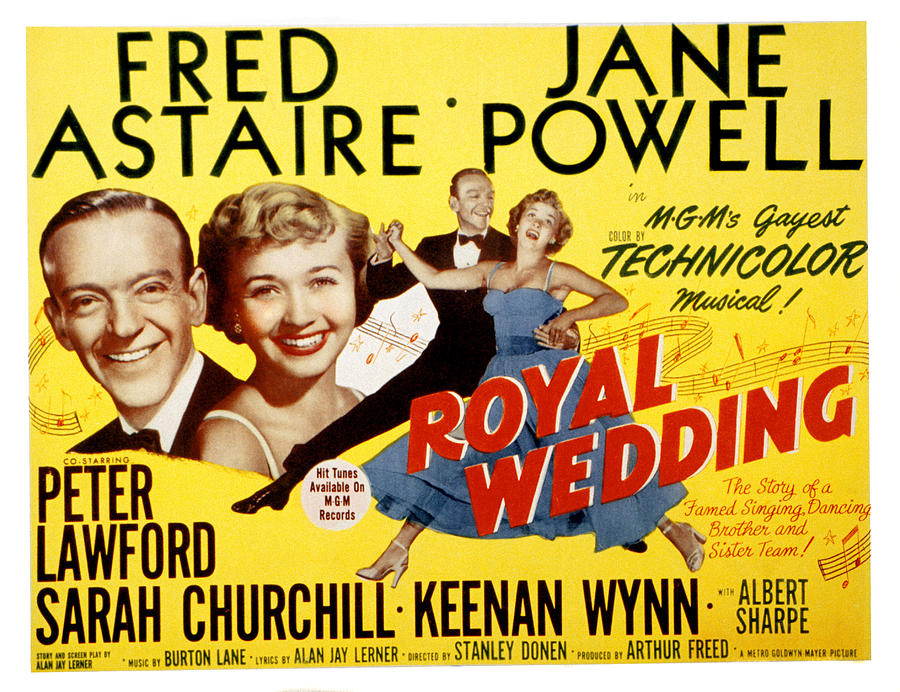 A brother and sister team are a big hit as the stars of a musical revue. The older brother is convinced that he is perfectly satisfied being a bachelor, but his carefree little sister has a constant series of frivolous, casual infatuations. After one of their shows, their manager tells them that they have been booked in London right before the royal wedding. The siblings happily board an ocean liner to cross the pond. On board, Ellen meets a handsome British nobleman who has been just as romantically fickle as she has. The twosome realize that they are two of a kind, and they become good friends during the voyage. In England, the brother hosts auditions for performers in their show while his sister explores the country with her new British beau. At the audition, he meets and hires a pretty redheaded dancer, whom he quickly invites to dinner. Rehearsals begin for the show as Princess Elizabeth’s wedding day draws near. In the meantime, both siblings see their new British romances often. However, romantic obstacles grow larger as opening night approaches. Firstly, the British dancer is engaged to a man in Chicago whom she hasn’t seen in two years and from whom she hasn’t heard in two months. At first, her American friend is glad, since he thinks she won’t want to get serious. However, he begins to feel crowded by the other man. Ultimately, both siblings find themselves surprisingly near to matrimony by opening night but unwilling to settle down in married life. Will they decide to continue dedicating their lives to dancing, or will there be more than one wedding in London? 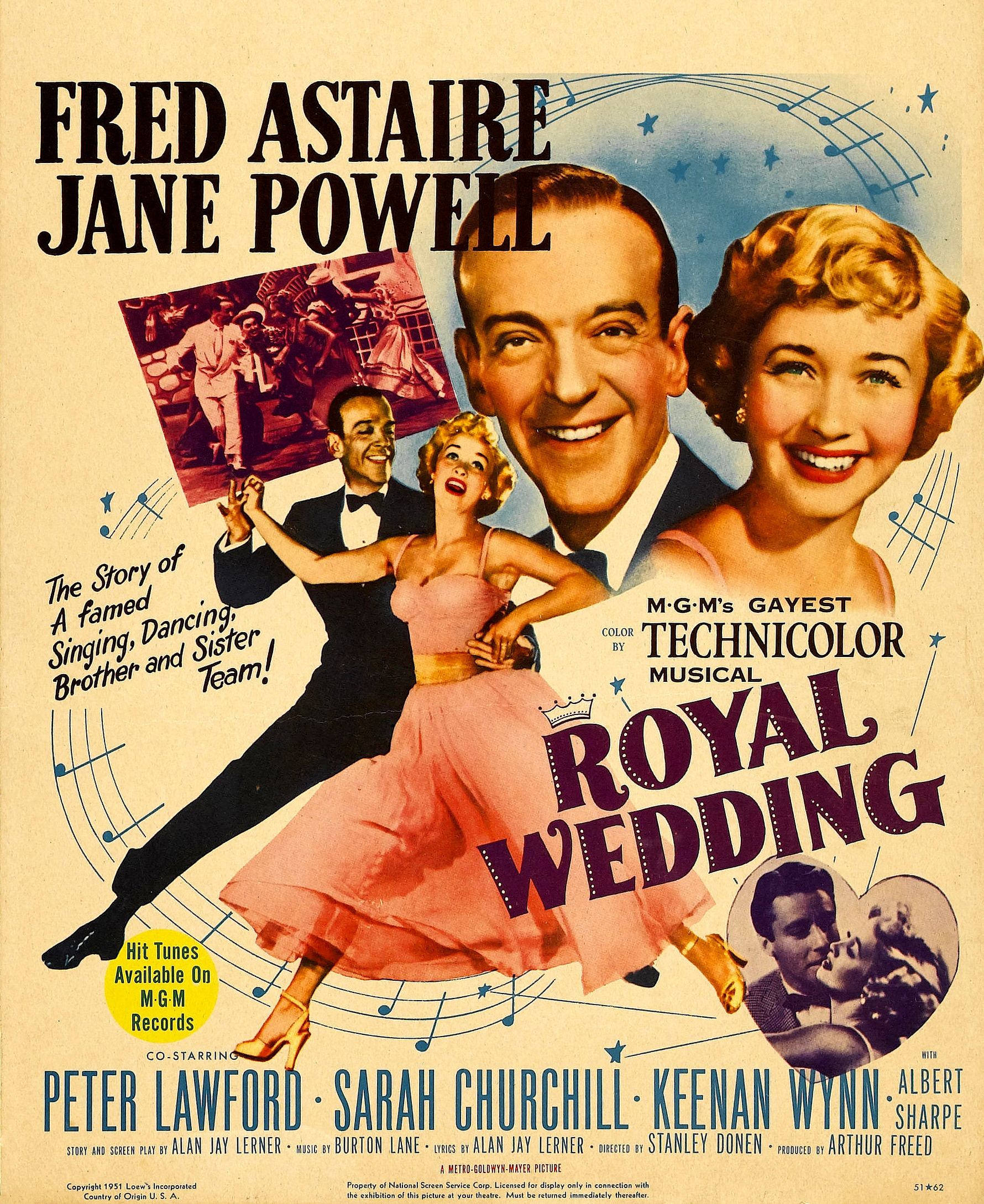 The brother is Tom Bowen, played by Fred Astaire. The sister is Ellen Bowen, played by Jane Powell. The British nobleman Ellen meets is Lord John Brindale, played by Peter Lawford. The British dancer is Anne Ashmond, played by Sarah Churchill. (In case the surname sounds familiar, this young lady was actually the daughter of the famous Sir Winston Churchill.) The New York manager, Irving Klinger, and his British brother, Edgar, are both played by Keenan Wynn. 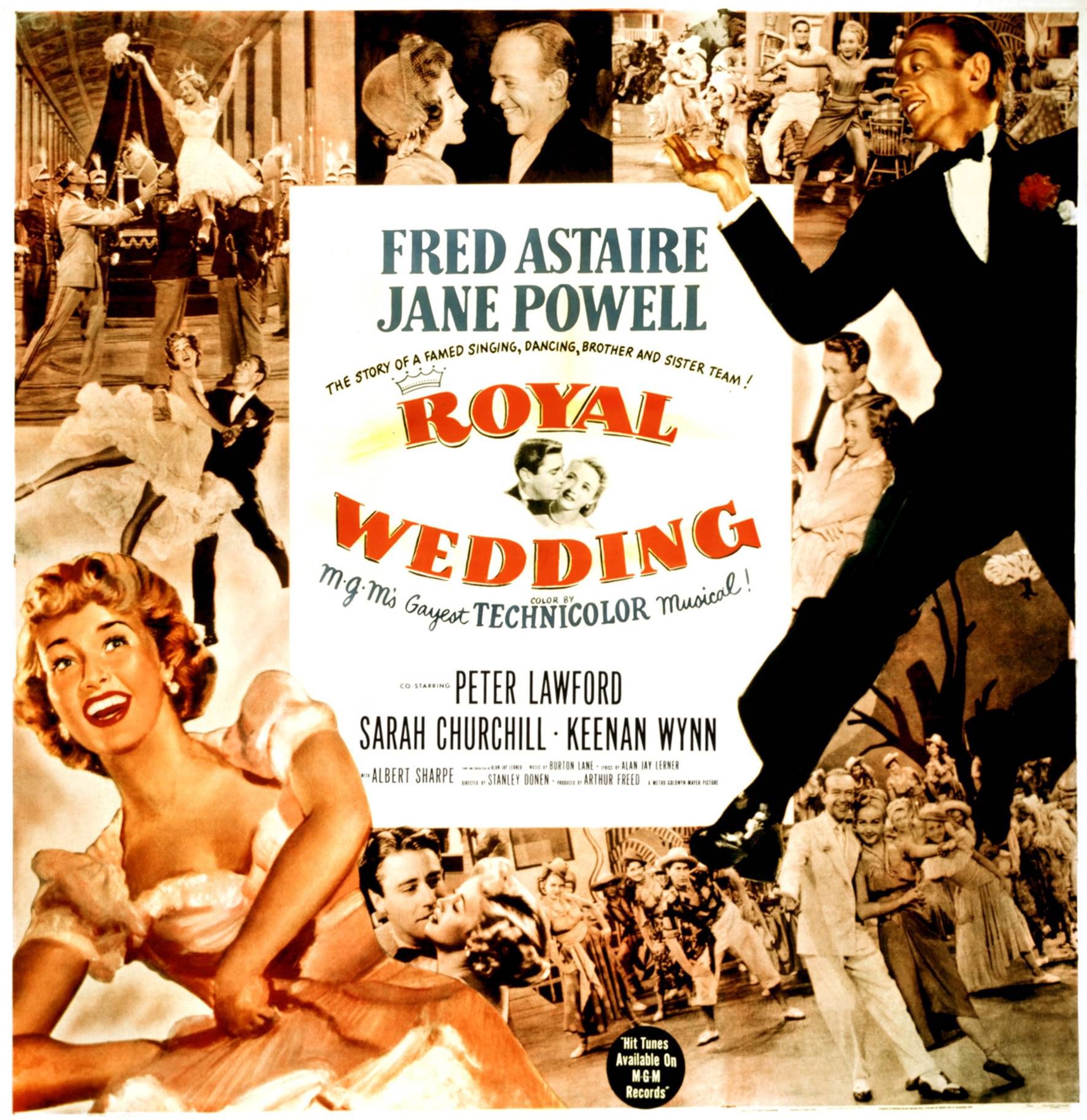 This is a good Code film. It is clean, wholesome, and completely free from objectionable qualities. This is another example of a lighthearted, heartwarming Code film. It is fun, festive, and lovely. Anyone can enjoy this film. Although it is very carefree, it is far from silly or immature. It follows the PCA’s motto of being “reasonably acceptable for reasonable people,” which is a better way to say that it is “family friendly” or “acceptable for all ages.” It really is more than that. It is not only acceptable for people of all ages; it also is acceptable for people of different backgrounds and beliefs. It casually explores international relations and cultural differences between America and England without being mocking, offensive, or demeaning to our own nation or to our friends across the sea. It is a wonderful movie!

This is a really charming film. It is unique because of being set in England around the time of the Royal Wedding of Princess Elizabeth and Prince Phillip in 1947. What thrills and amazes me is that the same gracious and lovely royal is the reigning monarch to this day! The Code has died, and both our countries have changed too much, but Queen Elizabeth is still on the throne. The parallels between this story and the real careers of Fred and Astele Astaire are also very intriguing. I found the relationship between Fred Astaire and Jane Powell as brother and sister to be very genuine and touching. The romances between the two couples were also well-acted. One of the most impressive performances was given by Keenan Wynn as the twin managers from opposite sides of the Atlantic. He does a fine job of creating very different identities. There is some wonderful dancing in this movie. Fred Astaire is marvelous as always. I was very impressed by how well Jane Powell keeps up with his terpsichorean abilities. I never thought of Miss Powell as a dancer, but she shows some impressive skills in this picture. From ballroom dancing to tapping, she is great in every number she does with Mr. Astaire. By far, the most impressive dance number in this movie is the dance routine Fred Astaire performs to “You’re All the World to Me,” in which he dances up the walls and on the ceiling. This phenomenal effect was created by a hamster cage-like room which turned all the way around. The songs were all charming. Jane Powell has an opportunity to sing several times, and so does Fred Astaire. My favorite number was “How Could You Believe Me,” in which Jane and Fred play a Brooklyn couple. The dancing is great, and the accents with which they sing the funny lyrics are very amusing. I also enjoyed seeing the clips of real footage from the Royal Wedding. This is a really cute movie!

I highly recommend this film to my readers. I think that musical fans will enjoy it. It has some really great numbers in it. It is one of many fabulous MGM musicals from the late 40s and early 50s which I have seen. Some people seem to think that they all have a similar plot or formula, but I think that each has a unique premise and some special characteristics. This movie is also an interesting historical look at the real royal wedding. It’s a lovely film. I’m sure that you will enjoy it as I did. I can’t believe that it took me this long to watch it!