Another week has passed, and it is now Sunday, February 16. This is the end of the third week in February. Thus, it is time for another article in our weekly Code film series, 52 Code Films. For each of the seven weeks which have passed so far in 2019, I have written one article every Sunday about a new Code film which I watched during the week. This series has been an excellent opportunity for me and my family to explore some new movies from the Golden Era of Hollywood. Although we have enjoyed discovering new classic films for the last couple years, we have made a point to watch at least one new movie from the American Breen Era (1934-1954) every week in the new year. I look forward to another forty-five weeks of discovering wonderful old movies which are brand new to me!

This week’s film topic is Lady on a Train from 1945. This film is a unique mixture of genres, since it is a Deanna Durbin musical as well as a murder mystery. This is the second Deanna Durbin film I have reviewed in a row and the third of her films I have featured in the series so far. This is the last film for us to watch on her film collection, the six-pack Sweetheart Collection. Like the film which I reviewed two weeks ago, this movie has Ralph Bellamy in it. This is a movie with a familiar cast but a novel plot filled with suspicion, mistaken identity, and a beautiful soprano’s singing.

A young San Francisco debutante takes a train to New York to spend the holidays with her aunt. The train stops briefly just outside the city. The girl looks up from her murder mystery to see a real murder being committed through the window of a building by the tracks. She is highly disturbed to have witnessed this crime but vows to solve it. She is met at the station by the nervous man from the New York office of her father’s business who was assigned to look after her. While he attempts to bring her to her hotel, she evades him and goes to the police station. She tells an officer that a young man, whose face she couldn’t see, murdered an old man in bedroom slippers with a crowbar, but he thinks she is joking. She goes to her hotel and begins planning to contact her favorite mystery writer for advice on how to solve this case. She eventually gets into the energetic young author’s apartment, but he thinks that she is asking for advice on a story. At his suggestion, she futilely tries to locate the building in which the murder was committed. That evening, she follows the author to a newsreel showing which he is attending with his jealous fiancée. In the theater, she sees a news item about the death of an industrial giant, whom she recognizes as the old man she saw murdered. She goes to his estate that night and climbs over the wall to explore. Much to her surprise, a young man encounters her but seems to expect her. He brings her inside, and she realizes that he has mistaken her for the nightclub singer who was engaged to the deceased millionaire, who was his uncle. Two nephews and their aunt have gathered at the gloomy house that night to hear the reading of the will, which reveals that the nightclub singer is the sole beneficiary of the fortune. Everyone says that the old man died falling off a stepladder at his house, but the debutante knows otherwise. She sneaks around the house and finds a pair of bloodstained slippers, hiding from a sinister servant to successfully take them with her. The aunt is violently hostile to the girl, but the two brothers seem interested in her. The younger brother is rather sneaky, but the older brother acts very sincere and genial. The young lady is now in the middle of a complicated case of mistaken identity and misrepresented inheritance. She uses all her tricks to get the attractive young writer as her ally on the case. However, she is in the middle of a complicated web of deception and danger involving all the people surrounding the deceased. Her own life is threatened every moment as she struggles to discover the murderer before he strikes again! 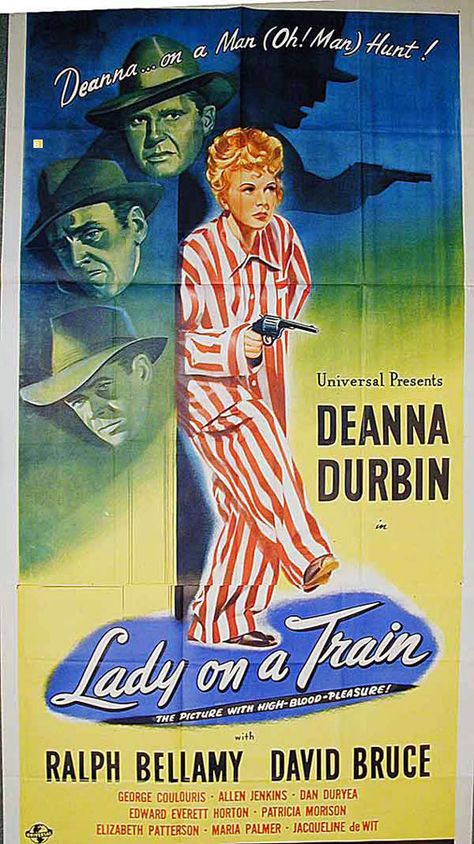 This film was directed by Charles David. It was produced by Felix Jackson with associate producer Howard Christie. The production company was Universal Pictures. The screenplay was written by Edmund Beloin and Robert O’Brien after an original story by Leslie Charteris. Deanna sings three previously-written songs in this film. This movie was nominated for an Academy Award for Best Sound Recording for Bernard B. Brown.

This is a fair Code film. My first instinct was to classify it as good, since it is generally a very well-handled picture. It has a wholesome premise. Nikki is a decent girl who innocently and bravely risks her own safety to solve a crime. I appreciate the fact that no indecent implication was made about Margo Martin’s relationship with the deceased millionaire; they seem to have been wholesomely engaged to be married. In general, the film is Code-compliant. However, the inclusion of some unnecessary violence compels me to label it fair. The most glaring problem is that a corpse is shown with his eyes open. He is seen briefly and from a distance, but his open eyes are unnecessary and rather gory. The Code encouraged corpses to have their eyes decently shut, but there are occasional exceptions such as this. Also, there is a prolonged fight between Wayne and Mr. Saunders. It isn’t really gory, but it seems somewhat unduly violent. In addition, two women get slapped. In general, this is an inoffensive, charming film. However, it could have been a little less violent without being any less entertaining. 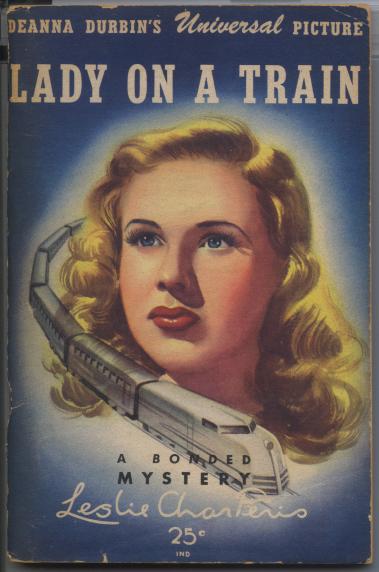 This is an excellent film. I thought that it was a really captivating mystery. The story is complex, multi-layered, and continually surprising. In her later films, such as this, Deanna Durbin often sang popular songs instead of the opera arias which she performed as a younger girl. In this movie, she sings a lovely rendition of “Silent Night,” since this is a Christmas film. When she poses as a nightclub singer, she sings “Give Me a Little Kiss,” a 1920s popular song, and Cole Porter’s “Night and Day.” These songs don’t show her full musical abilities, since she was an excellent classical soprano. However, she was always a charming performer, and she was surprisingly good at popular music. I thought that the acting in this movie was excellent. Miss Durbin was very good as the curious Nancy Drew-like female sleuth. I enjoyed David Bruce’s performance as the energetic mystery writer who is reluctantly dragged into a real murder; I never saw him before this, but I liked him in this role. I was very impressed by the acting of the supporting characters. The director and the actors did a great job of creating convincing suspects. Although there are some people whom you suspect from their first entrances, you can’t really be sure who can be trusted and who can’t until the very end. I thoroughly enjoyed this film. It had an effective mixture of suspense, music, and humor to be exciting and lighthearted at the same time.

I highly recommend this film to my readers. It is an enjoyable mystery which I think will be appreciated by fans of suspense films and film noir, although it is not officially in the latter genre. It has enough music and humor to lighten things up, but it is not a song-a-minute musical. As a matter of fact, it is the least musical of all six films I have seen with Deanna Durbin. The three songs are just supporting elements to the storyline. I think that viewers will enjoy the amusing humor which is cleverly interwoven with suspenseful drama. The acting is strong and convincing. I found the plot to be engaging and surprising enough to be entertaining, with a good twist at the end. This film is no Hitchcock movie, but I recommend it for just that reason. It is a good movie to watch when you want to see a mystery without being kept awake for hours after watching it. It has suspense without the chilling tension which distinguishes Hitchcock films. The violence which gives this movie its fair classification is not enough to be very offensive to average audience members. I recommend this film for light suspense fans. It is a good movie to watch when you want laughs, love, songs, and murders packed into an hour and a half, with a Code Seal thrown in!