Today I am publishing my first article in my 52 Code Films series. In 2019, I have designed a challenge which will expand my scope of Code films. Every week, I will watch a Breen Era (1934-1954) film which I have never seen before and write an article about it. Thus, by the end of the year, both I am my readers will have learned about 52 Breen Era films which are new discoveries to me.

My film for Week #1 is Since You Went Away from 1944. I watched it on January 1, New Years Day. A few weeks before Christmas, my mother heard about a Christmas movie we hadn’t seen, I’ll Be Seeing You from 1944. When she went to purchase that film on Amazon, Since You Went Away was recommended to her, since both films were produced by David O. Selznick in 1944. When I announced the 52 Code Films series, I decided that the new movie we were saving for New Years Day would be the perfect selection for the first movie in the series. 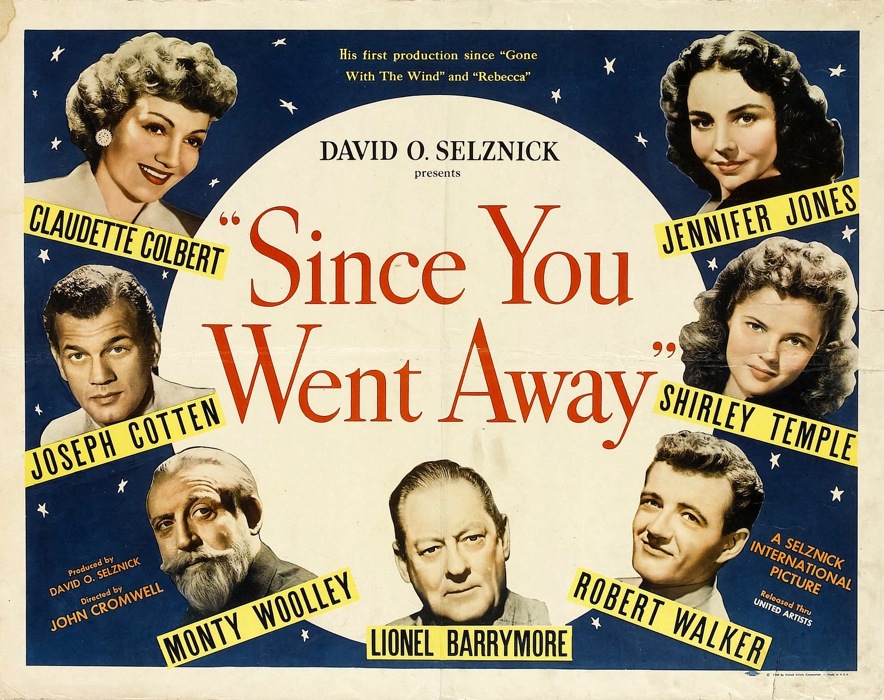 This is the story of an American mother and her family on the Homefront during World War II, struggling to keep going while her husband is in the army. Her older daughter is a seventeen-year-old who is infatuated with officers, and her younger daughter is a sweet high school girl who tries to stay cheerful during the difficult times. To boost their income, the family decides to take in a border, a curmudgeonly retired colonel. Although he is disagreeable and demanding at first, the kind ladies of the house soon begin to melt his heart. The family is cheered by a visit from the parents’ best friend, a charming, fun-loving naval officer who is a bachelor because he can never find a woman as wonderful as the lady his best friend married. The girls have always called him “uncle,” but the older sister is now infatuated with the handsome older man. However, she soon finds a younger admirer in their border’s shy but kind grandson, a reluctant enlisted man who yearns for his gruff grandfather’s approval. While her mature beloved is away, the romantic, generous damsel learns to love the sincere but insecure young private, whom she wants to encourage to confidence. The three women struggle to do their part and help the war effort for the glory of their country, God, and the men they love. 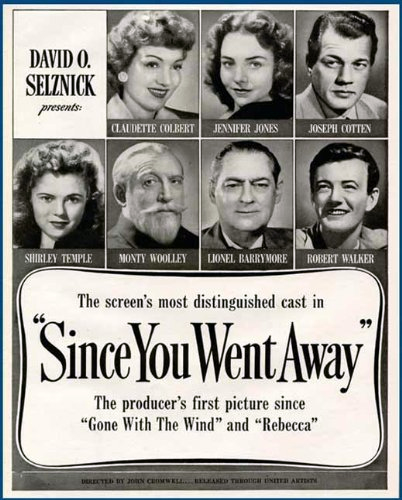 This film was produced by David O. Selznick. It was directed by John Cromwell. The screenplay was written by David O. Selznick, based on a book by Margaret Buell Wilder. The film was nominated for eight Academy Awards, including Best Picture, Best Actress for Claudette Colbert, Best Supporting Actress for Jennifer Jones, Best Supporting Actor for Monty Wooley, and Best Black-and-White Cinematography. It won Best Score for the original music written by Max Steiner.

This movie is a perfect Code film. It is free from objectionable elements, and it has something extra. It is extremely patriotic and inspiring. As the characters deal with tragedy and hardship, they strive to keep the family together and struggle to help the war effort. They willingly sacrifice personal comfort to aid the general cause of their country. There is a very inspiring scene in a church in which Lionel Barrymore, playing a minister in a single-scene role, delivers a very moving sermon about war and peace in relation to God and duty. Also, the brave Hilton ladies say some very touching prayers of fear, hope, and faith as they worry about their beloved Mr. Hilton in harm’s way. The United States was able to survive the horrible struggles and deaths of World War II because of the patriotism and courage which movies like this displayed and encouraged. Even now, seventy-five years after the war raged in Europe and the South Pacific, this movie is so inspiring. It reminds us of the importance of patriotism, courage, and service. Although our country is not currently enduring such trials, we can always learn from movies like this. They encourage us to make our country worthy of the sacrifices which the valiant soldiers made for us so many years ago. 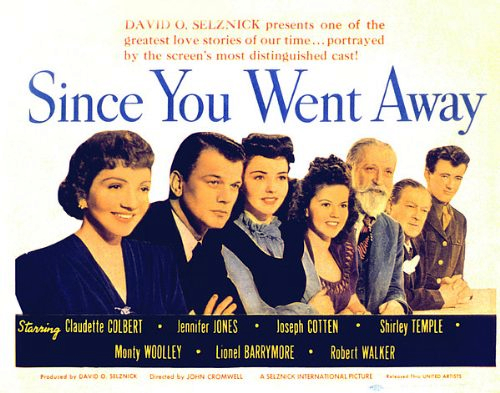 I thought that this was a beautiful film. I watched it under a week ago, and I already want to watch it again. It is three hours long, but it is not wearisome. Every minute is captivating. The movie begins with Ann Hilton’s arrival at her house after her husband’s departure for the war. Her voice is heard as she talks about their life together and the troubles she will face without him. Within five minutes, everyone watching was on the verge of tears! I have never become emotionally involved with a movie so quickly. Just minutes into the first scene, the whole audience was drawn into the life of this sweet wife and mother. Even if she has never had a loved one in the service, every woman can relate to the feelings of Ann Hilton, especially as she is portrayed by Claudette Colbert. By the same token, every man can relate to Mr. Hilton’s emotions upon leaving his beloved wife and daughters as a middle-aged man to do his duty to his country. The romance is tender in this film. The depictions of youth and young love are very touching. All the actors give beautiful performances in their roles. The direction is excellent, and the cinematography is lovely. Although I think that he could be overdramatic, Max Steiner wrote an exquisite but subtle score for this movie. This film is one of David Selznick’s finest works.

I highly recommend this film. It is a wonderful drama, a sweet romance, a stirring war story, a touching family tale, and a patriotic masterpiece. It is three hours of sheer cinematic genius. I recommend this movie to men, women, and children. Anyone who loves classic films should enjoy this picture. It depicts World War II in detail, but no war scenes are shown. This is a drama about and dedicated to the American Homefront and the brave people who kept it strong. This is a great example of a Code film!

This week, I also watched six other new Code films. Although I will list them here, I will write about them some other time: The Farmer’s Daughter from 1947, The Talk of the Town from 1942, Tell It to the Judge from 1949, The Young in Heart from 1938, That Brennan Girl from 1946, and The Miracle of the Bells from 1948.