In the 1980’s and 90’s Walt Disney Studios began producing a large amount of animated fairytale films, predominately in the genre now known as Disney Princess movies. The Classification and Rating System seemed to attach a certain stigma to these films and rated every one of them G, although many of them deserve at least PG. However, from a self-regulator’s point of view, even films that seem to be worthy of a G rating are not necessarily Code-compliant. For instance, The Little Mermaid, a favorite Disney classic, although deemed acceptable for mainstream audiences by most people, contains multiple elements which would have kept it from receiving a PCA seal of approval.

For this Breening Thursday, I, Rebekah Brannan, am going to breen a beloved, famous Disney film, Beauty and the Beast. Though it contains many charming, beautiful, and sweet moments, this film also has multiple elements which could offend a sensitive viewer. In this article, I will show how this film could have been made perfectly acceptable as well as amusing and enjoyable, so that the most morally sensitive audience member could watch it without a single wince. Now, the chandeliers dim, the audience quiets, and the screen comes to life! Get ready to be our guest, because here comes Beauty and the Beast!

The storyline of this film is very well-known, particularly to fans of Disney, so I will not bother to tell it. Instead, let’s get straight to the breening!

This concludes my breening of this film. It’s amazing to see how even the most seemingly innocent films can have many objectionable elements. Even a Disney animated film meant for children contains indecent costumes, vulgar lines, suggestive scenarios, and dangerous subliminal messaging. This just goes to show that even a G-rated, animated fairytale film is not necessarily an entirely clean, family-friendly movie. Although many of you may find it upsetting, disturbing, or even cruel to criticize this famous, beloved film, I feel that it is important to realize the problems and dangers in this film. 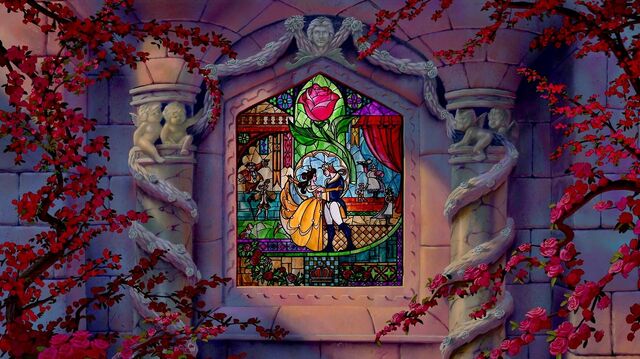 2 thoughts on “Breening Thursday: 9. “Beauty and the Beast” from 1991 by Rebekah Brannan”