Welcome, ladies and gentlemen! We have some news items to discuss today. We have several articles in the process of development. However, before we publish them, we would like to tell you what we are doing right now and in the near future.

Firstly, the Pure Entertainment Preservation Society is proud to be member #1933 in the Large Association of Movie Blogs (LAMB). We were eager to start participating in this exciting group, so I suggested the Acting School Feature for September. MovieRob, who always hosts the Acting School 101 feature, graciously accepted my proposed actor of the month, Mickey Rooney. Since Mickey Rooney was born on September 23, 1920, this is a fitting time to celebrate the longest film career in cinema history. You can read the reminder post for participation in this event here.

To celebrate this event, MovieRob is inviting other writers to submit articles, lists, and podcasts about Mickey Rooney to him by September 10. Any Mickey Rooney material sent to actingschool101@movierob.net by September 10 will be featured in the celebration! As he does every month, Rob posted a podcast about Mickey Rooney and Acting School 101 on the first Sunday in the month. He was gracious enough to invite me to join him on this podcast, which was my first experience recording one. You can listen to it here. 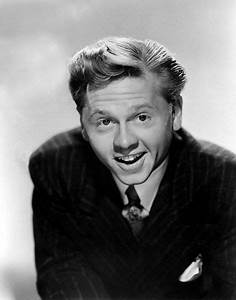 Please join this wonderful event yourself! I have sent Rob five past articles I have written about Mr. Rooney to join the fun. In addition, I am working on a special Rooney feature, which will be published some time before September 10. Why don’t you write your own article about this marvelous actor? No matter what time period of films you like, there are Rooney films to be found. He made his debut in silent films in 1926 and kept acting until his death in 2014.

In addition, Rebekah and I are going to be featured on the Lambcast this month, which we are recording this Sunday. We have been accepted as participants in the game Lambpardy, and we are looking forward to it. Be sure to tune in!

Also, I am going to be participating in MovieRob’s monthly feature, Genre Grandeur. Every month, a different blogger chooses a topic for him, and he invites other bloggers to write about their favorite films from this genre. The month, the genre was selected by Steve of MovieMovieBlogBlog, and it is screwball comedies. If you want to participate, review your favorite screwball comedy or comedies and send them to Rob at screwballsteve@movierob.net. It sounds like a lot of fun! Keep checking back for my article of participation.

In conclusion, I would like to announce a brand new series here at PEPS. I am proud to officially announce The Breen Letters, a special series of articles written by actual descendants of Joseph I. Breen. Through the dedicated work of my friend Promise Pope on Facebook, I have been able to get in personal contact with several of Mr. Breen’s grandchildren and great-grandchildren. They have proved to be a very unique, kind, and helpful group. In the next few days, I will be publishing the very first letter, written by a grandson who has personal memories of Joe Breen, his grandfather who died when he was twenty-two years old. The letter will be filled with stories, recollections, musings, and family photographs. The purpose for this series is to bring Joe Breen closer to you and to reveal his true identity as a man. He has gained the reputation of being a cold-hearted censor, but he was so much more than that. Through intimate information from his own blood descendants, I hope to show the man behind the work, the true and wonderful person. To know the man is to know his work and how he changed Hollywood during his twenty years as head of the Production Code Administration.

Keep coming back for the newest articles throughout September!