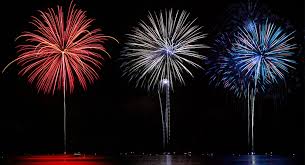 Happy Independence Day! Today is July 4, the 242nd anniversary of the day the United States of America declared our independence from England! The Fourth of July can easily become just another holiday from work and school. It seems that many Americans are more interested in parties and barbecues than patriotism and the real meaning of this holiday. To remind ourselves of Independence Day’s real significance, there is nothing more effective than watching classic films.

Today is the 4th day of #CleanMovieMonth. One of the reasons we dedicated July to Code entertainment is the fact that it holds America’s Independence Day. The Breen era was a time when patriotism and Americanism were proudly held in front of the nation every day. We needed that patriotism to help us combat fear and poverty during the Great Depression, defeat tyranny during World War II, and remain strong against communism in the post-War years. During that time, it was wonderful to be an American. There are hundreds of Code films which are very patriotic and inspiring.

To celebrate our independence, I am going to review one of them. Last year, I wrote about Yankee Doodle Dandy, a very popular patriotic musical starring James Cagney from 1942. You can read that review here. However, this year, my choice is a less obvious one. I am going to write about an MGM musical from 1939 which is set in 1868, when the West was being developed by the arrival of the railroad. This movie is Let Freedom Ring, starring Nelson Eddy and Virginia Bruce. In the midst of greed and corruption, one lone voice rises above the plains to cry out for the justice and freedom on which our country is based.

Maggie Adams owns the restaurant in a small Western community, Clover City. She and kind old Tom Logan await the return of his son, Steve, her sweetheart who has been studying law back east. The honest folks in Clover City curiously await the arrival of the railroad, which is being brought into their city by a financier from New York City, Jim Knox. However, they quickly learn that Mr. Knox is a greedy, unscrupulous thief who will do anything to get the land he needs for the railroad, including burning the homesteaders off it. When Steve returns, his friends and family are horrified to hear him agree with and defend Mr. Knox. Disgusted by his friendliness toward Mr. Knox, his father says that he isn’t welcome in his house. Maggie is thrilled by the return of her beloved Steve, but she is disturbed when he says that he wants to get in with the railroads. Thinking that he is betraying them, she becomes very cold to him. Meanwhile, Mr. Knox is aggressively pursuing Maggie himself, hoping to make the pretty young woman his bride. Steve becomes very friendly with Chris Mulligan, the clueless Irishman who oversees the immigrant railroad workers. All Mulligan needs is a drink of whisky and an Irish ditty sung by Steve to please him. Little does everyone know that Steve’s friendliness toward the railroad workers is just an act. He and his piano-playing friend, the Mackerel, are planning to destroy Mr. Knox’s monopoly in town by swinging the immigrant workers to their side and winning the position of judge for Tom Logan. However, can two lone men defeat a huge monopoly? Will freedom ever reign in Clover City again? Will Steve be able to convince his friends and sweetheart that he is on their side? Watch the movie to find out!

This was Nelson Eddy’s second feature film without Jeanette MacDonald. Virginia Bruce was a singer, but, in this movie, she only sings briefly on the set and at the beginning of one song. Because of this, Nelson Eddy’s wonderful operatic voice really has a chance to shine. He sings “There’s No Place Like Home” in a sentimental rendition which brings tears to the eyes of every man in the saloon. When he sings “Love’s Serenade,” it is a romantic moment which melts the heart of Maggie and every person in the audience. In an impromptu parlor performance, he sings “When Irish Eyes Are Smiling,” and Chris Mulligan, being reminded of his homeland, wipes his eyes with his hat. Afterwards, he makes up a comical Irish jig, “Off to the Mountain, Off to the Cave,” secretly sending a message to the Mackerel. My favorite song is “The Dusty Road,” a dramatic Western song which is both inspiring and anguished. Mr. Eddy shows his vocal expertise and his dramatic acting ability in this stirring number. Later, he sings a rousing patriotic song called “Where Else but Here.” This exciting number quotes our national anthem. As Nelson Eddy appeals to the different immigrants, he brilliantly demonstrates his Italian, German, and Russian accents. The film’s musical finale is a chorus of “My Country ‘Tis of Thee.” It begins with the lone voice of Virginia Bruce, who is soon joined by Nelson Eddy. Eventually, the whole ensemble is singing the patriotic strains of “Let Freedom Ring.”

This is a perfect Code film. Of the fifteen feature films Nelson Eddy made, five were perfect Code films, which is a very impressive statistic. This film is very inspiring and patriotic. It depicts the revolt against tyranny without encouraging rebellion. Instead of weakening democracy, it strengthens the American system by opposing tyrants who are trying to destroy it. One of the strongest points about this movie is its depiction of a man who is willing to risk his popularity, his safety, and even his life for the cause of justice and freedom. This film also teaches an important message about immigrants and the need for them to understand America. In this story, the railroad workers of diverse descents came to America for jobs. They blindly obey Mr. Knox and Mulligan because they pay them and frighten them into submission. However, these ruthless bosses call them cattle and have no consideration for their feelings and well-being. Because these men are ignorant, they are allowing themselves to be used as political pawns in the election. As Mr. Knox says, “They would vote for Judge Bronson if he were a giraffe.” Steve is determined to use the power of the press to bring the truth to these men so that they can decide for themselves. “That’s the nice thing about America,” he says. “A man’s as good as he thinks he is. All he has to do is think.” This situation clearly shows that America can only succeed if its occupants understand its principles. A lot of people come to America in search of freedom, but our liberties are based on ideals which must be understood to be appreciated. If our citizens don’t continue to study and treasure our history and ethics, our country can’t remain strong.

July is a month for celebrating freedom. Both the American and French Independence Days occur during this month. However, I think July 15 is an Independence Day as well. Many people think of the Code as censorship, restriction, and oppression, but it was really an important freedom. On July 15, 1934, American films and society were freed from the tyranny of obscenity and immorality. Prurience is a bondage which shackled the pre-Code era and continues to imprison the modern film industry. In the bondage of indecency, creativity and artistry cannot flourish. The industry had to be freed from cheap sensationalism to really flourish and achieve its Golden Era.

The Code is a distinctly American concept and idea. We maintain liberty through a strong police force and efficient judicial system. Without laws against crime, we would be unable to have liberty. Our country has liberties because its citizens have ethics and principles. Thus, only such a nation could create a self-regulatory system such as the Code and the Production Code Administration. Instead of a government censor, the leader of this organization was a common man who rose out of the people. Thus, he understood them. It was a very democratic, American system. Because of this noble self-regulation, Hollywood stood out amongst the film industries of the world in terms of decency and quality. European films couldn’t compare to the decent entertainment which Hollywood produced under the Code. Because of that, Americans had another quality of which to be proud. Hollywood was not only the wealthiest film industry in the world. It was the best because it chose to be above cheap sensationalism by regulating itself. That’s the American way, and it’s something which our country sorely needs.

This Fourth of July, watch a good Code film that praises the American way of life. While appreciating its decency and quality, ask yourself what that sort of patriotism in modern films could do for our country. Perhaps it would inspire pride and loyalty in our youth and remind our citizens that America is a great country which should be, as our Founding Fathers foresaw, “a city on a hill.” 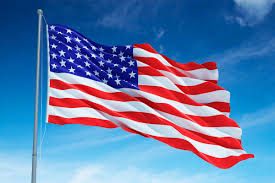