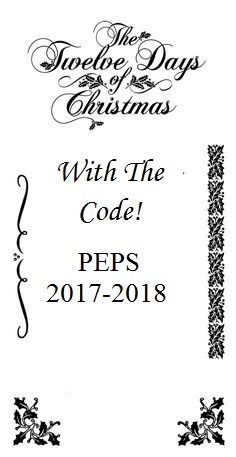 Today is Russian Christmas. Starting on Christmas Day, I wrote one article during each day of the twelve days of Christmas. In each article, I discussed a Code Christmas classic during my series “The Twelve Days of Christmas with the Code.” Yesterday was the finale, the Epiphany. Today I am doing an encore to the series for Russian Christmas. Since the Eastern Orthodox Church celebrates its holidays later than the Western Christian churches, Russians celebrate Christmas, New Year’s, and the Epiphany later than Westerners. One of the only movies I know which depicts Russian Christmas is Balalaika, a 1939 Russian musical drama with Nelson Eddy and Ilona Massey. Come along with me as as I describe the story, discuss the music, consider the Christmas scene, and reveal our hypothesis about a secret in the last scene.

The acting is excellent in this movie. Everyone creates his character very deeply. The music is an excellent addition to the picture. Nelson Eddy was a magnificent singer, since he was trained for opera. In this movie, he sings some really great songs. The first time you see him, he is riding a horse and singing boldly. The most marvelous musical moment is probably when Peter sings “The Song of the Volga Boatmen” for all the conspirators. He starts a capella, then the musicians join in. He sings one really long note that is just astounding, then he goes into the next phrase without taking a breath! Singing long phrases was one of his best talents. In addition, he had an exceptional Russian accent which he used in this song and in the pronunciation of Russian names and places. When he reprises “At the Balalaika,” he sings with brilliant melancholy. You can just hear the sadness oozing out of his voice. He was a phenomenal singer that MGM was very fortunate to employ.

Russian Christmas is a very sad night for the Holy Russian officers, as Christmas is for any soldiers who are at war. They have a tree and Christmas borscht, but the scene is far from completely cheerful. Peter is particularly dismal. The other men are trying to keep their spirits up, but he is undeniably miserable because of Lydia. When the Austrian soldiers start singing, their voices are distant and beautiful. The soldiers are surprised, since the Austrians celebrated their Christmas two weeks earlier. They realize that the enemies are singing for them. I’m not sure if they are trying to trick them; they probably are. All the Russians go outside to listen. As it gently begins to snow, Peter sings along with the famous German Christmas carol. When the camera closes up on his face, there are tears in his eyes. It is very moving.

In the last scene, Peter is brilliantly sad. The director, Reinhold Schunzel, created an extremely melancholy, nostalgic quality. All the Russians sadly sing about the glory days that are forever gone. When Peter sees Lydia in the mirror, all his troubles should vanish. He should be ineffably happy. One would expect him to smile, turn, and kiss her passionately. He doesn’t do that, however. He just stares in the mirror. In fact, the fake smile he had assumed for the ceremony completely drains off his face. After a few too many seconds, he turns around and walks toward her with a stunned look on his face. He and Lydia get very near each other; she looks like she wants him to kiss her, but he doesn’t. He just looks at her. Finally, they press their cheeks together and turn their faces toward the camera. Why did Peter react so strangely? My sister and I have a theory. When we first watched this movie, Rebekah said something as soon as she saw Lydia in the mirror: “That’s Jeanette MacDonald’s costume from Maytime!” It is undeniable that her costume is identical to the one that Miss MacDonald wore in the opera scene in the 1937 movie she made with Mr. Eddy. Here are pictures of both costumes.

Our theory is that Reinhold Schunzel wanted to get a very dramatic reaction out of Mr. Eddy in this scene, so he put Miss Massey in Jeanette’s costume without telling the leading man. When Nelson saw her wearing that costume, he was genuinely shocked. We believe that he loved Jeanette very much before she chose to marry another man. To see another woman in her costume was very shocking and disturbing to him. Ilona Massey was most definitely not Jeanette, so he just couldn’t kiss her. Maybe that’s why he has a big, fake smile in the final shot of the movie. All this is pure conjecture, but Rebekah firmly believes it, and I agree. If you still aren’t convinced, leave a comment, and Rebekah will give even more detailed reasons.

Thank you very much for reading the articles in this series. If you didn’t see all thirteen of the previous entries, look at the original posting to see the full list. Thank you for your support. Please follow us, share these articles on social media, sign our petition, and like the individual postings. If you liked this article, join the blogathon we are hosting in February that is all about Jeanette MacDonald and Nelson Eddy! 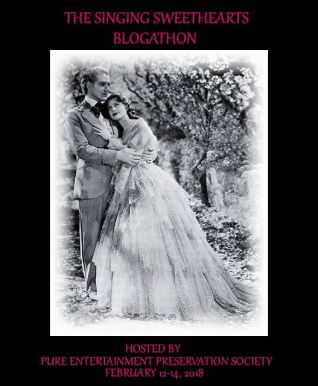 7 thoughts on “The Encore of the Twelve Days of Christmas with the Code: “Balalaika” from 1939”