Texas, Brooklyn, and Heaven is a 1948 B-picture which was made by Robert S. Golden Productions but distributed by United Artists. This simple, unassuming little picture will never be called a masterpiece, but it has simple charm which makes it endearing to me. As the title implies, this movie is about Texas, Brooklyn, and a little bit of Heaven on earth. The original tagline was, “For those who think that Texas, Brooklyn and love are wonderful … here is your picture!” I am reviewing this film for the Texas Blogathon at Midnite Drive-in. Let’s saddle up, pardner, and head on down to Texas to hear about a tale of love and golden horses! 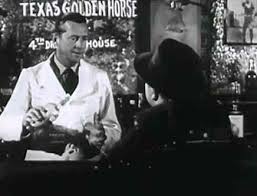 The movie opens in a bar in Brooklyn. Mike, a friendly bartender and our story’s narrator, is just receiving a new customer. This fellow notices the advertisement on the wall for the Texas Golden Horse, Mike’s special drink. His deal is, if you buy three Golden Horses, you get the fourth one and the story that goes with it for free. The customer, who is eager for a free drink and curious about the reason for Texas in the drink’s name, agrees to hear Mike’s tale while partaking of his special cocktail. Mike’s narration leads us to the story. We’ll tell each part of the story by moving from one location in the title to the next. We’ll start with Texas. 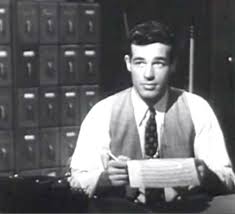 The actual story begins in Texas. Eddie Tayloe is working on a newspaper in Dallas, but the energetic young man is discontent with his boring job at the Fort Worth desk. He never gets to do anything. When he receives word that his grandfather has died and left him $6000, a money belt, and two revolvers, it is all he needs to make him quit his job and head for New York, where he will try to be a playwright. He is driving through the huge Lone Star State when his car breaks down. As he is uselessly tinkering on his automobile, a girl walks out of the bushes and tells him to quiet down, since she is trying to sleep. Eddie is initially shocked, but he soon learns that the young lady is Perry Dunklin, a high-spirited girl who is going into the wide world since she is running away from home. She fixes his car for him, and he agrees to take her as far as she wants to go. 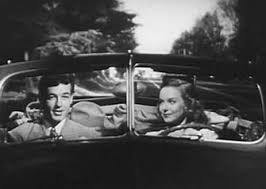 As they are driving along, she confesses that she is really just leaving Texas because her brother who owns a service station has gotten married, so she feels that she is in the way. It is not long before the radio declares the startling news that a robber, Red Car, is loose in the Dallas area. When the glove compartment opens and reveals the two guns Eddie inherited from his grandfather, Perry thinks that Eddie may be the criminal. Even though she soon realizes that he is not an outlaw, the Red Car joke lasts all the way to New York City.

When Eddie and Perry reach New York, he finds a room in a cheap hotel, but Perry decides to stay in Brooklyn. She says that it sounds like “a truly wondrous place” and quickly proceeds to find a nice room in a stable where she can stay. Eddie thinks she is a little crazy, but he learned that about her long ago. When she is on the subway one day, an elderly lady tries to pick her pocket. 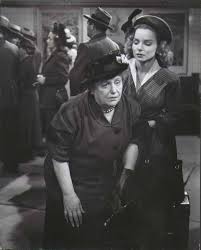 The old woman confesses that she has been a pickpocket for years and that she is just hungry.

When her fainting draws a crowd and a policeman, Perry says that she is her mother, and that Eddie, whose address she gives, is her brother. Perry’s warmth, kindness, and concern for the old thief makes her turn respectable.

They find a home for themselves in the stable of three disagreeable spinster sisters, the Cheevers, who take great pride in their priggishness and meanness.

However, maybe Perry can warm up even these three. After all, Brooklyn is “a truly wondrous place.”

While Perry and her “mother” are trying to make an honest living in Brooklyn, Eddie is discovering that his play is either bad or unlucky. Every producer in town has turned it down.

After the last producer has rejected his play, Eddie meets Mike, the bartender at his hotel. Mike makes Eddie a Golden Horse, and they become fast friends.

After a night of too many Golden Horses, Mike suggests a Turkish bath for Eddie, who thinks he really needs to ride a horse through Texas sage brush. Mike tells him that he knows just where to find a horse he can ride, despite the fact that it is beginning to pour. What Mike produces turns out to be a little bit of Heaven.

Where is the only place one can ride a horse through sage brush in Brooklyn? Gaboolian’s Riding Academy, of course! It is a unique room in an office building which features several mechanical figurines which can be rode. There are two horses, one camel, an elephant with a litter on its back, and a sail boat. The unbelievable place is run by a sleepy old man with a foreign accent who only wants to take a nap in the house atop the elephant’s back.

His only regular customers are a retired sea captain who pretends to sail the ship and a Scotsman who goes on a daily safari on the camel. Eddie quickly realizes that the riding academy would be the perfect place for Perry to work. He convinces Mr. Gaboolian that Perry will be a perfect assistant, and he will even give Mr. Gaboolian her salary, since he wants to help Perry without her knowing it.

Perry is simply thrilled with the job, since she thinks that the Riding Academy is heavenly. Of course, she has lots of ideas about how it could be improved. When Mr. Gaboolian gets fed up with the business after some technical difficulties, she has a chance to test her ideas because Eddie buys the academy. The new name, “The Golden Horse Riding Academy,” doesn’t do much to improve business. After a Christmas Eve of great publicity because of several visiting Santa Clauses and a police raid, the thawed-out Cheever sisters decide to buy the riding academy. Eddie and Perry get married and leave Brooklyn to go back to Texas, where their Golden Horse Ranch becomes a true Heaven for them.

Eddie Tayloe is played by Guy Madison. He is a young man who thinks he is looking for success, but he is really just looking for the right girl to marry and with whom to enjoy life.

Perry Dunklin is played by Diana Lynn. She is a girl who thoroughly enjoys sharing the large capacity she has for love by helping others, but she won’t let herself fall in love until she has helped enough other people.

Mike is played by James Dunn. He is a fellow with a quick sense of humor who knows from the beginning that Eddie and Perry belong together on a ranch in Texas; he makes a good story-teller for this movie.

Mr. Gaboolian is played by Michael Chekhov. He is a funny old man whose response to everything seems to be, “Uh-yesss?”

Their adopted mother is played by Florence Bates. She is a woman who has been a criminal all her life but is reformed by Perry, since she is the first person to treat her with love. The rest of the cast is also humorous and effective.

I think this is a charming, cute movie. It doesn’t demand anything from the viewer. You can watch it at any time and simply be distracted from life’s problems by its uncomplicated, wholesome humor. It may not seem like a masterpiece, but it is in its own subtle way. It is the sort of masterpiece that every Code film is. I think any film that can be reasonably acceptable to almost anyone is a kind of masterpiece. It is just good, wholesome, clean entertainment which can be enjoyed by everyone. Some people may think that this sort of movie is corny, but, to quote Walt Disney, “I’ve found that most people like corn.” Corn can be very nourishing and tasty compared to the artificial, unwholesome, highly processed entertainment which is fed to modern audiences.

I would like to thank the host, Quiggy, for letting me join this round-up of mighty fine Texas movies. It was right neighborly of you to let me join, pardner. I sure do appreciate it. By the way, don’t y’all take offense at my lingo. I’m talkin’ like a cowboy of the Ol’ West. I don’t mean that all Texas talk like cowpokes. I think Texas is a grand state! I hope this blogathon is as successful as Texas is large!

By the way, one good blogathon deserves another! I am hosting my very first blogathon, “The Great Breening Blogathon,” on October 13-15. It is all about the Golden Era of entertainment on the Silver Screen. We are celebrating the birthday of a sterling gentleman, Joseph I. Breen, who was the head of the Production Code Administration from 1934 to 1954. It was his wise and prudent enforcement of the Motion Picture Production Code during these years that made the Golden Era golden! He has sadly gotten the black reputation of a censor, but he was not one; he was a self-regulator who was appointed and liked by filmmakers. During these two wonderful decades, he kept red dialogue and blue scenarios off the Silver Screen, so audiences poured into the theatres. The studios’ finances went from being in the red to in the black in a few months! Join this blogathon to find out what it was like to be a filmmaker during the Golden Breen Era!