If you have ever driven or walked down Hollywood Boulevard, perhaps you have gone far enough east of the Hollywood Walk of Fame to reach the corner of Western Avenue. Where Hollywood Boulevard and Western Avenue meet, you may have seen a beautiful old building with ornate carvings of human forms and faces and a CVS in the bottom level. This four story building, which is pictured at the top of this article, is the former home of the Production Code Administration; it is a magnificent structure called the Louis B. Mayer Building, Hollywood Western Building, or Hollywood and Western Building.

L. B. Mayer constructed this building in 1928 to be the home of the Motion Picture Producers and Distributors of America, Will Hays’s organization. When this opulent building was unveiled with the lavishness of a film premier, Norma Shearer unlocked the door with a golden key. Aside from housing the MPPDA, the building held the ineffective operations of the Studio Relations Committee for four years. In 1934, it became the headquarters of the PCA. On the fourth floor, the office which oversaw all of Hollywood was neatly and effectively run. Joseph I. Breen sat at the head of the table, facing away from the windows which overlooked the movie-making city.

In 1950, the PCA moved to a new location on Beverly Boulevard. The old location continued to house the MPPDA, which had been renamed the MPAA. It had also been used as rehearsal space for MGM since its foundation. Although Mr. Breen did not retire until four years after the relocation, he soon began to withdraw fro the PCA due to failing health. To me, something of the original magic of the PCA and the Code remained in the Hollywood Western Building.

As Hollywood’s glory waned in the post-Code years, the Hollywood Western Building fell into disrepair. During the latter part of the 20th century, the building was deserted and inhabited by vagrants. Disreputable businesses, including manufacturers of obscene art, took residence in the building. The irony of this never ceases to strike me. The building which had once been the seat of purity in motion pictures became a den of obscenity, libertinism, and prurience. Although the building was named Los Angeles Historic-Cultural Monument #336 on January 1, 1988, the area was still crime-ridden and dangerous. The building was damaged in the 1994 Northridge earthquake, as well. Since then, the neighborhood has improved, and the building has been refurbished. It is now leased to reputable tenants. In 2015, it was listed on the National Register of Historic Places. I believe that the building is now for sale, and CVS no longer occupies it. It has tenants, but in a way, it is just sitting there, waiting for the enforcers of the Code to occupy it again.

I think that the Hollywood Western Building’s history reflects the timeline of purity in Hollywood. The building flourished when Mr. Breen operated the PCA in it. After he left it, it slowly but gradually began to decay, just as films did. By the 1970s, the building was in disgrace, disarray, and disrepair. The film industry and the public had forgotten the past and morality just as they had forgotten the building. Now, in the 21st century, morals are anything but restored. In fact, I think that morals are at their lowest point now. However, there is an affection and reverence for history and the past which is becoming very prominent in American society. The building, like the past, is being acknowledged; the time has yet to come when the Hollywood Western Building and the morals which inhabited it will return to their rightful places.

The Hollywood Western Building is waiting for the Code to return. I believe that Providence has spared the building for PEPS. It was not meant to be rental facilities for politicians or a location for drugstores. It was meant to be the home of the Motion Picture Production Code of 1930 and the Production Code Administration. Someday, when we of the Pure Entertainment Preservation Society successfully bring the Code back to Hollywood, the New Production Code Administration will need a headquarters. It will be no place but the Hollywood Western Building.

PEPS will buy the building and restore it to its former glory as much as possible. The NPCA will occupy not just the fourth floor but the whole building. The main room on the fourth floor will become James Brannan’s office. As the head of the NPCA, he will sit as Mr. Breen did, overseeing all the films in Hollywood and protecting the morals of the nation. The rest of the building will hold offices for the other executives of the PCA, their secretaries, and any other staff members who may be necessary. The New Advertising Code Administration will also be in the building if there is room. 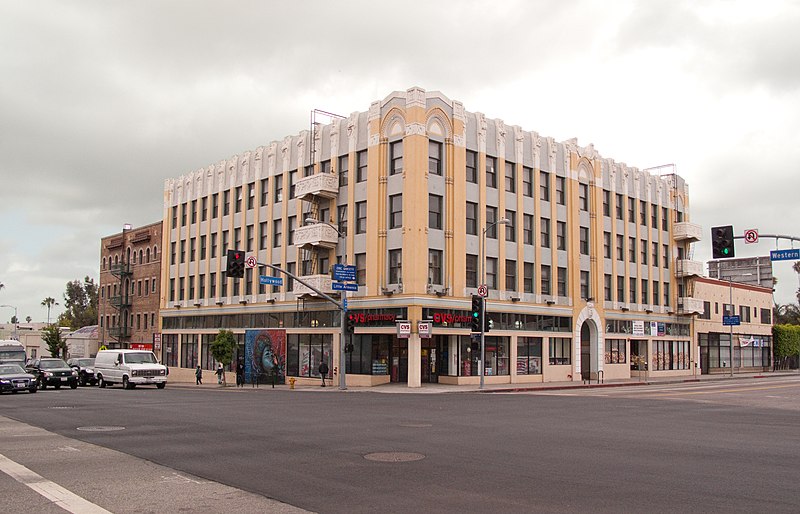 One thought on “Saturdays of the Future: 7. The Hollywood Western Building”