I have been writing on WordPress since October 17, 2016. During that time, I have received a lot of kindness and support from my fellow authors. In return, I am going to nominate three other authors for awards. 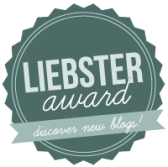 I am nominating Silver Screenings because Ruth has been so kind and supportive. She has liked many of my articles, and she has given me some lovely compliments. Also, she was the first writer to introduce me to blogathons. I put my name on the list for the Great Villain Blogathon a few days before it began, not really understanding the workings of blogathons. I thought I had to receive some kind of approval. Suddenly, I realized that the blogathon had begun, and I had to submit my article soon. Ruth was so sweet and accommodating about receiving my late entry, and she helped me with the links, Twitter, and all the other details I did not understand. Also, the list of blogathons at her website helped me find more in which to participate. Since I participated in that first blogathon, my website has come to life. My number of followers has greatly increased, my views have gone into the hundreds, and I have not had one dormant day. This is my way of saying thank you to her for helping me to become involved with the right group. Also, I think she has written some perfectly marvelous articles.

I am nominating Champagne for Lunch because I just discovered her column, and I really enjoyed her writings. I would like to get to know Simoa, and this seems like a good way to start. I too am a young woman who loves old movies, so I think we may have a lot in common. Also, I noticed that she is a Catholic. Since the Code and the Production Code Administration were started and run by devout Catholics, I have been looking for a Catholic to help me reach the Catholic Church. Simoa, if you are interested, I would be  thrilled to make you the Catholic Advisor of the Pure Entertainment Preservation Society. I am a Protestant, but I have the utmost respect for the Catholic Church because Joseph Breen, the head of the PCA and my favorite historical figure, was a strong Catholic. If this is too soon, perhaps we could get to know each other better first.

I am nominating Pfeiffer Films and Meg Movies because Paul S. is my most devoted follower. We began to interact when I asked to participate in his Screwball Comedy blogathon, and since then he has liked almost every article I have written. I greatly appreciate his support. I want to thank him for this and to say that I truly enjoyed the Screwball blogathon. It was grand!

As I’m sure you all know, the One Lovely Blog Award requires the nominee to list seven facts about himself, and the other two awards require the nominees to answer eleven questions which are chosen by the nominator. Below are the eleven questions. I have answered them myself to show how I would like them to be answered, since some of them are a little odd. Paul, you may answer the questions too if you like. I would enjoy seeing your answers, as well.

Now, I would like to ask each of my nominees to do me a great honor. I would like to invite each one of you to co-host a blogathon with me in the fall. I would like to co-host a religious film blogathon with Champagne for Lunch in September. It would be a chance for authors to write about their favorite religious films or just their favorite religious character, sermon, prayer, or sacred moment in a secular film. Since Mr. Breen was always pleased by Catholic reference in films, many classic films contain a Catholic element. Thus, our blogathon would have an emphasis on Catholic elements. However, we would welcome an element from any religion, Christian or otherwise. I think it would be enjoyable even for people who are not religious, since some very poignant film moments contain a religious emphasis. We could call it “The Religious Film Blogathon: Movie Moments that Recognize a Higher Power.”

I would like to co-host a blogathon with Silver Screenings in October called “The Great Breening Fest.” I would like it to be around Mr. Breen’s birthday, October 14. In this blogathon, we would have two categories; perhaps we would give each category one or two days. In the first category, the participants would breen pre-Code, non-Code, Shurlock era, or Disney films going to 1970. (I hope you understood the Code language I used in that sentence.) In the second category, the participants would write about movie ideas they have which they think would have made good Code films. They could also suggest a book, play, short story, or poem which could have been the basis of a Code film. We would require these submissions to be made early so we could comment on them before the actual blogathon began. On each film, we, or perhaps just I, could comment on where there needed to be more breening and where it was changed well. We could also comment on where changes to story ideas needed to be made. By October, I will have published many Breening Thursday articles, so the participants will have many examples of how to breen films. This probably sounds terribly complicated, but I think it would be a lot of fun.

I would like to co-host a blogathon with Pfeiffer Films and Meg Movies in November called the “Why So Late?” blogathon. In it, participants will discuss films which they wish were made earlier, actors which they wish were born earlier, or artists whom they wish had arrived in Hollywood earlier. I would like it to be around the first of November, since I want this blogathon to commemorate the end of the Code in 1968, when it was replaced with the rating system. These articles can be written from the standpoint of the Code or simply from an artistic point of view. I think Paul would be good at co-hosting this, since I have noted a common theme in his articles, which is that his two favorite actresses would have been swell in the 1930s and 1940s. That is the idea of this blogathon.

I hope you will honor me with accepting. If you are too busy or would rather not, however, I understand. I  look forward to receiving the answers to your questions and seeing your nominees for the awards.

Since we are interacting, I feel we ought to know each other’s names and locations. I am Tiffany Brannan, a young lady from Southern California in the United States of America. I think that Ruth from Silver Screenings is from Canada, Paul S. from Pfeiffer Pfilms and Meg Movies is from the United Kingdom, and Simoa from Champagne for Lunch is a first-generation Cape Verdean, but I would like to know your full names and exact locations.

Good luck with your columns, and thank you to my readers for enduring the lengthiness of this article!

8 thoughts on “Awards and Blogathons”